Abortion is a Right. Abortion Access is a Jewish Value. 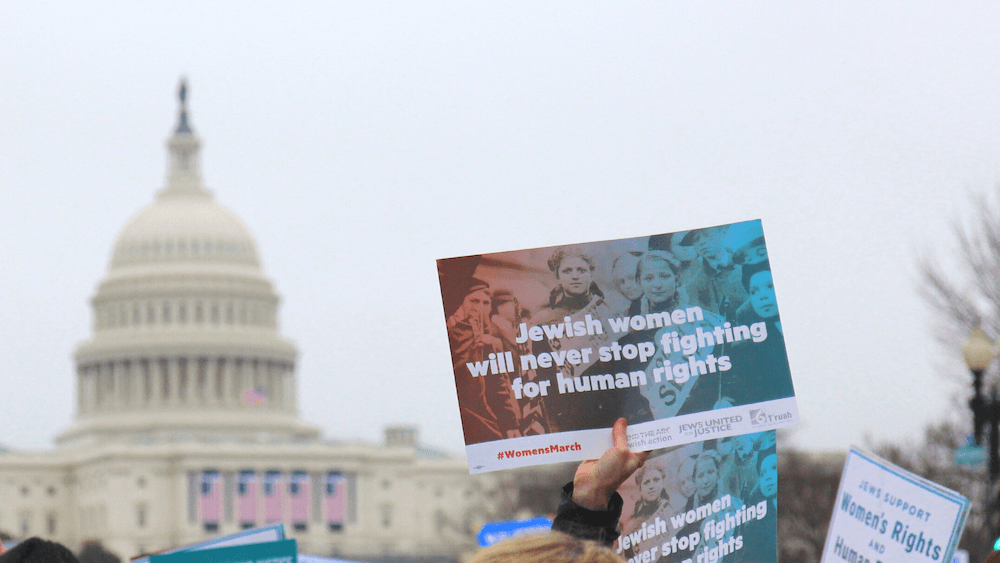 An unprecedented leak from the Supreme Court just revealed devastating news: extremists on the Court are prepared to overturn Roe v. Wade.

Join us in protecting our country from authoritarianism from courts and legislatures — join a rally near you at 5PM local time.

We’ve known this day might come, but it doesn’t make this any less devastating: the conservative majority on the Supreme Court is planning to overturn Roe v. Wade.

While it’s not yet a legal ruling, there is no question that a minority political movement of white nationalists and Christian nationalists is working to redefine who has rights in this country, whose voice counts, and who belongs. This draft is their blueprint for forcing their unpopular views against the will of the people.

We must act now.

If Roe v. Wade is overturned, we’ll see bans on abortion go into effect in over 20 states, with more on the way.1 We’ll see the rights of millions of women and people who can become pregnant under attack — especially the Black people, people of color, and poor people whom this ruling would hit hardest if enacted.2,3 The draft opinion from Justice Samuel Alito lays the groundwork for the Court to roll back landmark civil rights rulings, from access to contraception to protections for same-sex and interracial marriages.4,5

Today: Join thousands of us who are flooding the streets. At 5PM local time today, join your neighbors at a courthouse, town square, or federal building near you and declare: Abortion is a right. We need to show a massive public outcry to push back against right-wing authoritarianism.

Then, on Tuesday, May 17, join the Jewish Rally for Abortion Justice in Washington, D.C., led by our friends at the National Council for Jewish Women. Spread the word to friends and family in the DC area. Together, we’ll make it clear that abortion access is a Jewish value.

How we got here:

State legislatures across the country have been passing laws attacking voting rights and slashing access to reproductive healthcare for years.

At the same time, Republican senators — representing a minority of Americans — stole a Supreme Court seat from our first Black president. Then, they pushed through three justices appointed by a president who lost the popular vote by three million votes.

75% of Americans and 53% of Republicans believe the choice to get an abortion should be between a pregnant person and their doctor.6

The right is using all of their power to dismantle civil rights and undermine our democracy. They want us to be scared and feel powerless. But we have the popular will, we have our moral outrage, and we have our love for each other to build a country for all of us.

We still have time to act. There’s a narrow window for the Senate to end the filibuster and pass national legislation protecting abortion rights. That means increasing pressure on President Biden and Democratic leadership to act right now.

We know this news may be hard to process. Take time to mourn, rage, and be in community.

But know this: reproductive justice organizers, abortion fund networks, and millions of people like you have been preparing for this moment. Together we are strong and can keep our communities safe.

Today at 5PM local time, and every day after, get ready to act — for yourself, for your loved ones, for your neighbors. For us.

Sources
1. Guttmacher Institute, 26 States Are Certain or Likely to Ban Abortion Without Roe: Here's Which Ones and Why
2. The New York Times, To Be Pro-Choice, You Must Have the Privilege of Having Choices
3. The 19th, Leaked Supreme Court draft decision on abortion could stop patients from seeking the procedure
4. Time, The Enormous Consequences of Overruling Roe v. Wade
5. The New Yorker, If Roe v. Wade Is Overturned, What's Next?
6. Planned Parenthood, The Polling Is Clear: Stop Calling Abortion a “Divisive” Issue