This week, Rep. Paul Gosar (AZ-04) — an aggressively xenophobic right-wing extremist — attacked us on Twitter for calling out Laura Loomer, the self-described “proud Islamophobe” who’s running for Congress. Loomer is so hateful that Twitter, Facebook, and Instagram (even Uber and Lyft!) had no choice but to ban her. 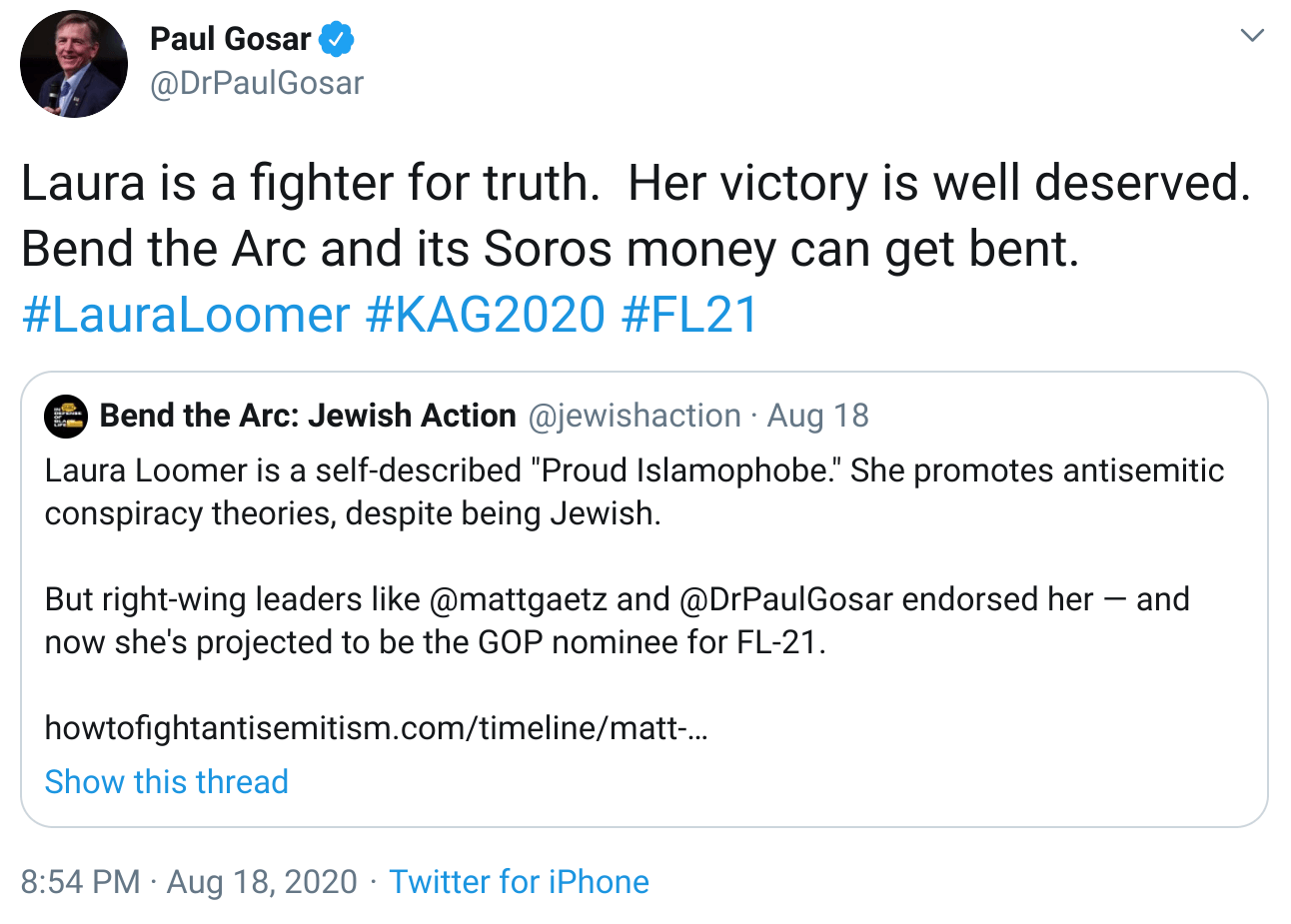 It’s not surprising that one of America’s most conservative members of Congress is spewing casual antisemitic rhetoric about us on a national platform. But it’s a reminder that America is facing a stark choice between two visions: an America committed to justice and equity, where there’s a place for everyone; and an angry, hate-driven nation.

We know where we stand. And our PAC has endorsed powerful candidates who are committed to turning our shared values into policy.

Gosar’s attacks on us aren’t dog whistles: they’re as loud as yelling into a microphone, dangerously promoting antisemitic conspiracy theories that put our community and our allies at risk.

People like Gosar and Loomer are the engine that drives white nationalism, and Bend the Arc’s work pushes back against white nationalists like this — calling out injustice and inequity, and fighting for the inclusive and optimistic nation you and I believe in.

Our PAC endorses candidates who will fight alongside us. They’ll battle white supremacy, and work for an end to police violence. They’ll advocate for dignity for immigrants, and for basic rights for LGBTQ people. And, after the last four disastrous years, there’s so much more we all have to do.

White supremacy is built into the structure of this nation, and white nationalists like Gosar and Loomer want to keep it that way forever. We need every Jewish American to join with us, and help show that our country will be greater, our moral force clearer, our future more hopeful, with every advance we make toward the multiracial democracy this nation can and should be.

White nationalists attack us because they fear us, and they’re right to fear us. There are more of us. Our moral force is greater. Our determination is more forceful. And if we stand together, we will prevail.