NEW YORK – This week, Bend the Arc Jewish Action organized the American Jewish community’s largest voter mobilization against Donald Trump’s presidential campaign in swing states across America. As part of its "Let My People GOTV" initiative, Bend the Arc Jewish Action recruited more than 300 volunteers who have knocked on 22,000 doors in Florida, Pennsylvania, Nevada, North Carolina, and Ohio to get out the vote and defeat Trump.

The 'Let My People GOTV' project took place on Oct. 30 and 31 and included Jewish activists who traveled from California and New York to help mobilize voters of all faiths in these key swing states. As recent polling shows the campaign tightening, voters in these states will be key in deciding the outcome of the 2016 presidential election. 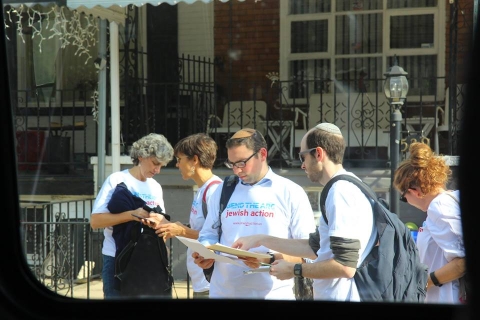 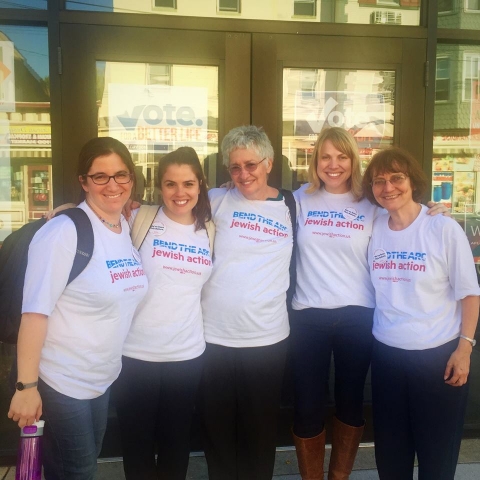 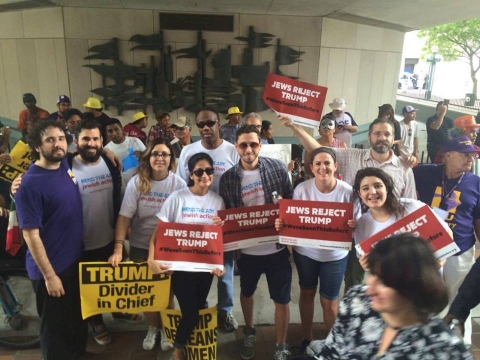 "Over these two days, we heard from thousands of voters who are ready to stand up against Trump's violent, racist agenda," said Stosh Cotler, CEO of Bend the Arc Jewish Action. "As Jews, we have seen this kind of hatred before, and organizing in these key states is critical to making sure that Trump's bigotry is rejected by the American people on Election Day. We are committed to standing with the targets of Trump's hateful rhetoric—immigrants, Muslims, women and people of color—by mobilizing voters to ensure his defeat."

For more information about the 'Let My People GOTV' initiative and Bend the Arc Jewish Action's work to oppose Trump, visit www.weveseenthisbefore.org, or contact Elliot Levy at [email protected] or 202-800-7409. For additional photos of the GOTV work, click here.

Bend the Arc Jewish Action is a national organization inspired by Jewish values and the steadfast belief that Jewish Americans, regardless of religious or institutional affiliations, are compelled to create justice and opportunity for Americans.