We elected Democrats in 2020 to stop Trump’s cruel immigration policies. Instead, they just gave them even more money.

On March 28, President Biden will release his budget — a reflection of his administration’s priorities. As American Jews and allies, we are calling on him to change course and fund a humane immigration system — add your name. 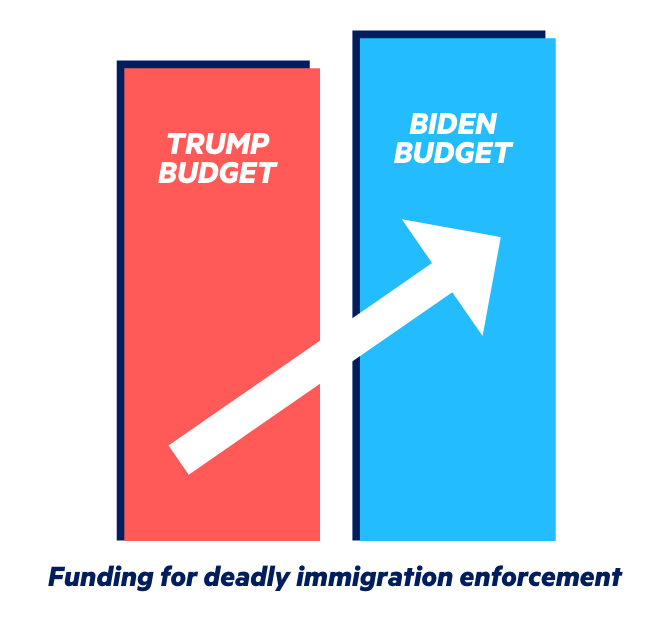 As American Jews and allies, we believe budgets are not just a reflection of our spending, but of our moral values — and whose lives we value.

In that spirit, we are calling on your administration to keep your promises to immigrant communities and voters and hold dangerous agencies like ICE and CBP accountable.

We demand a budget that dramatically decreases funding for the detention, deportation, and surveillance of immigrants and border communities. Instead we call on you to invest in legal representation, community-based support programs, and true alternatives to detention that keep immigrant families together and in the communities seeking to welcome them with open arms.

* These demands come from a statement of priorities led by the National Immigrant Justice Center, American Immigration Council, Center for Victims of Torture, Detention Watch Network, United We Dream, and Women’s Refugee Commission, signed by more than 130 organizations, including Bend the Arc.