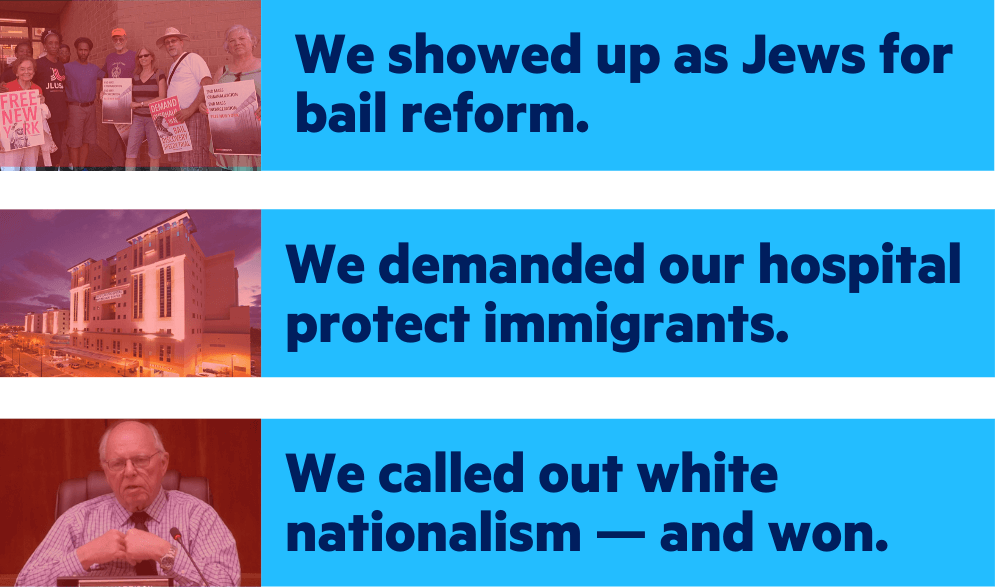 Right now, during an absolutely heartbreaking time for Jewish people, local leaders from Bend the Arc are organizing to protect all communities targeted by bigotry and violence.

When Trump was elected, we put out a call: Gather a minyan in your community and we’ll help you organize to fight for our safety, justice, and freedom.

Three years later, there are 14 Moral Minyans across the country — from Seattle to Ann Arbor to Albuquerque.

Here are three stories of bold, loving, moral action by Bend the Arc leaders. If you’re inspired by this work, join our leaders and hundreds of progressive Jews and allies in DC this May at our national conference, Pursuing Justice 2020. Learn more and sign up today.

Over the past two years, our New York leaders fought alongside an incredible statewide coalition that helped pass historic new bail reform laws.

Starting January 1, thousands of New Yorkers — mostly poor people and people of color — will no longer be languishing in county jails for months or years because they can't afford bail.

But right now, some elected and law enforcement officials are cynically weaponizing the tragic attacks on Jewish communities to try to roll back bail reform.

In response, Bend the Arc leaders in Riverdale and on Long Island sprang into action: mobilizing 350 calls to Governor Andrew Cuomo in 24 hours, putting out a joint statement with progressive Jewish organizations and congregations, and setting up meetings with elected officials and the Governor’s office.

Because of our coalition’s work, the narrative is already starting to change: three Jewish State Assemblymembers published an op-ed explaining how bail reform is in line with their Jewish values — and Bernie Sanders and Elizabeth Warren tweeted out their support.

Together, we’re making it clear: our Jewish community proudly supports bail reform and we will not tolerate anyone using our community’s pain to roll it back. 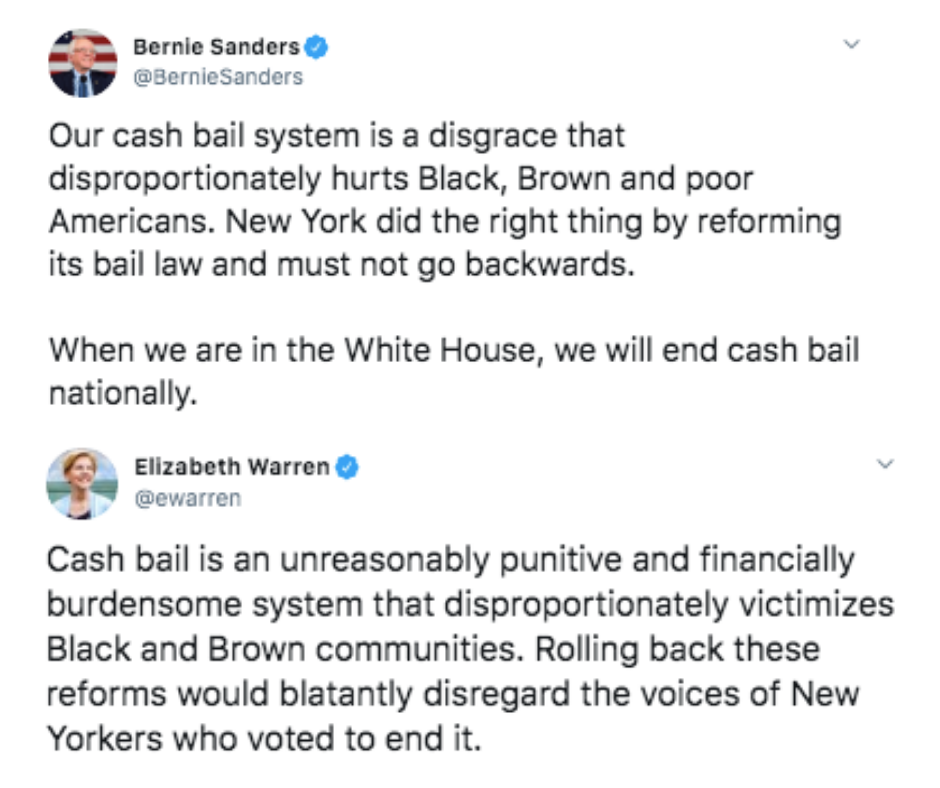 In October, Customs and Border Protection (CBP) agents in Florida arrested and detained an undocumented woman who was receiving care at Aventura Hospital and Medical Center. The hospital staff allowed an officer to enter the patient’s exam room — actively cooperating with CBP and turning her over to immigration officials.

Our Bend the Arc: South Florida leaders were outraged. Together with partners at the Florida Immigrant Coalition, they created a petition demanding that the Aventura Board of Directors protect the confidentiality and safety of all future patients, regardless of immigration status.

Ten local rabbis and cantors have signed on, and the South Florida Jewish community is mobilizing in support. Next month, leaders will be delivering the petition to the Board of Directors and working closely with immigrant community members.

On December 26 in California, news broke that Jim Harrison, the San Luis Obispo (SLO) County Planning Commissioner, was being honored with a Citizen of the Year Award.

There was just one big problem: he had posted memes on Facebook calling for a ban on Islam, comparing Democrats to Nazis, and promoting other racist and antisemitic tropes.

Our SLO Moral Minyan leaders mobilized quickly, drafting an open letter in partnership with five other community organizations. Together, they called on the Chamber of Commerce to rescind his award and for Harrison to be removed from his position.

Their quick work has quick results: Harrison declined the award right before the Chamber of Commerce was voting to rescind it. Just days later, he resigned.

From New York to South Florida to San Luis Obispo, Bend the Arc leaders are showing up as Jews and making tangible change in their communities.

It’s a core part of our mission at Bend the Arc — to equip local Jewish leaders with the tools they need to win progressive victories, show up for communities under attack, and hold elected officials accountable.

Sign up now for Pursuing Justice 2020 — it’s a perfect opportunity to meet other Jewish organizers, share stories of making change, and build your skills for the 2020 election and beyond.

Thank you for all you do. Together, we’ll keep fighting for a country where all of us are safe and free.