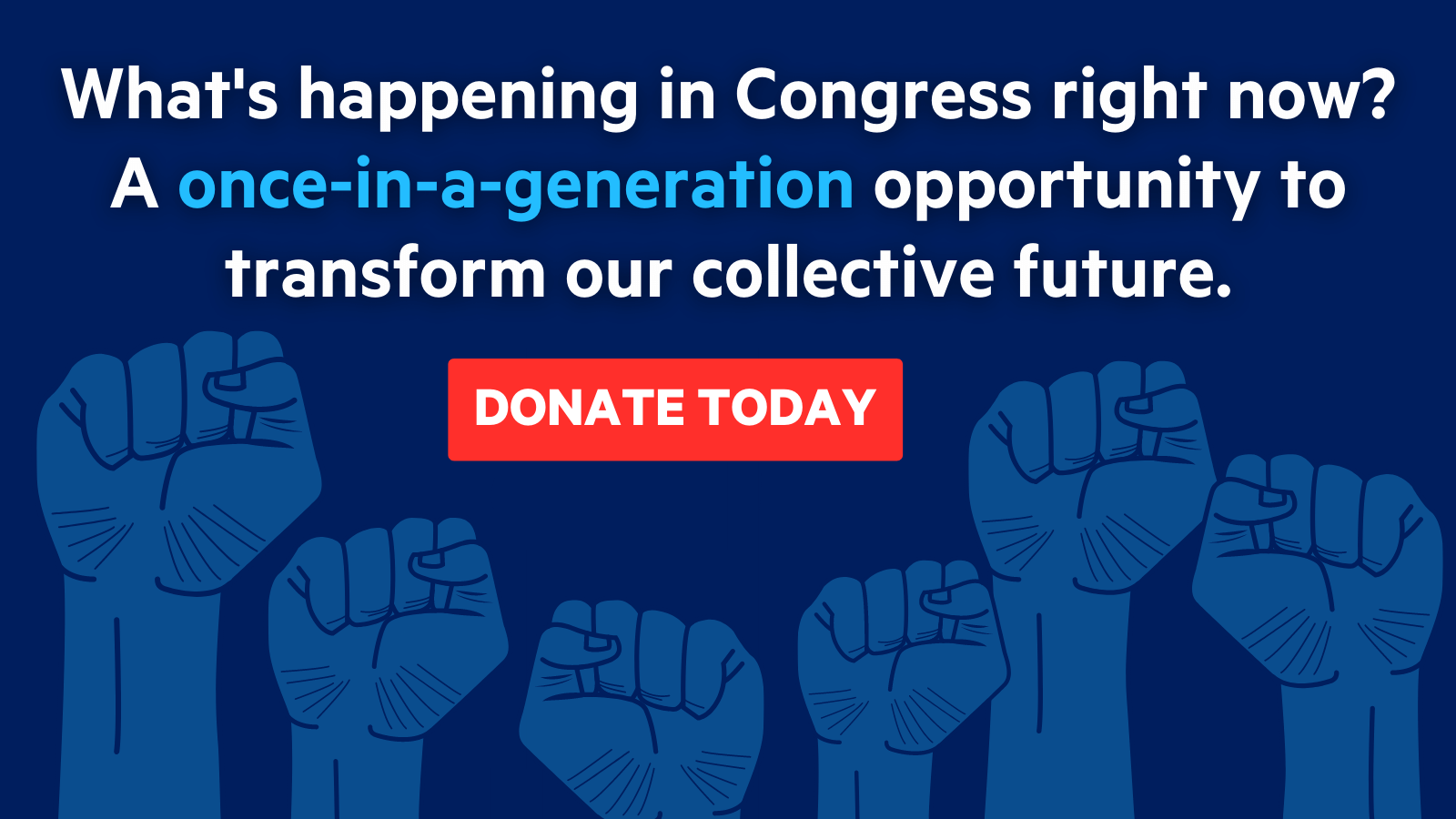 Progressives in Congress are flexing power like never before — and to say it’s a HUGE deal is actually an understatement.

We’re in the middle of a once-in-a-generation fight to transform what’s possible in our collective future — including improvements in health care, a life-changing pathway to citizenship, long-overdue climate jobs & infrastructure, affordable housing, and more.

Instead of passing lukewarm legislation that makes only corporations and Republicans happy, our champions in Congress are going head-to-head with conservative Democrats like Senators Manchin and Sinema to deliver this long-overdue win for the American people. Last week, in the face of immense pressure, progressives in Congress stuck together to keep the Build Back Better Act alive and continue negotiations for these transformational policies. It’s the first time we’ve seen the progressive coalition wield this kind of power for the people.

But you’ve seen the news — progressives need backup to see this fight through to the end. When you give to Bend the Arc, you’re joining a movement of thousands of progressive Jews and allies who have the backs of our progressive champions and are fighting for a better future for all of us. Chip in with a gift of $18 today.

This is the biggest fight of the year and Bend the Arc has been there since the beginning.

This month, you can find us at the People’s Watch — an upswell of the progressive movement — taking daily action to make our voices heard on Capitol Hill and at the White House. 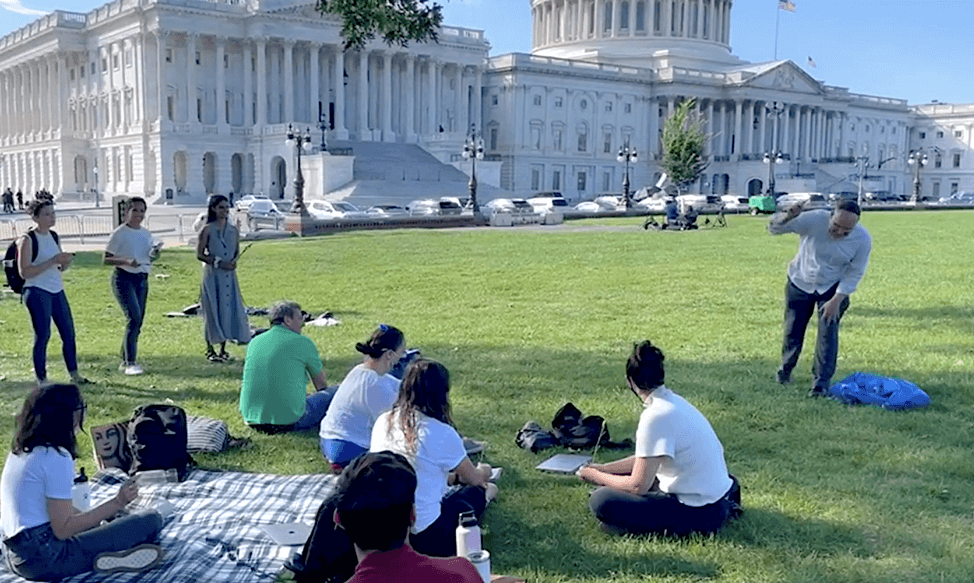 Rabbi Jason Kimmelman-Block, Bend the Arc’s Washington Director, leading People’s Watch in a powerful Hoshanah Rabbah (end of Sukkot) ritual of beating a willow branch against the ground to focus on the destructive ideas and behaviors we want to let go of in this new year, like racism and white supremacy, so we can build a country where everyone can thrive.

By donating to Bend the Arc today, you are contributing much-needed resources to power our movement forward in this fight. Your gift of $18 will fund actions to back our progressive champions, including public Jewish ritual, constituent advocacy, and lobbying in DC.

The next deadline is coming up the week of October 31. This month, our movement has a clear and important role — continue to raise our voices loudly and back our progressive champions in negotiations with the White House, Congressional leadership, and the members of Congress who are holding President Biden’s agenda hostage. Together we’re going to win the Build Back Better Act and transform our collective future.

Last October, Bend the Arc members contacted millions of Jewish and swing state voters to defeat Trump and make this moment of transformation possible. This October, with that same energy, we will win by:

We need you in this fight. Together, we have the power to build a new future for our communities — where the wealthy pay their fair share, millions of immigrants have a pathway to citizenship, and families have access to healthcare, child care, housing, and more. Donate $18 TODAY to provide the resources necessary for transformational Jewish organizing. 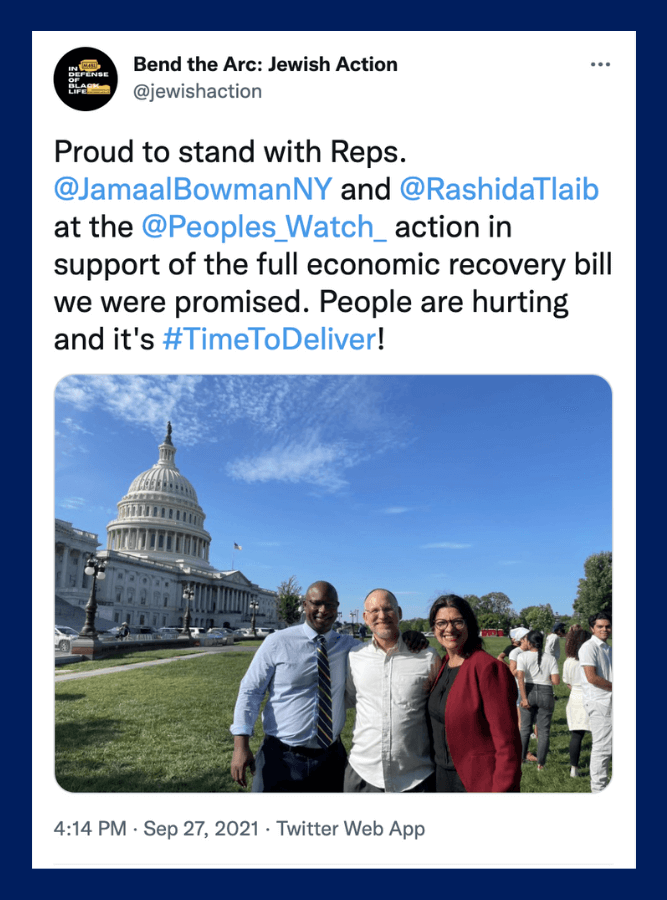