A Jewish Zine about Breonna Taylor and Defunding the Police

A Zine by Bend the Arc: Jewish Action Louisville

In early June 2020, we – the newly organized Bend the Arc: Jewish Action Louisville Moral Minyan – released a letter titled Louisville Jews Stand with Black Lives Matter Louisville in demanding justice for Breonna Taylor. Hundreds of Jewish Louisvillians signed on to stand in solidarity. As the summer continues, we are still organizing in solidarity with the uprisings for Black lives and fighting for justice for Breonna Taylor.

For Tisha B’Av, the saddest day of the Jewish year, we knew it was important to grieve and reflect with our fellow Jews. As an educational resource and a guide to action, we decided to create a zine – and release it on Tisha B’Av – highlighting the urgency of defunding the police in Louisville. We hope this zine inspires more people to get involved.  As each day passes without justice for Breonna Taylor, the urgency becomes more clear to us.

At Bend the Arc: Jewish Action Louisville, we know that defunding the police & protecting Black lives, including Black Jews, are Jewish values.

We will continue organizing to make these values a reality.  We encourage you to read and share this zine – and take action with us. 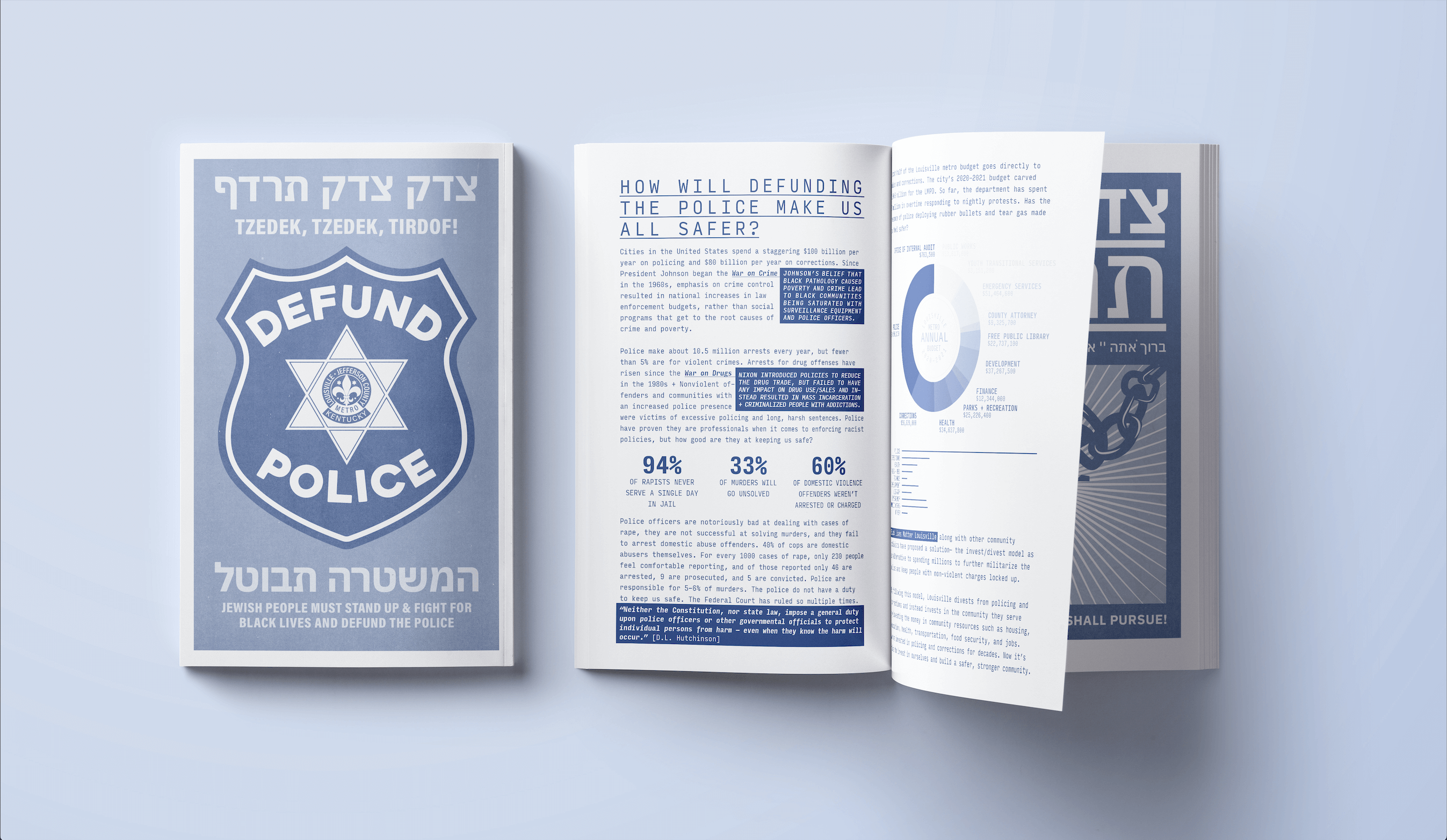 If you have any questions, please feel free to reach out to us at [email protected]