Website
Join us for a national call on Inauguration Day to celebrate our victory and learn about the next steps in our fight for justice. 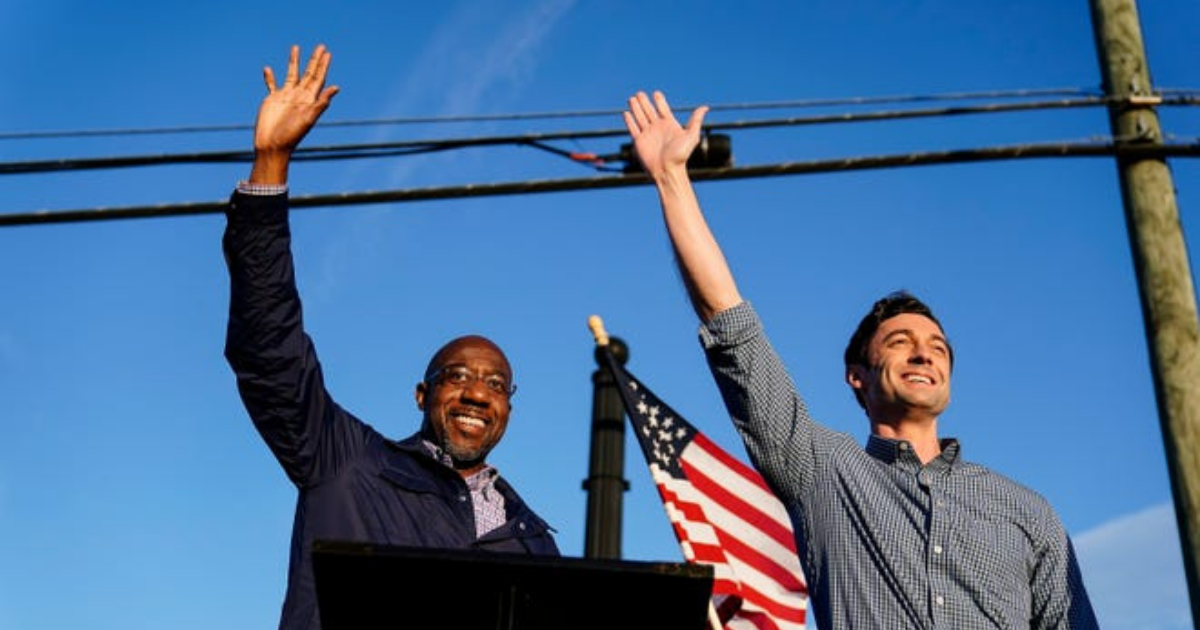 This is big: Rev. Raphael Warnock and Jon Ossoff are both expected to win — and when they’re sworn in, the Democratic Party will control both houses of Congress and the Presidency in a historic rejection of the politics of fear and division.

Georgians have made history again: After going blue in November for the first time in nearly 30 years, they’ve elected the first Black Senator and the first Jewish Senator in state history.

We’re so grateful for our leaders and partners in Georgia for their sustained organizing. Their commitment and vision made it possible for Georgians to elect leaders who truly believe in all of us.

On the evening of Inauguration Day we’re going to gather to celebrate our victories and organize for what’s coming next. RSVP to join us!

From the White House to Georgia, we made it clear this year that bigotry loses elections.

Loeffler and Perdue staked their campaigns on fear and division. They were willing to do and say anything in an attempt to hold onto power and line their own pockets.

But in major news story after major news story, Bend the Arc exposed their cruelty and offered a vision of transformation. In July, we played a key role in exposing Perdue for running a Facebook ad artificially enlarging his Jewish opponent Jon Ossoff’s nose. And in December, we raised the alarm about Kelly Loeffler posing for photos with white supremacists, resulting in over 75 headlines in national and local press, forcing Loeffler to explain why her campaign appealed to former Klansmen and providing an opportunity for Warnock and Ossoff to show voters what kindness and decency would look like in office.

And that’s just one piece of the work our leaders and staff did to impact the runoff elections:

☎️ Bend the Arc volunteers made 111,045 calls and texts to Jewish voters in Georgia to help them vote for Warnock and Ossoff safely.

🙌 Our PAC organized a virtual event with both Warnock and Ossoff and raised $65,000 in grassroots support for their runoff races.

💪 Bend the Arc leaders in Atlanta helped consolidate support for Warnock in the general election by launching Jews for Warnock and mobilized in the runoffs, hosting biweekly phonebanks, publishing an open letter and recording video ads in support of Warnock and Ossoff. 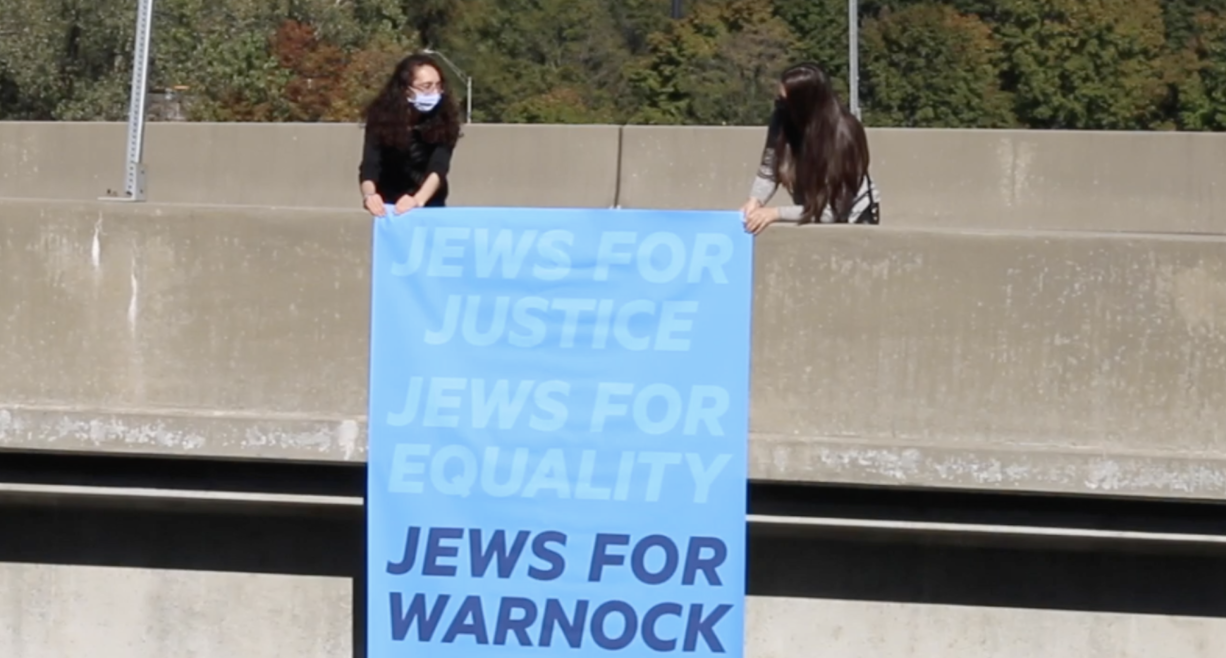 Thank you to everyone who gave these elections everything you had to change history. Now, whether you’re a long-time volunteer or want to know how to get involved for the first time, you can be part of this powerful Jewish movement for justice. Join us on Wednesday, January 20 for a national call to find out what’s next for Bend the Arc in 2021.

By every measure, this is a historic win. The voters have spoken — against all odds during a pandemic and in the face of voter suppression — and Republicans’ desperate attempts to hold onto power will fail.

We’ve chosen new leadership to represent us — and now we have an opportunity to partner with them to take action on the issues that matter, like tackling the COVID crisis responsibly, protecting our democracy, and making sure that we are all able to live free and thrive.

Thank you for being a part of our movement,

PS: You can donate here to celebrate this victory and power our work to build a country that is truly for all of us.