It’s tradition: Every December we share our top photos of the year. Like last year, you’ll see some more masks and Zoom screenshots. Like every year, each photo represents moments when Bend the Arc leaders like you organized Jews and allies for justice.

But wait — there’s more: A generous donor has agreed to match all donations made to Bend the Arc, up to $10,000, between now and midnight on December 31. Donate $18, or whatever you are able to give, to double your impact in the pursuit of justice in 2022. 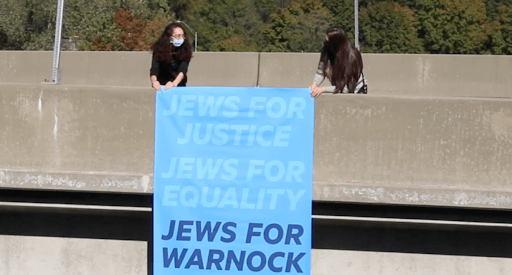 Bend the Arc leaders in Atlanta helped make history: Georgia went blue for the first time in nearly 30 years and elected the first Black Senator and the first Jewish Senator in state history. 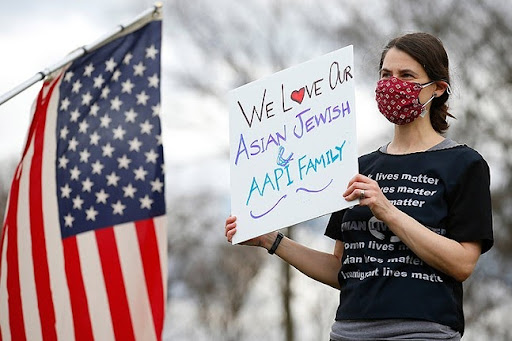 When months of fear-mongering led to six Asian Americans murdered in Atlanta, we organized in solidarity around our AAPI family, including AAPI Jews. Pictured here: Bend the Arc's Pittsburgh chapter in action. 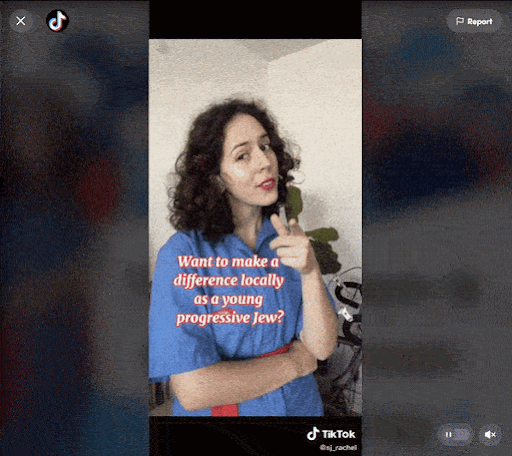 We made our TikTok debut in collaboration with Rachel Sj to announce the next Jeremiah Fellowship cohort, Bend the Arc: A Jewish Partnership for Justice’s organizing and leadership development program for Jewish young adults in cities around the country. 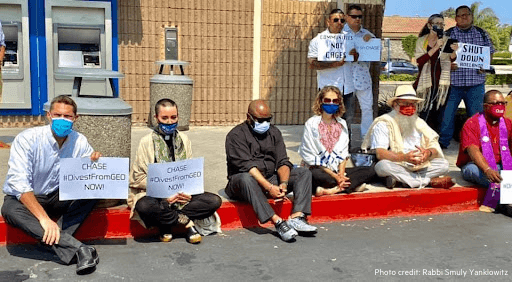 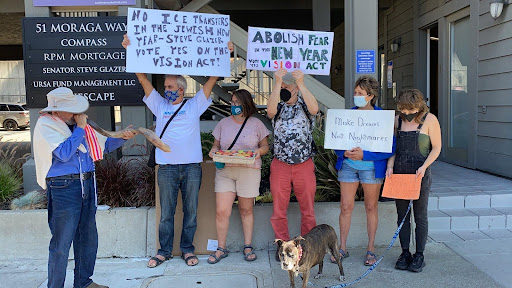 In the Bay Area, Bend the Arc leaders deliver apples to their state senator for the VISION Act, legislation to stop ICE transfers and detention of immigrants.

We can only take visionary public action to build a country that’s truly for all of us with the generosity and investment of donors like you. Donate $18 or more to power our movement’s work for justice in the year ahead — and double your impact when you give today. 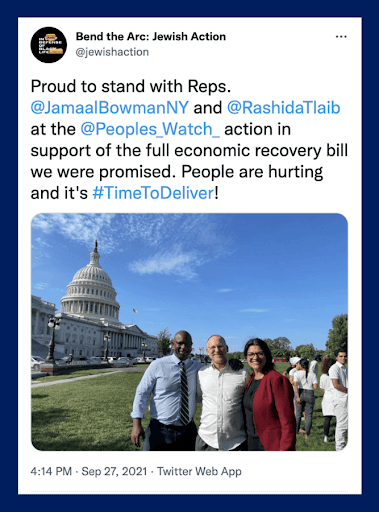 Bend the Arc’s Rabbi Jason Kimelman-Block joins Reps. Jamaal Bowman (NY-16) and Rashida Tlaib (MI-13) at the People’s Watch to make our voices heard on Capitol Hill and at the White House. 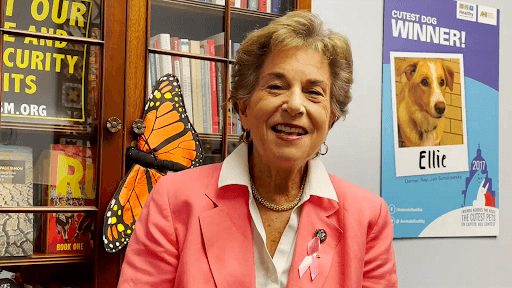 Rep. Jan Schakowsky (IL-09) joined the digital rally we hosted with Dayenu and 30+ Jewish organizations for Build Back Better: “Thank you. Mobilizing actual people like you to make these calls can be the difference. It’s not just what we do in the Congress, it’s who influences the members to vote in the right way.” 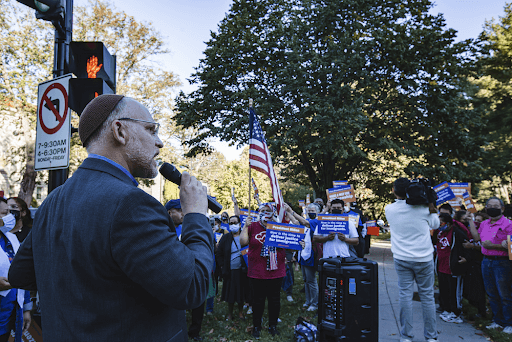 Bend the Arc helped shut down the streets in front of Vice President Harris’s DC residence alongside Faith In Action, CASA, and other partners in the immigrant rights movement to demand a pathway to citizenship. 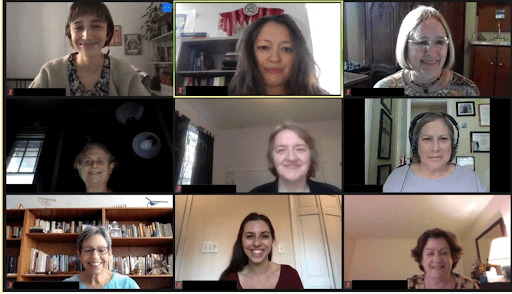 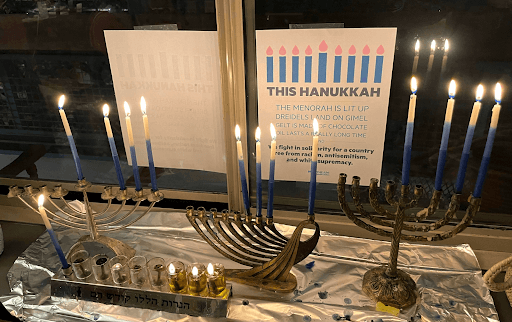 Bend the Arc’s Hanukkah posters appeared in living rooms, offices, and windows across the country to share joy, solidarity, and the Jewish tradition of resilience and resistance.

These photos capture our Jewish values in action. They are snapshots of our collective strength, courage, and hope.

In 2022, our cameras will be ready to capture our movement’s work to build a country that’s truly for all of us — from winning historic legislation at the local and national level to holding accountable every politician who attempts to divide us and rig the rules in their favor.

Bend the Arc can only do this critical work with the generous support of thousands of donors just like you. Donate $18 today to double your impact and ensure that Bend the Arc can act powerfully with you for justice in the year ahead.

Thank you for being part of this powerful community, 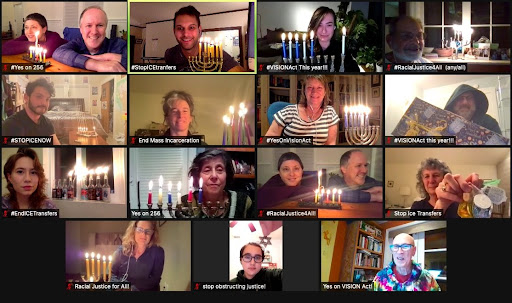