We shut down the streets demanding citizenship for millions 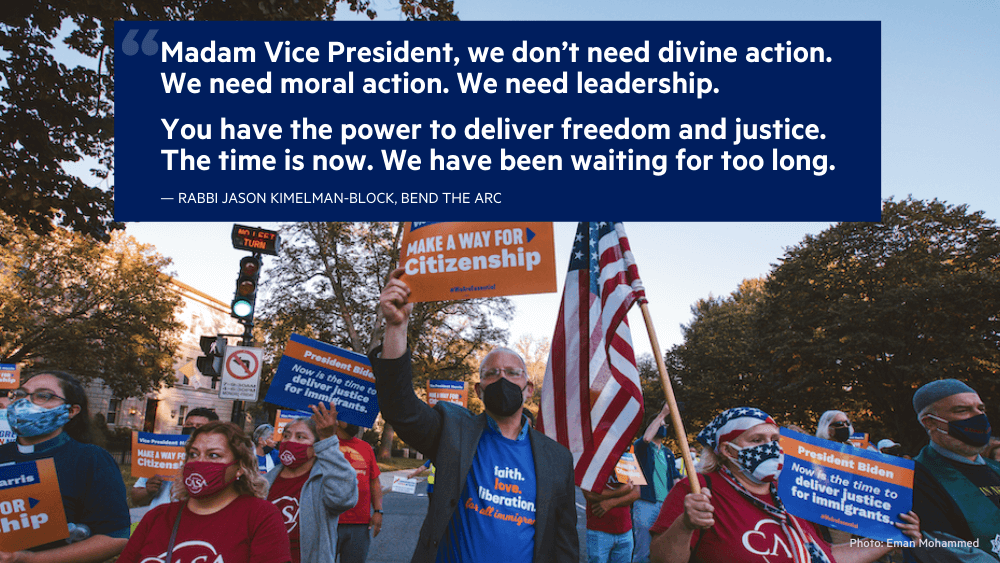 This is our best chance to pass once-in-a-generation legislation to transform our collective future. Join the digital rally Time to Deliver: Jewish Rally to Build Back Better next Thursday.

Yesterday I helped shut down the streets in front of Vice President Harris’s DC residence. Alongside Faith In Action, CASA, and other partners in the immigrant rights movement, we demanded she use her power to deliver a pathway to citizenship in the Build Back Better bill.

This action is part of nationwide demonstrations sparked by the urgency of this moment. Immigration is one critical priority in Build Back Better, transformational legislation which would also cut child poverty in half, provide paid family and medical leave for millions of parents, expand access to life-saving affordable healthcare, and more. We cannot squander this opportunity — it’s time for Democrats we elected to deliver this wildly popular agenda for the American people.

That’s why Bend the Arc and Dayenu: A Jewish Call to Climate Action are upping the pressure next week to make it clear that Jews all across the country are rising for the ENTIRE Build Back Better bill. And we need you there.

Join the Jewish digital rally next Thursday to demand action.

Join this community-wide rally for a little music, a lot of motivation, and even a celebrity appearance or two. We’ll take action together to demand our elected officials deliver for all of us. 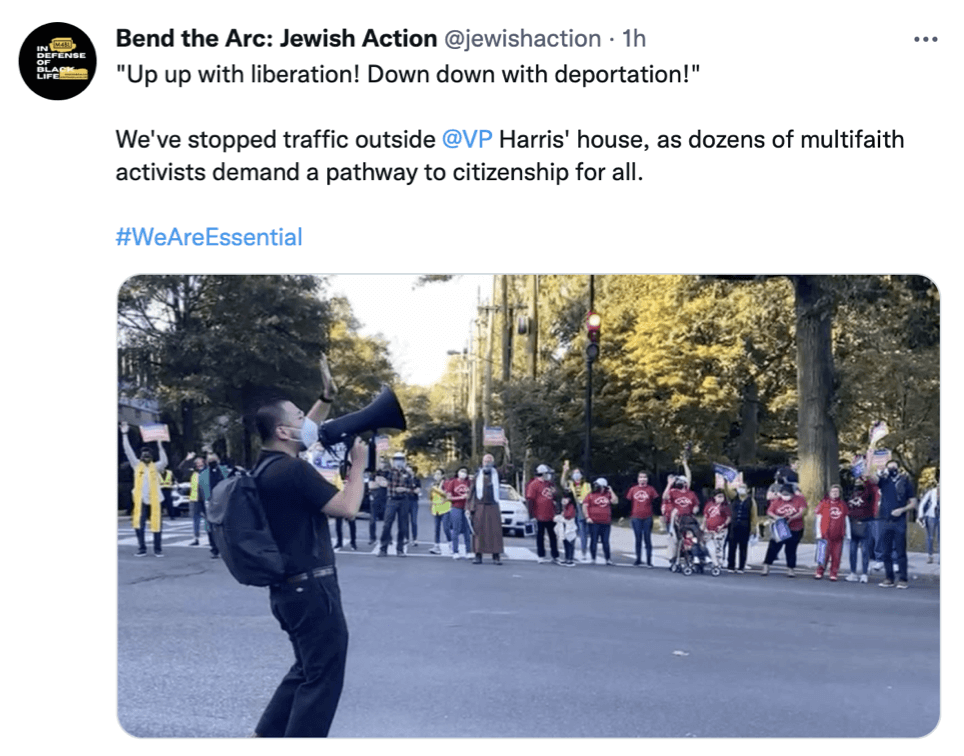 Last year, Bend the Arc members like you rose up to defeat Trump for this moment.

The Build Back Better bill is how we start to repair the damage of the last four years, confront the truths of the last 400 years, and build a new America where everyone can thrive, no matter what we look like, how we pray, or where we come from.

We elected President Biden and Democratic members of Congress for this agenda, and we have until October 31st to make it happen:

We’re coming together virtually as a Jewish community to make our voices heard loud and clear over the big money and corporate donors who would sell out our future for more profits for the wealthiest.

The October 31st deadline is rapidly approaching. Join us for a community-wide digital rally Thursday October 28th at 3 pm ET with music, speakers, and to take action together to pass the Build Back Better plan. 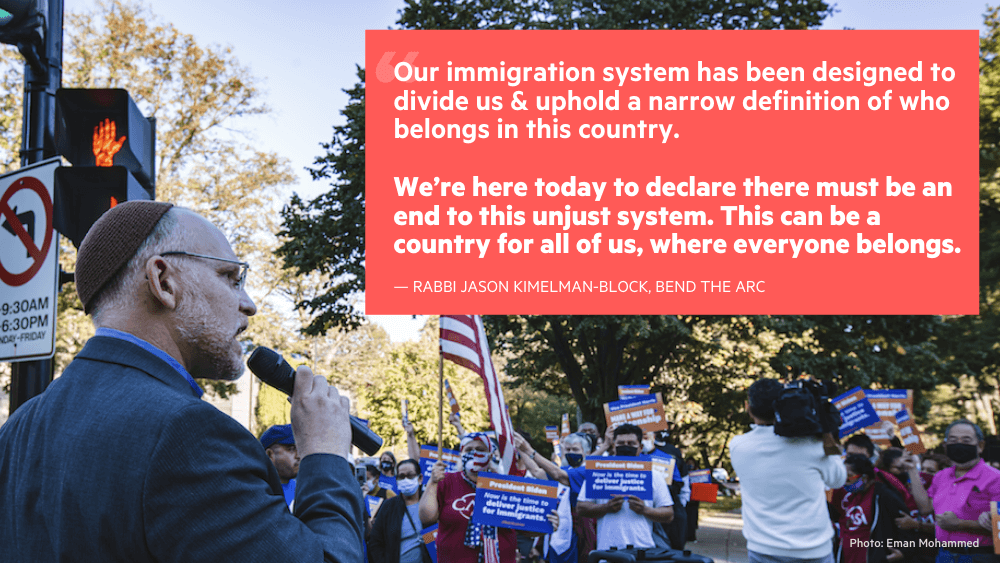