CPAC 2020? Welcome to racist rhetoric and antisemitic conspiracy theories — and some of the biggest white nationalists in politics.

The annual Conservative Political Action Conference, happening this week in Washington, DC, has long been a focal point for white nationalism and the weaponization of antisemitism by the right — and it’s only gotten worse since Trump’s election.

Since 2016, CPAC has become a networking event for white nationalist groups and individuals such as Identity Evropa and Youth for Western Civilization, which push racist myths about “white genocide” and seek to turn the U.S. into a white Christian ethnostate.

In the meantime, here are 11 of the biggest white nationalists speaking at CPAC 2020: 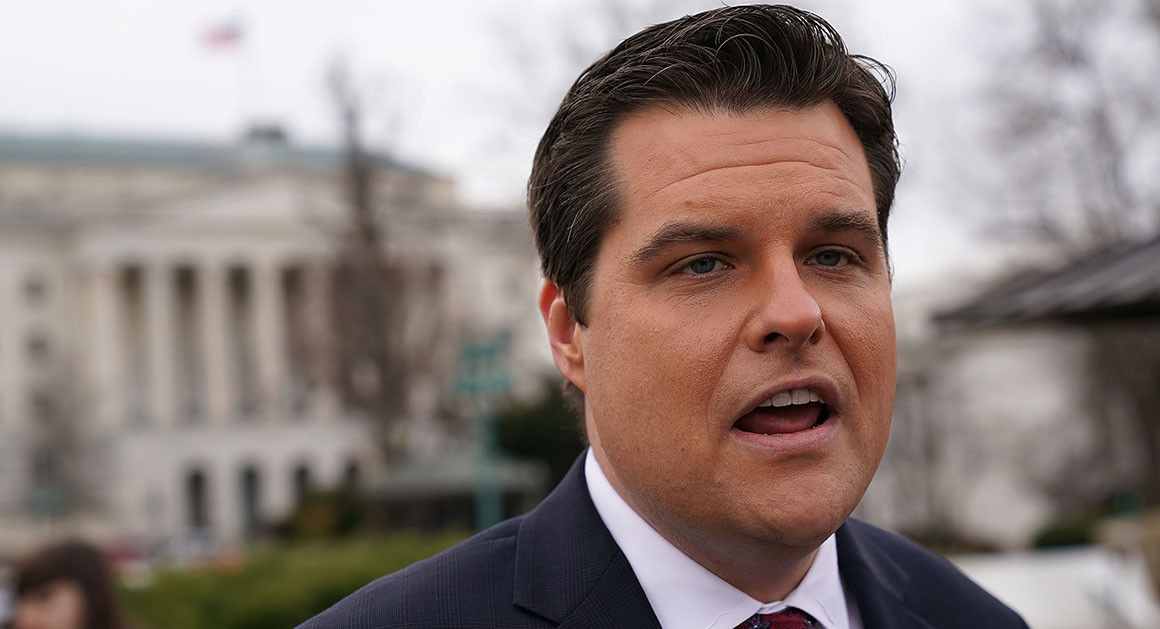 In January 2018, Rep. Matt Gaetz invited a Holocaust denier and white nationalist fundraiser to the 2018 State of the Union.

In October 2018, he posted a video on Twitter amplifying an antisemitic conspiracy theory about Jews bringing immigrants into the United States. Just 10 days later, that same conspiracy theory inspired the Tree of Life shooter to commit the deadliest massacre of Jewish people in U.S. history.

Even that didn't stop Gaetz. In April 2019, he hired a speech writer who had been fired by the White House for his ties to white nationalists. 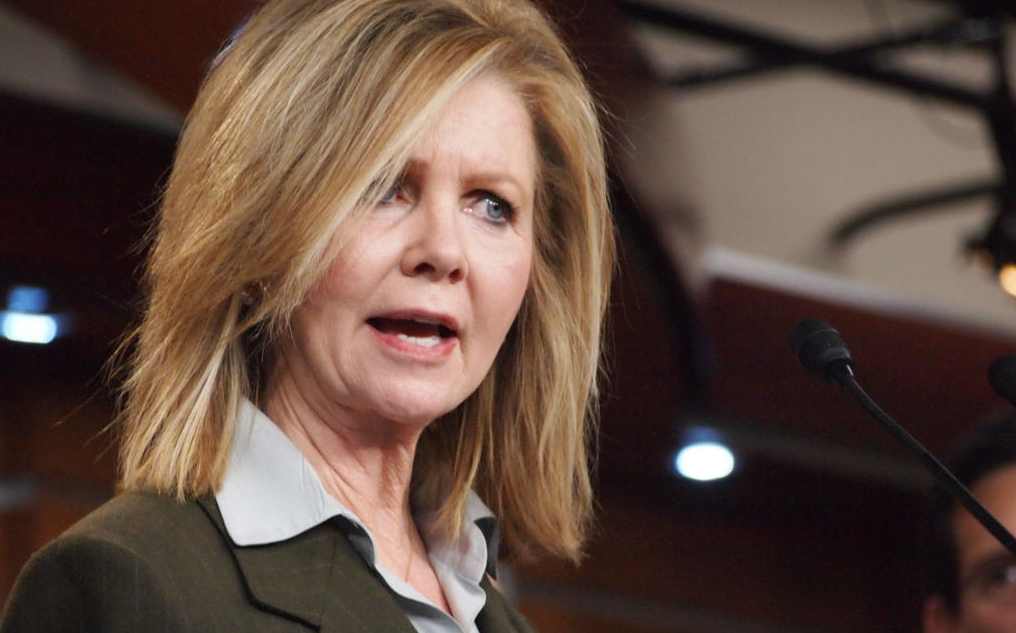 In September 2004, Sen. Marsha Blackburn brought a leader of an Southern Poverty Law Center-designated hate group to the U.S. House to deliver an opening prayer.

That’s just one example of her repeated work with far-right organizations. In January 2017, Blackburn met with the Nazi-linked Austrian Freedom Party, and she has extensive ties to ACT for America, an Islamophobic hate group.

In October 2018, Rep. Louie Gohmert went on Fox News to promote an antisemitic conspiracy theory about George Soros. Gohmert doubled down with a statement calling Soros “anti-God” and “the largest ever global funder of efforts to undermine America’s Constitution.”

In January 2019, Gohmert defended Rep. Steve King — an avowed white nationalist who has now been stripped of his committee assignments — after he publicly stated he did not understand why the term “white supremacy” was offensive.

In March 2019, Gohmert voted against condemning “antisemitism, Islamophobia, racism and other forms of bigotry.” 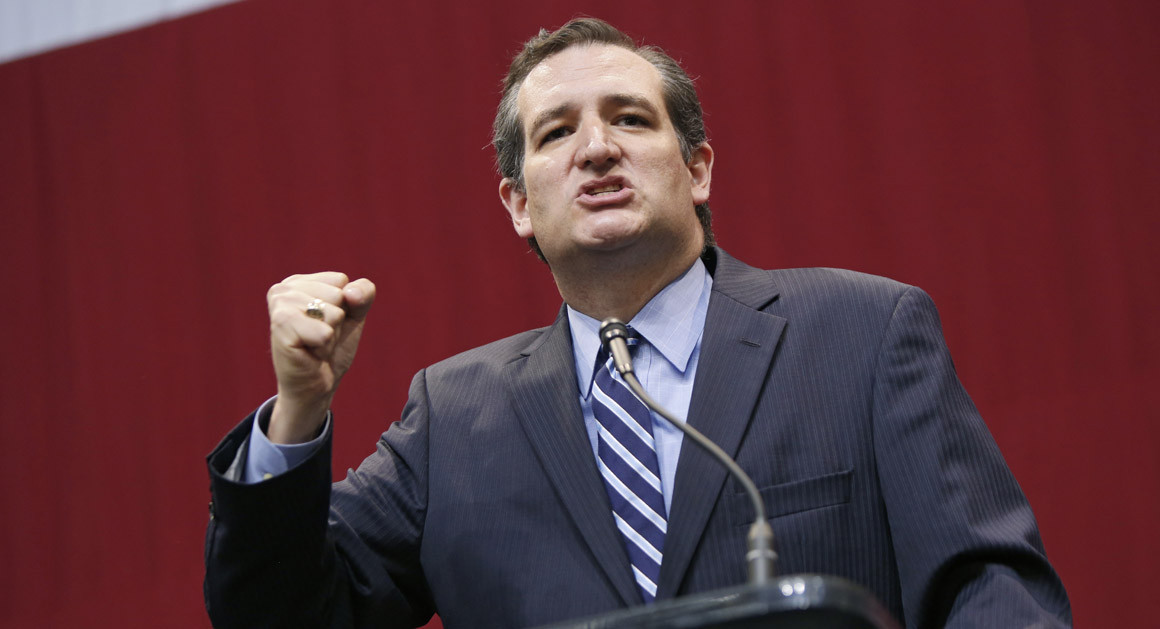 In February 2020, — just weeks ago — Sen. Ted Cruz amplified an antisemitic conspiracy theory that suggests that Jews "own the media." When criticized by Rep. Andy Levin (D-MI) for the tweet, Cruz responded by accusing Levin, who is Jewish, of not doing enough to fight antisemitism.

Cruz has a history of bigoted comments and policies. In September 2013, Cruz said “We need 100 more like Jesse Helms in the U.S. Senate.” Helms ardently opposed civil rights measures, and even tried to block approval of a federal holiday in honor of Martin Luther King, Jr. 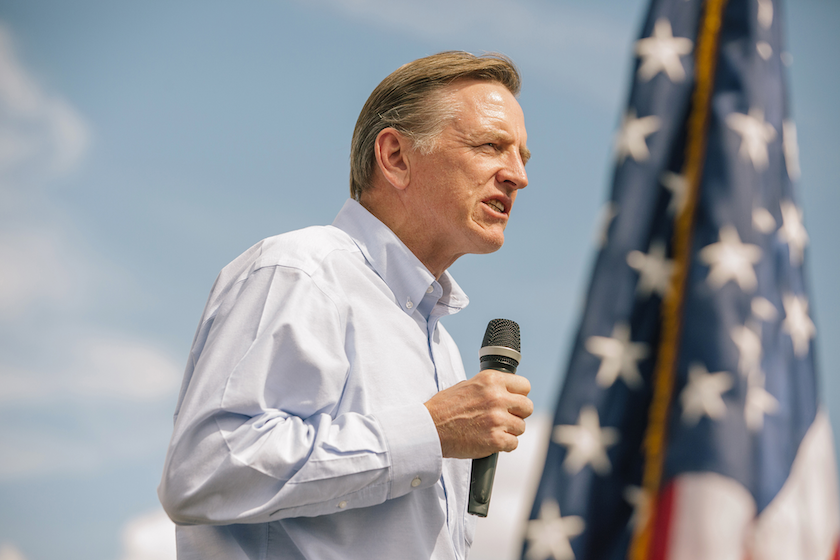 In May 2019, news broke that Gosar follows several racist and Nazi-affiliated accounts on his personal Twitter account — just two months after Gosar voted against condemning “antisemitism, Islamophobia, racism and other forms of bigotry.” 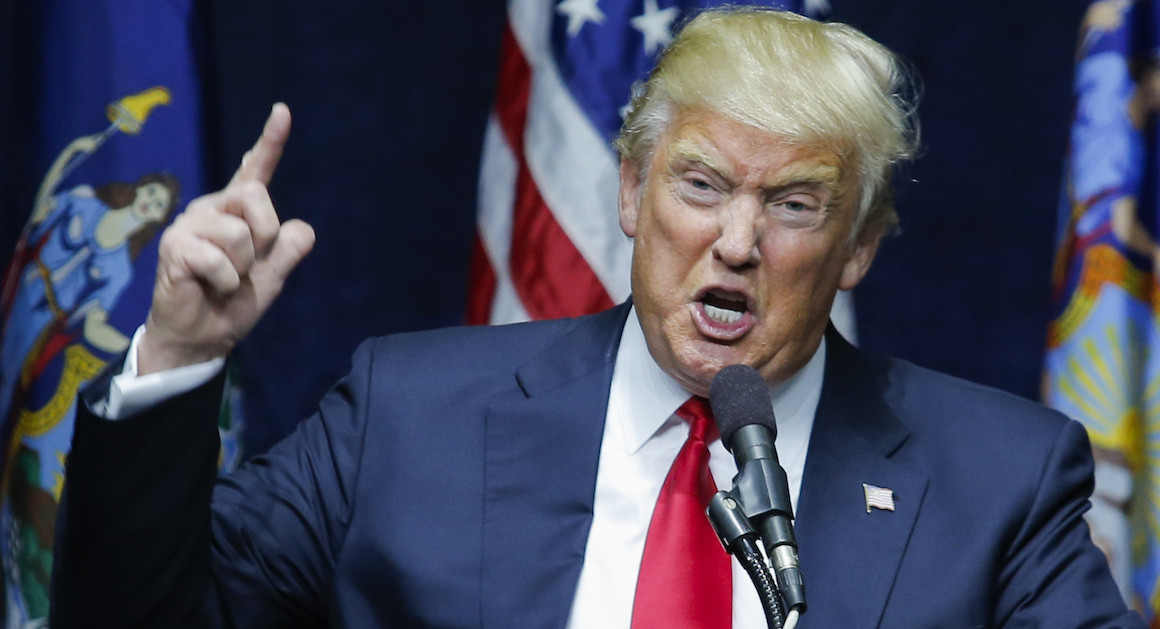 We've all heard Trump's hateful rhetoric, but it bears repeating. In August 2017, Trump defended white nationalist violence in Charlottesville by saying there were “very fine people on both sides.” In October 2018, he openly embraced the “nationalist” label.

Note: This is a non-exhaustive list of Trump's bigotry and ties to white nationalists. 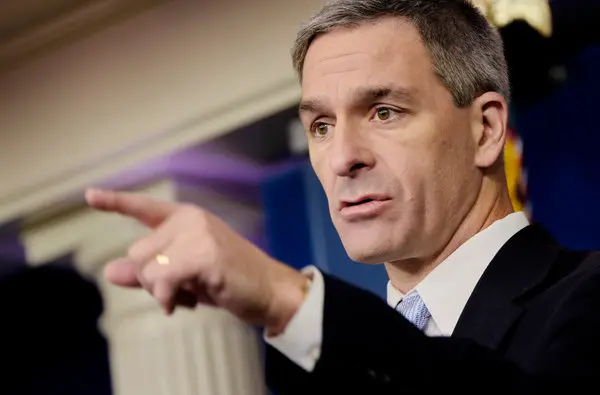 As one of the faces of Trump’s immigration agenda, Ken Cuccinelli has been key in implementing some of the administration’s most violent and cruel anti-immigrant policies, especially in his other role as Acting Director of the United States Citizenship and Immigration Services.

In August 2019, he expanded public charge requirements for legal immigration, meaning that green cards and visas can now be denied to people who may need benefits like food stamps, Medicaid, or housing vouchers. That same month, Cuccinelli claimed the Emma Lazarus poem on the Statue of Liberty was only written to apply to people coming from Europe.

Cuccinelli's past and present is dominated by hatred for immigrants. In September 2019, he spoke to the Center for Immigration Studies, an anti-immigrant hate group. And as a legislator in Virginia, he fought to repeal birthright citizenship and to force employees to speak English in the workplace. 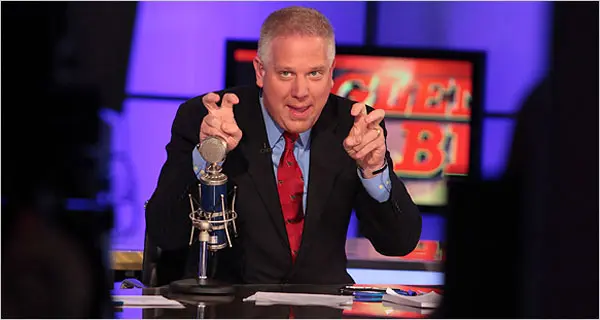 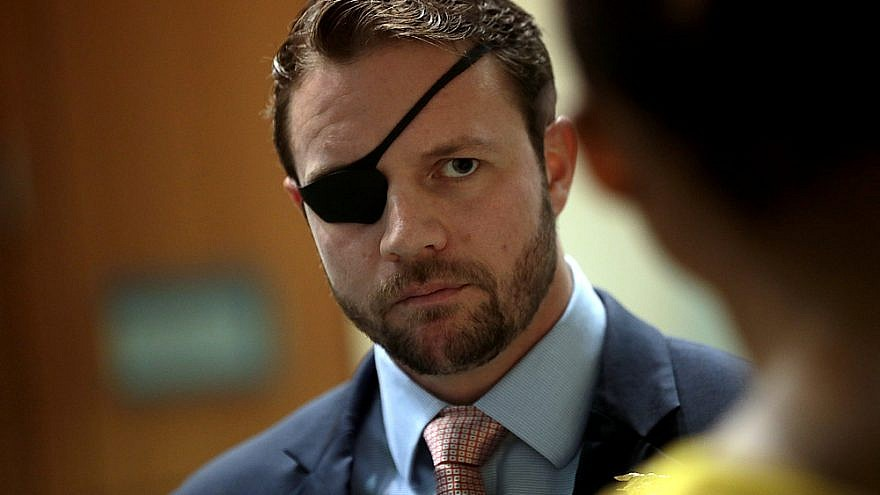 In August 2018, it was revealed that Rep. Dan Crenshaw was one of six GOP candidates for office running a white nationalist Facebook group. Antisemitic, Islamophobic, and racist posts were regularly shared on the group’s page, including the false claim that Nazi chants of “Jews Will Not Replace Us” in Charlottesville were staged by liberal activists. 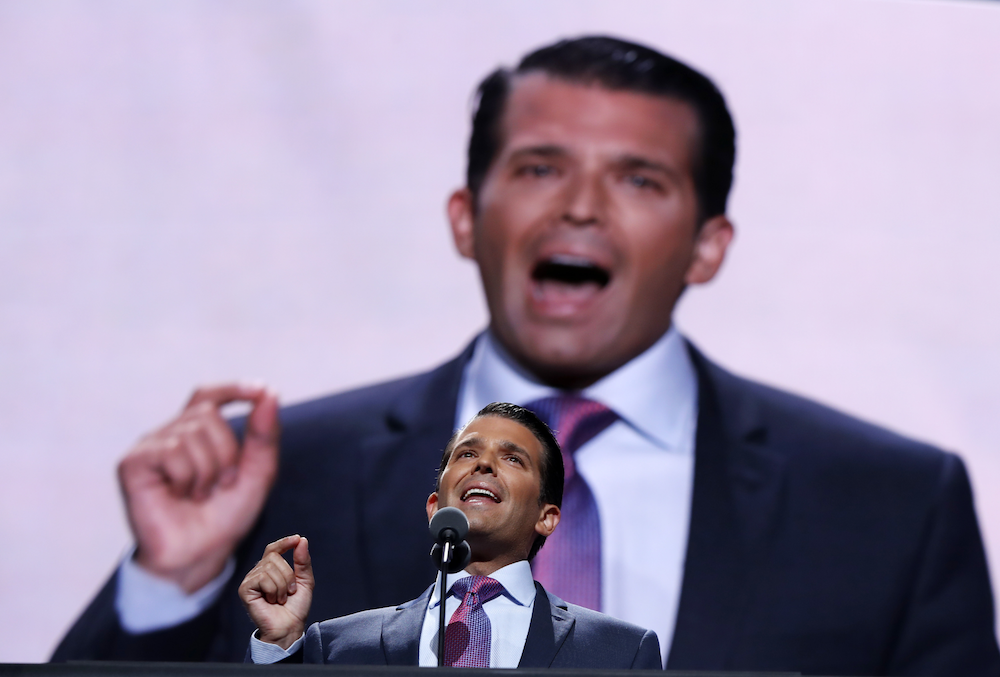 In March 2019, Trump Jr. gave an on-camera interview to TruNews, an antisemitic hate site whose founder has called Jews and Judaism “anti-Christ.” Trump Jr. refuses to denounce the site, which was recently banned by YouTube for calling impeachment a "Jew coup" yet received press credentials from the White House as recently as January 2020.

In June 2019, Trump Jr. claimed George Soros is funding efforts to “financially blacklist” right-wing groups, promoting the antisemitic and false idea of a Jewish conspiracy to control our political system. 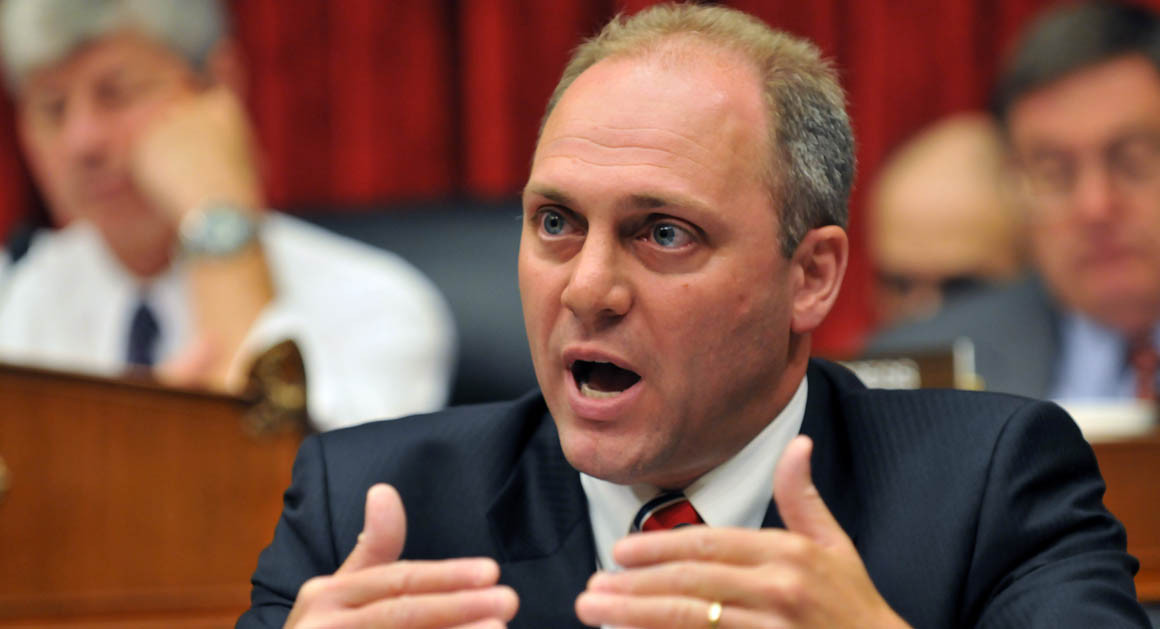 In October 2019, Scalise had a confrontation with Jewish Louisianans who called on him to condemn white nationalism and antisemitism in the GOP and from Trump. He refused.

Trump and his Republican allies routinely use fear, bigotry, and lies to divide us against each other. Their racist and antisemitic rhetoric has enabled white nationalists to gain legitimacy and power throughout the country, fueling a rise of violence against immigrants, Jewish people, Muslim people, people of color, and other communities.

To the politicians and their enablers who use racist rhetoric and push dangerous conspiracy theories for political gain, we ask: When will you take responsibility for mainstreaming white nationalism and antisemitism that has put our lives in danger? How many more lives will you put at risk to hold on to power?

To those who stand by and remain silent, we ask: When will you take responsibility for the white nationalism and antisemitism that has completely taken over your party and denounce Trump? Why is winning this election worth putting our lives in danger?

We won't be silent in the face of white nationalism and bigotry. We'll keep on fighting for a vibrant, multiracial democracy where all of us are truly safe and free.