Trump’s new DACA attacks as predictable as they are despicable 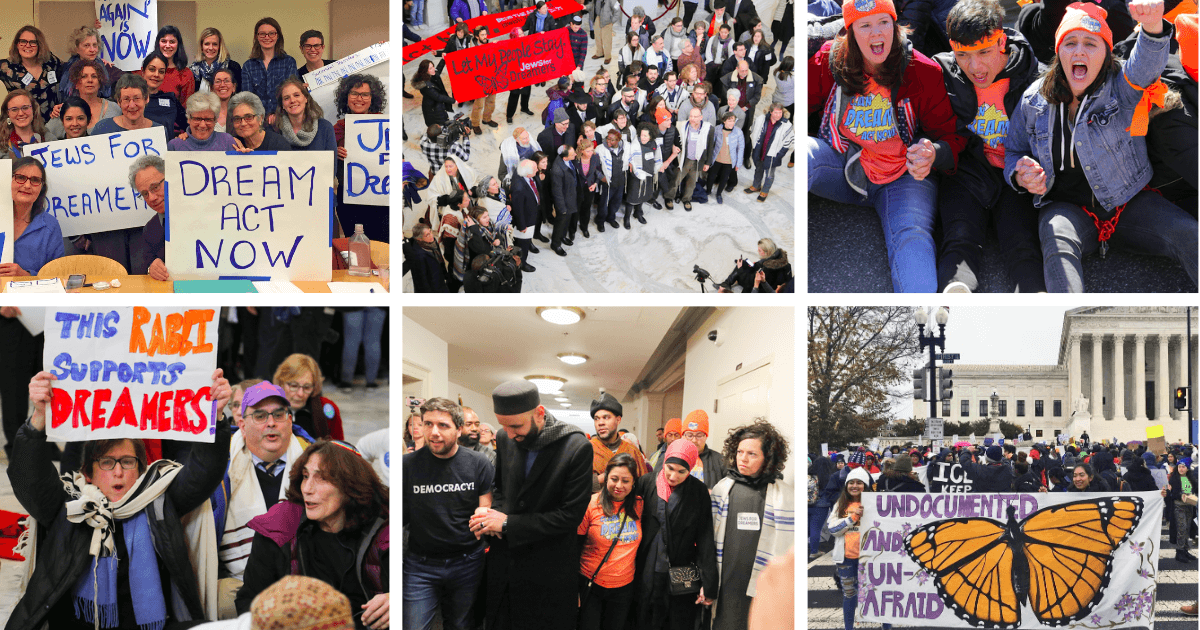 Bend the Arc: Trump’s new DACA attacks as predictable as they are despicable

WASHINGTON – Bend the Arc: Jewish Action released the following statement on Wednesday in response to the Trump Administration’s new attacks on the DACA program, including attempting to defy federal court orders to accept new DACA applications:

“The Trump Administration’s latest attempt to dismantle DACA is as predictable as it is despicable,” said Stosh Cotler, CEO of Bend the Arc: Jewish Action. “Just last month, the Supreme Court rightly ordered the Trump Administration to reinstate this program and its crucial protections for hundreds of thousands of immigrants. Now, the Administration is defying the Supreme Court by scaling back DACA’s protections from deportation and for employment, and prohibiting new applications. That Trump is doing this in the middle of a pandemic that is already disproportionately impacting Black and Brown and immigrant communities is a moral abomination.

This step is only the latest in the Trump Administration’s continued embrace of the white nationalist agenda to scapegoat immigrants and people of color in order to make this country only for themselves. Jewish Americans continue to believe in the promise of a more just America and will fight for a future where every person, regardless of immigration status, can live and thrive without fear.

We once again call on the Senate to pass the Dream & Promise Act, and for local and state officials to do everything in their power to protect immigrant youth and their families. But ultimately, the only way to end the cruelty is to stop four more years of Trump’s policies from becoming a reality. This November, we will rise up as one to build a country that is truly for all of us.”

Bend the Arc: Jewish Action is a leader in the American Jewish community in fighting for justice for immigrants and demanding that Congress take action to protect immigrants. Bend the Arc supported the creation of the DACA and DAPA programs after mobilizing the Jewish community in support of immigration legislation in 2013. In 2018, Bend the Arc: Jewish Action organized a historic act of civil disobedience in Washington, DC in which 82 Jewish activists were arrested on the grounds of the U.S. Capitol while demanding a clean Dream Act.

Since 2018, activists from Bend the Arc: Jewish Action organized dozens of local “Let My People Stay” actions and protests across the country inspired by this civil disobedience, and joined more than 18,000 Jews and allies rose up against the Trump Administration’s family separation policies. Last year, Bend the Arc: Jewish Action joined an amicus brief urging the Court to uphold DACA. In partnership with the Defund Hate Campaign, we continue to fight for Congress to cut the funding of Trump's detention and deportation machine which makes all immigrant communities unsafe.