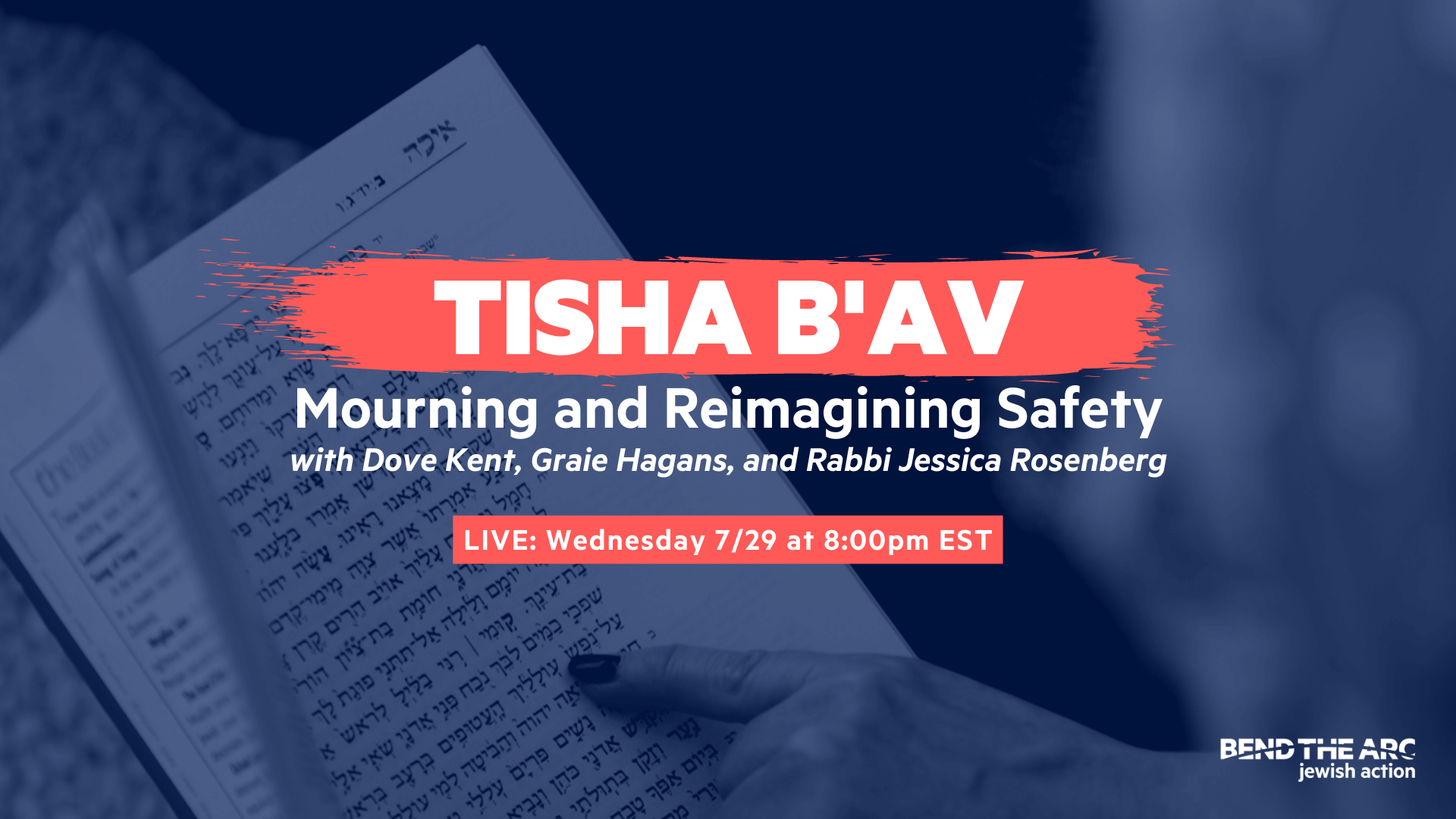 Tisha B'Av – known as the saddest day of the Jewish year – arrives during a moment of deep collective reckoning for our country.

With the backdrop of a global pandemic and uprisings sparked by police violence, we invite Jews and allies to join us for a national call to mourn the overwhelming violence against Black people in our country and discuss the transformational organizing of defunding the police, reinvesting in community, and reimagining safety. Will you join us?

Tisha B'Av, a Jewish day of mourning, traditionally commemorates the destruction of the Temples and episodes of violence against the Jewish people throughout history. In recent years, many Jews and allies have marked Tisha B'Av in the streets: in front of detention centers and prisons, crying out against violence in our immigration and carceral systems.

This year, in the midst of a national uprising, we will gather to grieve the overwhelming lives lost from white supremacy and anti-Black racism, including in our Black Jewish family, in the forms of police violence, white vigilante terrorism, and the unjust racialized impact of COVID-19.

We offer this national call now so that our Tisha B'Av mourning can catalyze deeper and sustained engagement in campaigns and action to transform our country into a multiracial democracy where all of us are safe and free.

RSVP for the Tisha B'Av Facebook Live on Wednesday, July 29th, at 8pm.

We hope you join us to mourn the lives lost to white supremacy and to discuss organizing efforts – following the leadership of Black organizers, including Black Jews – to defund the police, invest in community, and reimagine safety.

PS: You can check out Bend the Arc's Tisha B'Av Ritual Action Toolkit and the Nine Days of Av for Racial Justice 5780 Study and Action Guide for ritual and text resources to move from mourning to action in this moment.