57 years ago today, the KKK murdered Andrew Goodman, James Chaney, and Michael Schwerner for registering Black voters in Mississippi and investigating why a Black church had been burned to the ground.

Today, voting rights are still under attack. Bend the Arc is organizing Jews and allies to combat voter suppression and expand voting rights at the federal, state, and local levels — and we need your support to continue this crucial work. Donate $18 right now to power our organizing for 2022 and the fight ahead.

“Here we are, 57 years later, and we are still organizing, advocating and litigating equal access to the ballot box for citizens who have been traditionally marginalized in exercising their right to vote. Today we remember all those who worked in the movement, including those who lost their lives for a greater and better America...

...I want to thank Bend the Arc for years of hard work in bringing the full promise of our democratic ideals to our beloved country. I also appreciate your remembering the activists who have been key to demanding justice including those who have lost their lives in the fight for equality.

Thank you, Bend the Arc and all your allies, for your participation in this vital work.”

We’re honored by David’s words and just as committed to fighting for our democracy as ever. Your support will help us continue this powerful legacy — can you make a donation of $18 right now? 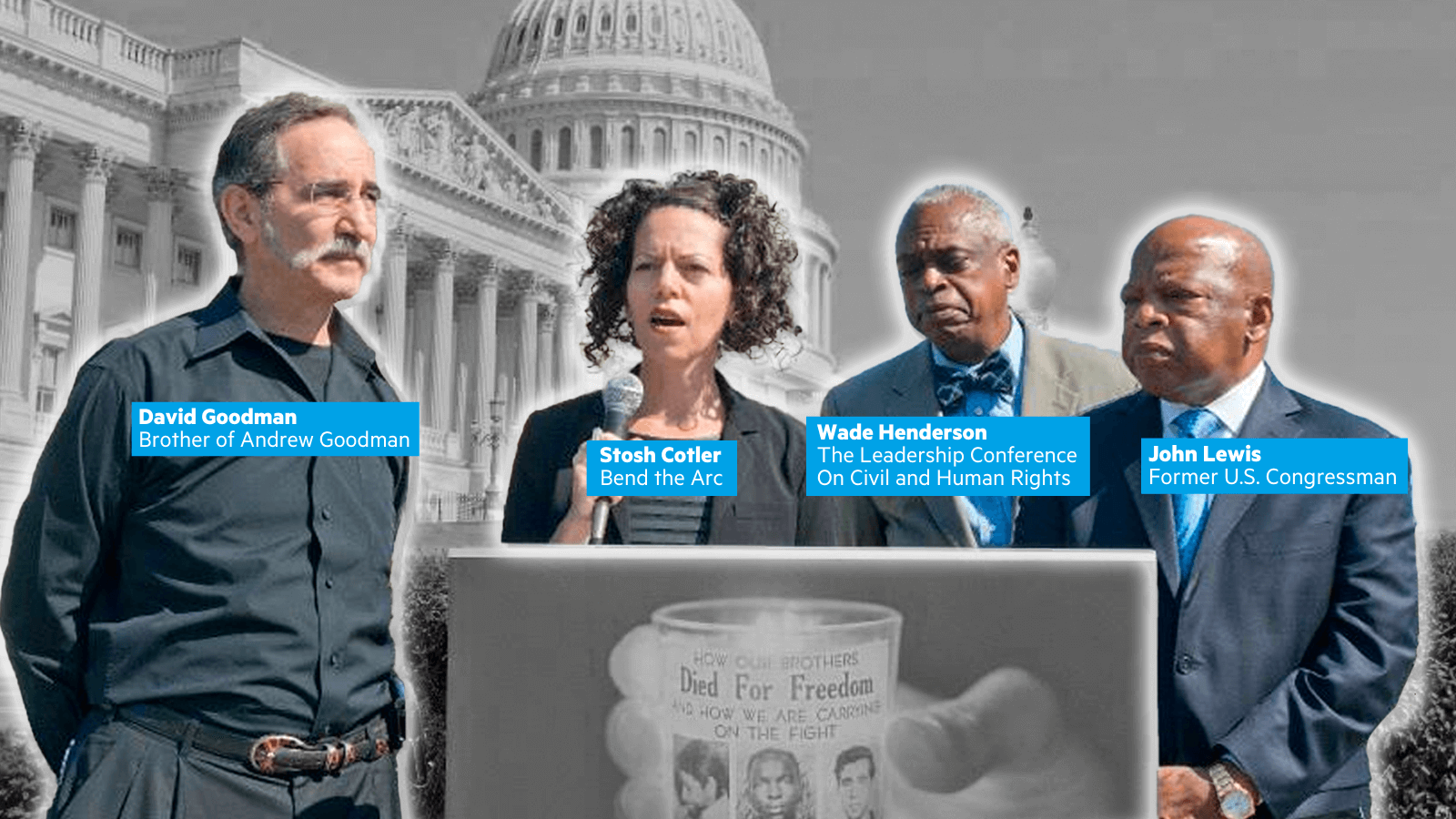 David Goodman with our CEO, Stosh Cotler, Wade Henderson from the Leadership Conference on Civil and Human Rights, and the late Rep. John Lewis at Bend the Arc’s Voting Rights Day of Action in 2013

Right now, GOP-led states around the country are rolling back voting rights, from Georgia to Texas to Arizona. The For the People Act — a massive piece of voter protection legislation — has passed the House, but it’s been stalled in the Senate by Republicans and Democrats like Joe Manchin who refuse to eliminate the filibuster.

That’s why our staff and leaders are working tirelessly to protect voting rights:

Support the fight for multiracial democracy with a gift of $18 today. Your support will help us beat back voter suppression and expand voting rights across the country — we can’t do this without you.

Today, and every day, we mourn Goodman, Chaney, and Schwerner. We honor their legacy and must persist in the work they set out to do. We commit to fighting white supremacy and white nationalist terror in all its forms.

Thank you for being in this fight with us.