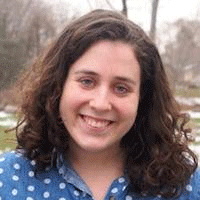 As Bend the Arc's New York Organizer, Kayla believes that Jewish people have a unique role to play in building a more just country, and is honored to work with Jewish communities in New York state to build the power we need to make progressive political c

Last year our community fought for — and won — desperately needed bail reform legislation. Before this legislation came into effect on Jan 1 of this year, an astounding 70% of people in New York’s county jails were incarcerated despite being legally innocent.

But now, we must organize AGAIN because only nine days after this critical bail reform legislation has gone into effect, some elected and law enforcement officials are weaponizing the tragedies taking place in Jewish communities to attempt to roll it back.

New York’s State of the State address is today, and Governor Andrew Cuomo is going to be outlining his priorities for the coming year. We need to make sure that he hears from as many members of our Jewish community as possible to let him know that we will not tolerate anyone using our community’s pain to roll back bail reform.

"I'm ______ and I live in ______. As a Jew who believes in fairness and equality for everyone, I'm calling to express my staunch support for the bail reform law. With this law, fewer people will sit in jails pre-trial because they're too poor to pay bail, at risk of losing their jobs, housing, child custody, and even their life. I implore the Governor to commit to protecting it."

It’s true that antisemitism has been on the rise in recent years. But rolling back wins on bail reform would only keep in place a system of institutionalized racism that punished poor people. Our communities deserve real solutions to the danger facing the Jewish people AND people of color, not regressive political moves that will needlessly hurt thousands of New Yorkers.

We won’t stand by and let our pain be weaponized to bolster a pro-incarceration agenda. We call on New York's elected leaders to fully implement the new laws and work to ensure equal justice for all.

Call Governor Cuomo right now at 518-474-8390 and let him know you expect him to fully implement the new bail laws.

In courage and commitment,