How we're organizing for immigrant justice — with love

Greg Abbott leads by spreading fear. He chartered buses to send migrants from the southern border to Washington, D.C. to intimidate the Biden administration and exploit hundreds of immigrants.1

But here’s how community members are responding: When migrants step off the bus in D.C., they’re warmly greeted by volunteers who are providing food, transportation assistance, and support with paperwork and immigration law.2

Our country is at its best when we welcome people seeking refuge with humanity, dignity, and respect.

Right now, our government’s funding reflects Governor Abbott’s politics of fear, with millions of dollars for inhumane agencies like ICE and CBP. But we have an opportunity to change that in next year’s budget.

Send a message to your member of Congress today to demand they pass a budget that invests in immigrant and border communities, not cruel enforcement policies. 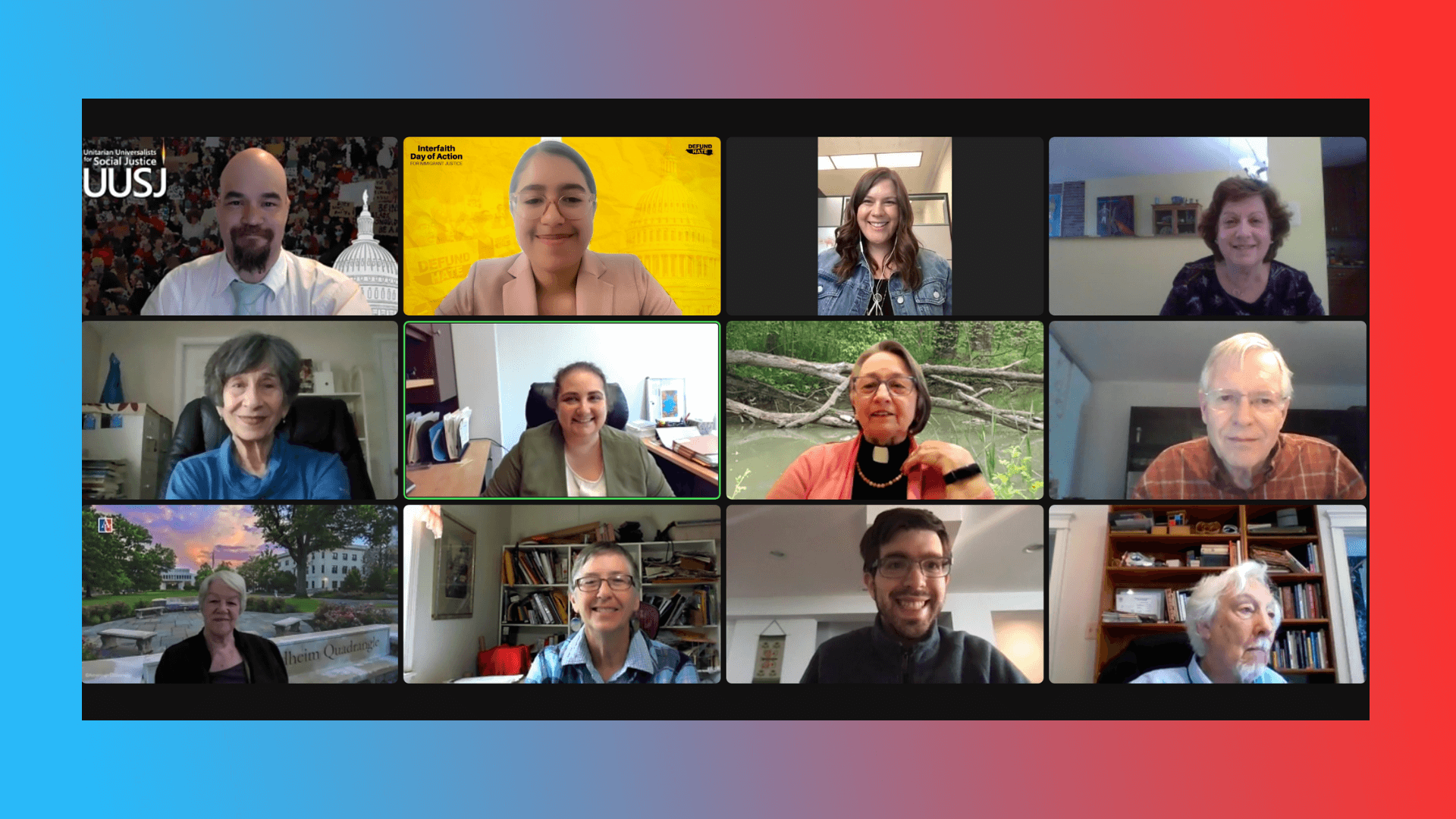 Last week, hundreds of Bend the Arc leaders and interfaith partners took this message directly to Congress during our Interfaith Day of Action with the Defund Hate coalition, including:

Congress heard our message for immigrant justice loud and clear. But we need to keep up the momentum.

Right now, Congress is crafting next year’s budget for how our country spends our resources. It’s crucial that they're pushed in a moral direction.

Contact your member of Congress now to demand they cut funding to ICE and CBP and reinvest in our communities in next year’s budget.

Right-wing leaders are working overtime to promote fear against immigrants, using cruel policies and bigoted rhetoric in an attempt to divide us and hold onto power.

We’re choosing to respond with love and solidarity: to fight for a country that truly welcomes everyone, no matter who they are or where they come from.