Bend the Arc leaders in Memphis are asking supporters across the country to join their campaign to stop the unjust execution of Pervis Payne. Add your name.

As a Jewish Tennessean, I cannot be silent and let my state murder a man in my name.

Pervis has a temporary reprieve from execution, but it expires on April 9 — less than two weeks from now. Tennessee Governor Bill Lee has the power to commute Pervis’ sentence, but we need massive public pressure from all of us to make that happen.

That’s why we just launched this letter to Governor Lee and we’re asking Bend the Arc supporters and people of faith across the country to join us. Will you sign and share now? 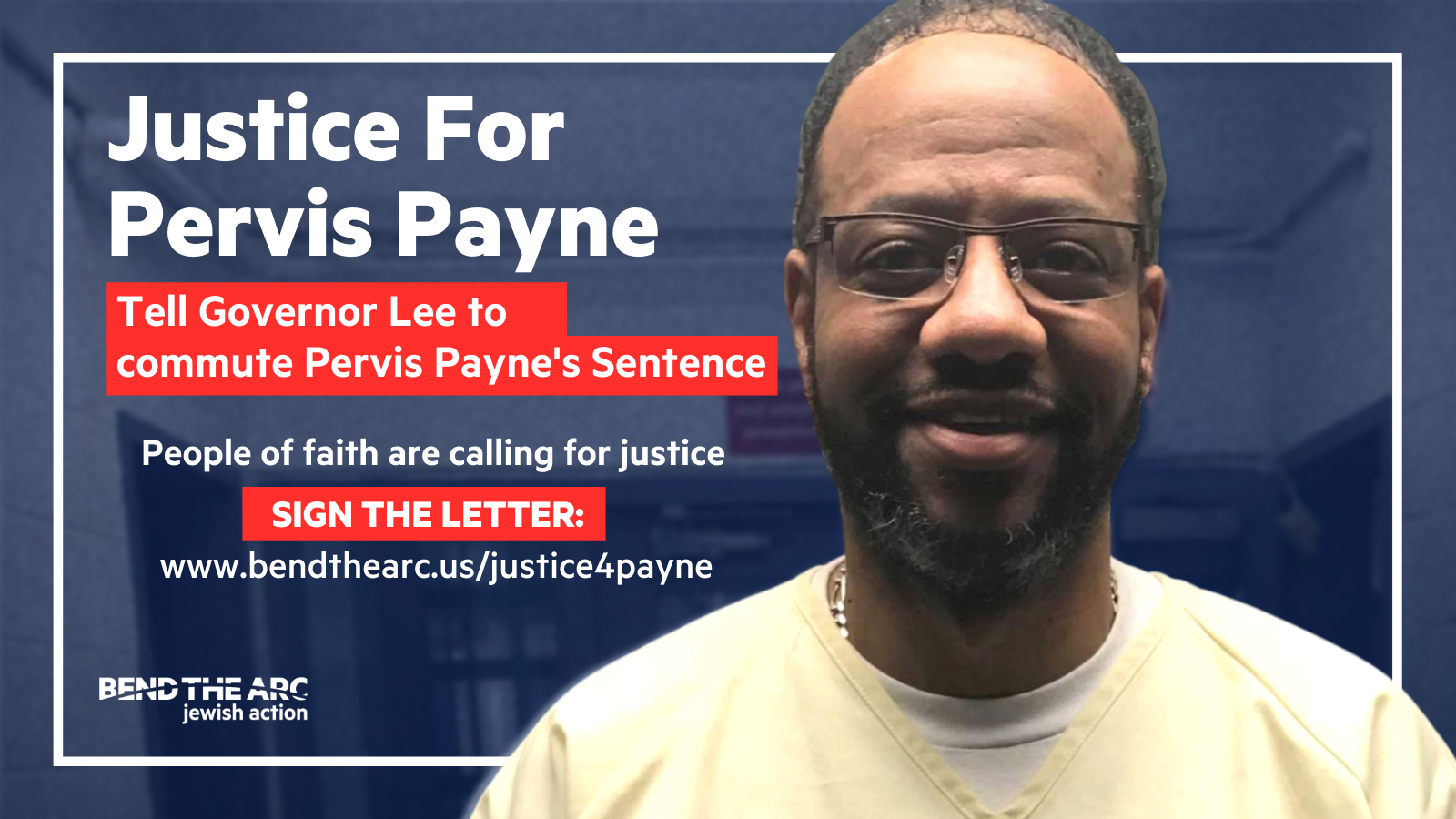 We’re proud to work on this campaign with groups like Tennesseans for Alternatives to the Death Penalty, Memphis Interfaith Coalition for Action & Hope (MICAH), and the Tennessee Poor People's Campaign.

Here in Memphis, I’ve been organizing with Bend the Arc leaders and local partners to bring attention to Pervis’ case. In January, we organized a virtual letter-writing event and wrote to our representatives demanding the commutation of his sentence.

Now, we’re working closely with Tennessee faith leaders, organizers, and people across the state and country to fight for Pervis’ freedom. At the core of Pervis Payne’s story are the intersecting legacies of anti-Black racism, ableism, and injustice — ones that as Jews and people of faith, we have a duty to rise up against.

Join us in the fight to protect Pervis Payne’s life right now by signing the open letter to Governor Lee.

Pervis has always maintained his innocence, but because of his disability, he wasn’t able to fully participate in his defense. The Supreme Court of the United States and the Tennessee Supreme Court have both held that executing people with intellectual disabilities is unconstitutional — yet Pervis remains on death row.

Some good news: Tennessee legislators are currently considering a bill that could protect Pervis and others with intellectual disabilities from execution. But we need to take action to stop his execution right now.

With your help, we can make sure all eyes are on Tennessee and Governor Lee as we approach April 9 — the deadline to re-evaluate Pervis’s case.

Thank you so much for your support. As Bend the Arc leaders, volunteers, and supporters, we will keep fighting for justice for Pervis, for Black liberation, for disability justice, and for an end to our cruel system of prisons, policing, and capital punishment.

Alison and the Bend the Arc: Jewish Action Memphis team

P.S. Please sign and share this letter with as many people as possible — April 9 is less than two weeks away.

The Innocence Project, Pervis Payne: What You Need to Know About His Case