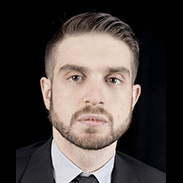 Ask the average political observer to name the one thing that is likely to sway American Jewish voters, and it's a pretty good bet they'll say "Israel."

Nonetheless, there is that perception thanks to a consistent drone of political pundits in this election season, as in every other, calling on Democrats to focus on allegiance with Israel and to veer right when speaking to American Jews.

That idea is ill-informed and nonsensical. Even worse — it's dangerous.

As a recent poll of Jewish voters in Florida demonstrates, we worry about, and vote primarily on domestic issues. And moreover, those issues are on par progressive ones. Jews are solidly Democratic, and have been for decades. A handful of vocal Republicans aside, a clear majority of our community hasn't voted for the GOP since the late 1960s.

This recent poll shows that among the Jews of Florida (the state that Donald Trump must win to win this election) just as elsewhere, Hillary Clinton, Barack Obama and the rest of the Democratic Party and its representatives are seen very favorably — as opposed to the deeply unfavorable ratings their Republican opponents receive.

Nothing Trump says is going to change that. And the things he actually is choosing to say, about immigrants and Muslims, are driving Jews away from him faster than ever.

To be clear, many Jewish Americans feel a strong emotional connection to Israel. Many hold passionate political views about American policy in the Middle East. But polls, including this one, have shown consistently that Israel is not a major issue for how American Jews decide their vote. Only 8 percent of the Jews we polled named Israel as one of their top two issues in deciding their vote for president. It is simply false to say that if a candidate adopts a right-wing position on Israel they can cause a measurable shift in the Jewish vote.

In fact, this poll, and other data in my experience, show us that a shift like this might actually undermine potential support for a fundamentally progressive domestic agenda. Jews are among the most politically engaged citizens in the United States. Supporting voting rights, and affordable housing, a living wage and reproductive justice. And we collaborate with allies across demographic, geographic and generational lines to advance the kinds of causes that are central to the Democratic Party.

There's no reason to think the Jewish community is going to start supporting the GOP, but some progressives are sure to be alienated by the effort. They may not ultimately vote for Republican candidates, but on the other hand, they may just not bother to vote or choose Jill Stein. Given the stakes of a Trump presidency, Democrats cannot afford to take that risk.

It's worth remembering that in Florida the Jewish community is a little older and more religiously affiliated than in other states — if anything, we'd expect them to be a little more conservative than the rest of us. Yet by every measure, a clear majority of those polled supported Democrats and their positions, while roundly rejecting every talking point on which the GOP has been campaigning.

Seventy percent or more expressed serious doubts about Trump's message, whether regarding women's rights, his ability to serve as commander-in-chief, or, most tellingly, on racism, anti-Semitism, and the oft-touted "temporary" ban on Muslim immigrants. Florida Jews overwhelmingly reject Trump's proposed ban on Muslims by more than 15 percentage points over Americans in general.

All of our families were once immigrants too, after all, and some not that very long ago. Many of those immigrants came here fleeing nations where authoritarian leaders had taken power and either threatened or used violence against ethnic or religious minorities. History has taught us where the GOP's divisive and xenophobic rhetoric can lead.

Over just a few short decades, Jews ascended to the middle class as anti-Semitic exclusion gave way to broad, welcoming inclusion. These advances happened for us not just because of our own hard work, but because advancement and inclusion are a central part of the American Dream.

As a community, our response to improved fortune has been to do whatever we can to cast a wider net for other Americans. When one looks through the history of progressive battles in the U.S. from labor to civil rights, one has seen American Jews on the front lines. Furthermore, as Rabbi Joachim Prinz said of his experience as a rabbi in Nazi Germany when he addressed the March on Washington: "the most urgent, the most disgraceful, the most shameful and the most tragic problem is silence."

It's sheer folly to think that any amount of rightward tinkering on the part of Democrats will serve either their Jewish voters, or the party as a whole.

Alexander Soros is chairman of the board of Bend the Arc Jewish Action. He is the son of George Soros and among the largest donors to the election cycle.