Every Republican responsible, from the President to senators, House members to state legislators, who fed, fueled, and fomented these attacks must be removed or resign.

Sign the petition calling on Congress to immediately impeach and remove Trump and investigate his enablers.

One mob of supporters stormed their way in, brandishing guns, MAGA hats, Nazi symbols and Confederate flags. The second mob of supporters wore suits and used lofty words, spread lies about the election, and voted to disenfranchise 10 million voters — especially voters of color — in Arizona and Pennsylvania in a desperate attempt to hold onto power.

This is an attack on our country, on our people, brought on by a President and his imitators who refuse to accept that millions of us turned out in solidarity with each other and elected Joe Biden by overwhelming margins. They all must be held accountable.

It's not the first time that Trump incited violence or fascism to his followers. And it may not be the last.

From Charlottesville to Pittsburgh to Poway to Gilroy to El Paso to the Capitol, we’ve seen this violence play out too many times. Cornered and desperate, Trump is inciting violence and putting all of us in danger by refusing to concede and allow for the peaceful transition of power.

Add your name to show that Jewish Americans refuse to stand by while the President is a clear and present threat — we can’t allow this behavior to go unanswered. 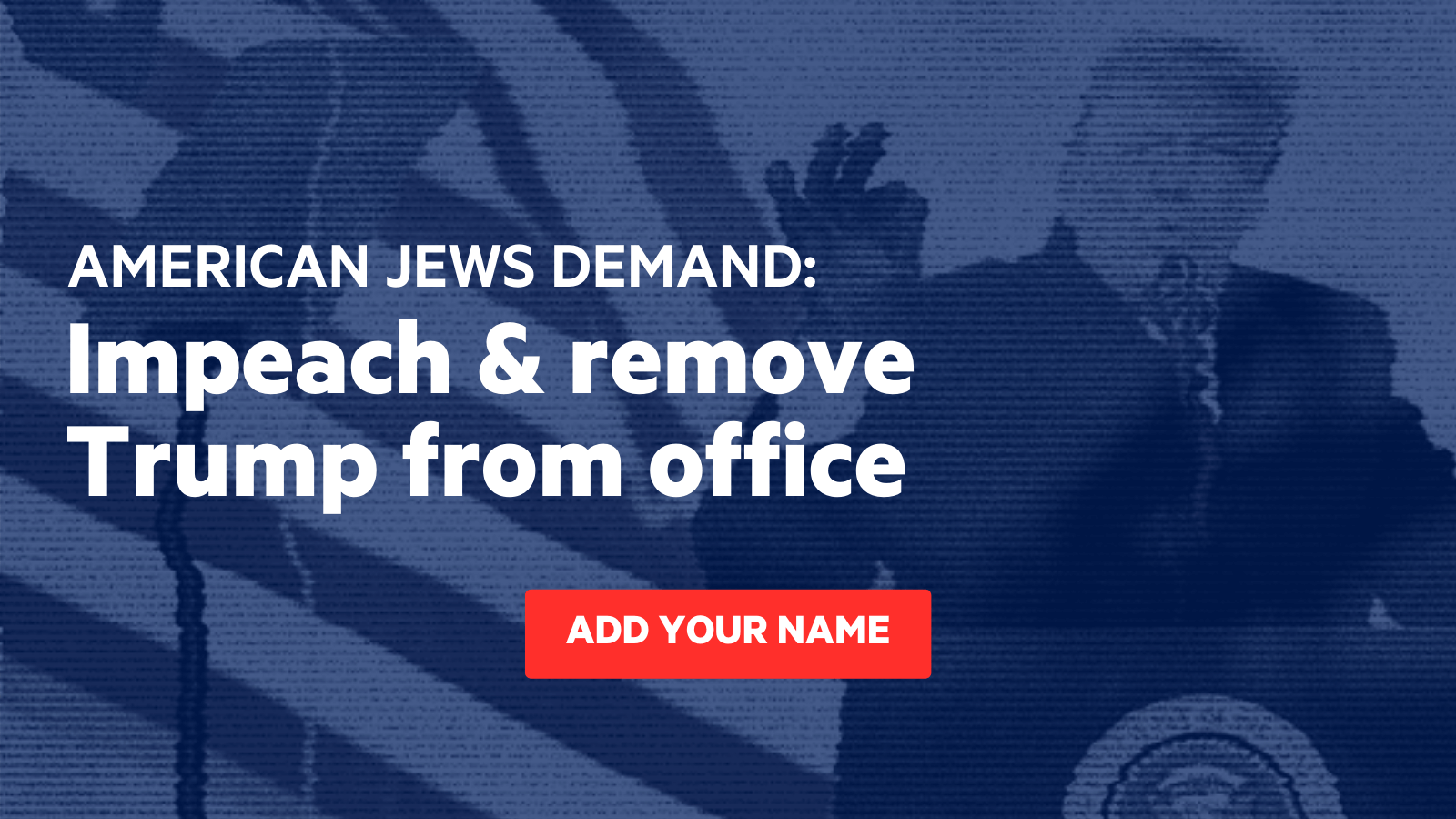 We won’t allow our country to be taken over by a right-wing minority who will not observe or abide by democratic practices. Every Republican responsible, from the President to senators, House members to state legislators, who fed, fueled, and fomented these attacks must be removed or resign.

They must face consequences. So must the police who stood by, took selfies, and revealed their complicity with white nationalists. We will need investigations and accountability at multiple levels, but right now we need to remove the most urgent danger threatening to tear apart our democracy.

And it’s why we’re calling for the investigation and possible expulsion of the Republican members of Congress who have violated their oath of office by attempting to overturn the election — a clarion call spearheaded by newly elected Rep. Cori Bush.

Sign our petition calling for Congress to immediately impeach Trump, remove him from office, and make sure he’s never able to run again. The incitement will continue if we don’t stop it.

In a video addressing the armed militants who had just ransacked the Capitol and disrupted democracy, since deleted by Twitter and Facebook, Trump said: “We love you, you're very special.” This cannot be allowed to continue.

We have so much damage to repair. So many of us are feeling fear, anger, and grief witnessing the white supremacist violence on display yesterday — and for generations. Today, we are holding each other close — and also remembering to celebrate. Our movements have just won historic change, electing the first Black and first Jewish Senators from Georgia. And now we will be able to push a Senate majority to take bold action to make this country a true democracy, where the will of the people determines the actions of our leaders and where our government truly cares for all of us.