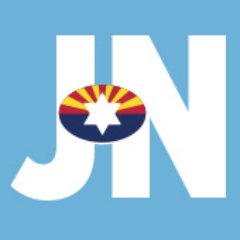 Jewish News of Greater Phoenix is an independent weekly Jewish newspaper published in Phoenix, Arizona. The newspaper reports on local, national, and international stories of interest to the Jewish community in metropolitan Phoenix.

An immigration policy that separates asylum-seeking parents from their children is drawing criticism from immigration advocates and leaders within the Jewish community, both nationally and here in the Valley.

“There are international laws mandating the acceptance of refugees and asylum seekers,” said Rabbi Robert L. Kravitz, president of the Board of Rabbis of Greater Phoenix, who stressed that he was speaking personally and not in his official capacity. “This U.S. attorney general’s May 7 announcement cancels any United States participation in these internationally agreed upon rules.

“Taking children from their parents reminds me of the ‘left’ or ‘right’ decisions against us made by the Nazis. Assisting those who are fleeing persecution and suffering should charge our Jewish communities’ sensibilities and response. After all, not so many years ago we were the ‘those people’ fleeing terror and persecution.”

On May 7, U.S. Attorney General Jeff Sessions spoke in Scottsdale about his “zero-tolerance” policy toward border enforcement, unveiling plans to prosecute all undocumented border crossers. He also confirmed that undocumented families caught crossing the border would be separated.

The move came after U.S. Customs and Border Protection reported that apprehensions at the U.S.-Mexico border had more than tripled since April 2017.

“If you are smuggling a child, then we will prosecute you, and that child will be separated from you as required by law,” Sessions said. “If you don’t like that, then don’t smuggle children over our border.”

The Jewish Council for Public Affairs, a hub of 16 national Jewish agencies and more than 125 local Jewish Community Relations Councils, strongly condemned the policy as “cruel and inhumane.” The group argued that children are particularly likely to suffer emotionally and psychologically due to separation from their parents. The group also maintains that the policy will add to the suffering of families, many of whom are fleeing violence in their home countries.

“The U.S. is a nation of immigrants and how we treat immigrants, even those who come to this country as migrants or asylum-seekers, should reflect our values of respect and fair treatment for all human beings,” the JCPA said in a statement released on May 30. “We call on the Administration and Congress to put an immediate end to the policy of separating families when they present themselves at official ports of entry or are apprehended at the border.”

The JCPA was also “extremely concerned” that the U.S. Department of Health and Human Services has admitted to losing track of more than 1,400 children who were separated from their families. The admission came from Steven Wagner, the acting assistant secretary of the department, when he testified before the Senate in April.

“The Jewish people have been immigrants lacking rights and legal protections for millennia,” Yanklowitz said. “It is a profound Jewish moral imperative, due to that painful history and due to Torah values, that we are at the front lines protecting immigrant families who are fleeing violence and/or poverty.

“Under no circumstance would the Torah ever allow an immigrant child to be cruelly removed from their mother’s and father’s protection, and we must raise our voices of faith and conscience against such harsh decrees.”

Rabbi Jason Kimelman-Block, Washington director of Bend the Arc Jewish Action, condemned the policy at a rally in the nation’s capital as part of the National Day of Action for Children held last Friday.

“When many of us research our own family histories and learn about how some of our grandparents immigrated to this country as teenagers and as younger children, I think what we’ll find is it’s not all that different than immigrants who are trying to come here now.”

This article originally appeared on Jewish News of Greater Phoenix.