Did you watch Judge Jackson’s hearings? 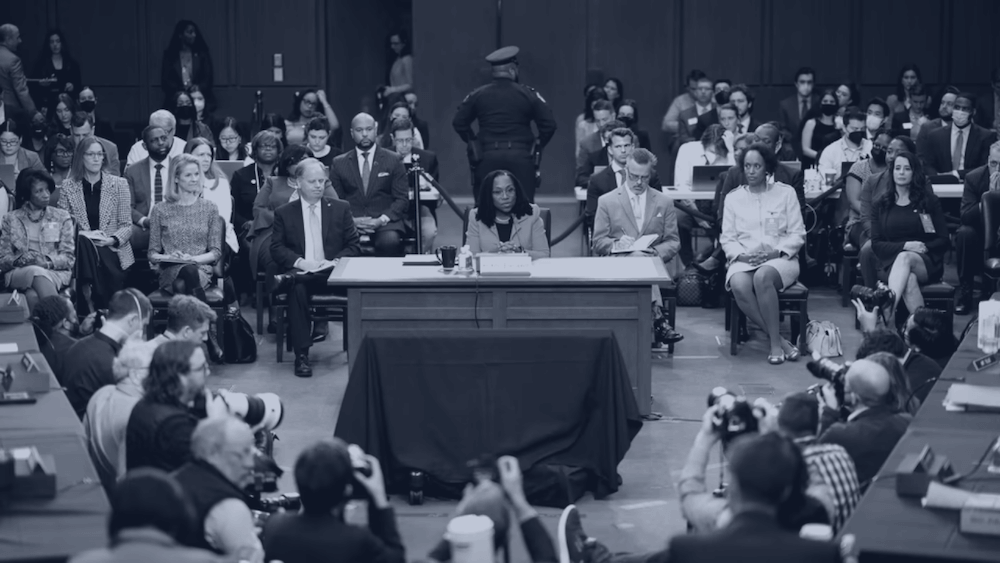 Judge Jackson’s hearings showed us two things this week: That she will be a tremendous benefit to the court and our country once confirmed, and that the GOP’s extreme, racist, and sexist views stand in the way of multiracial democracy.

Judge Ketanji Brown Jackson demonstrated this week why she is one of the most qualified Supreme Court nominees in decades.

But her treatment in the Senate was painful and shameful. Even as she faced an onslaught of racist and sexist attacks and double standards from right-wing politicians and media, Judge Jackson showed her unwavering commitment to protecting the civil rights of all people in America, no matter their race or background.

The hearings this week were another example of a long-running, unique American spectacle: tearing down a person of color who has dedicated their life to repairing the very brokenness of this country. Powerful white politicians flipping reality to make themselves the victims. The perverse claim that the elevation of a Black woman takes something away from some of us, instead of the truth: her success elevates all of us.

When President Biden announced his promise to nominate the first Black woman to the Supreme Court, we knew she would face a different level of scrutiny and bias. Nonetheless, the demonstration of overt racism, coded dog-whistles, QAnon-fueled conspiracy theories, and insulting degradations of her legal qualifications this week was another clear warning sign of how far-right, white nationalist views endanger multiracial democracy.

To also see the normalization of this political behavior by so many media outlets is deeply concerning for all of us who care about justice, truth, and the future of our democracy.

And yet we are hopeful. The attacks on Judge Jackson should motivate all of us to organize for the day when a Black woman no longer needs to hold her composure through a gauntlet of public insults and slander in order to serve the country she loves.

We rise with joy and hope, as a multiracial Jewish community, for a country where all of us are safe and free. We look forward to celebrating Judge Jackson’s swift confirmation as a monumental step toward equal justice for all.

PS: The overtly racist and sexist attacks on Judge Ketanji Brown Jackson this week were infuriating, but Bend the Arc is organizing to defeat politicians who spread fear and division to undermine justice and equality. Donate today to help expose and defeat the GOP’s racist, fear-based playbook.