Washington, DC – Los Angeles activists from Bend the Arc: Jewish Action on Sunday led multifaith partners in an action to demand reunification of immigrant families and an end to ICE’s unjust detention and deportation of immigrants. Coinciding with the Jewish fast day of Tisha b’Av, the day on which Jews mourn the violence and destruction that their communities have experienced over centuries, activists called for an end to baseless hatred and demanded justice and compassion for all marginalized communities.

Over 150 people came to the heart of the West LA Jewish community – lining the sidewalks of Pico and Robertson Boulevards—to chant for family reunification, listen to community rabbis compare the Biblical Lamentation over the destruction of the Temple to the contemporary destruction of families and communities at the hands of ICE, and hear the testimony of Ilyanna, a human rights professor from Venezuela who was just released from the Adelanto Detention Center (a private prison), after fleeing here for her life.

“We cannot be silent in the face of this moral emergency, as parents and children are torn apart and kept separated, and as immigrants nationwide are threatened, harassed and detained by ICE,” said Rabbi Aryeh Cohen, Rabbi in Residence at Bend the Arc Southern California. “We are using Tisha b’Av, the most mournful day of the Jewish calendar, to remind ourselves that the suffering our ancestors experienced over the centuries is being inflicted on immigrants in our own communities today and to demand an end to this senseless hatred.” 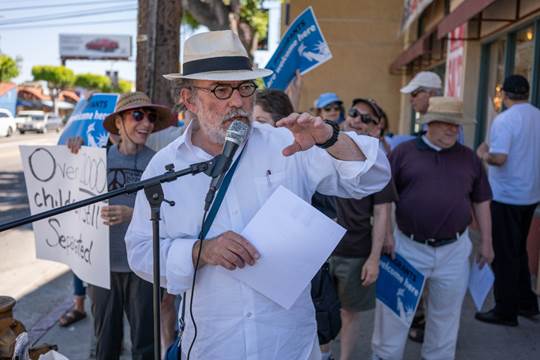 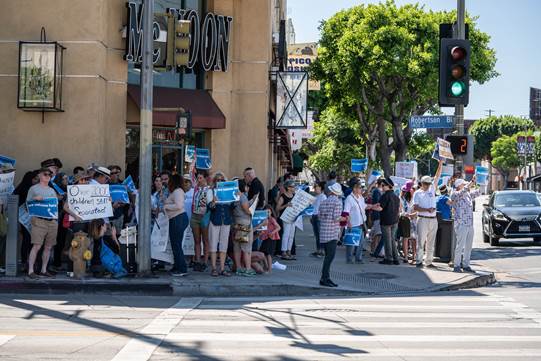 Bend the Arc: Jewish Action has been mobilizing Jewish resistance to the Trump administration's “zero tolerance” policies which criminalize immigrant families and refugees, including organizingtwo recent actions at LaGuardia Airport to witness the arrivals of migrant children, protesting outside the home of Secretary Nielsen, and engaging in additional civil disobedience in southern California.