As part of the observance of Sukkot, when Jews all over the world build temporary houses, Jews will canvass and phone bank to build another House (of Representatives) — by working to replace members of Congress who enable Trump’s immoral agenda.

Join us for a phonebank in Seattle as part of Interrupt Trump 2018, the largest Jewish grassroots election effort to mobilize voters in response to this historically dangerous time in our country

As we fight back against family separations, the Supreme Court's decision to uphold the Muslim Ban, and more, we're clear that if we can replace Trump’s enablers in Congress, we can stem the tide of inhumane policies coming from the White House.

Here in Seattle, Congressional District 8 is a competitive district — and we can help ensure that Dino Rossi, a Trump-backed state senator is defeated.

At the phone bank, we'll build progressive Jewish community, give you the training you need, and then call voters in WA-8 to talk to them about the midterms and the democratic candidate Kim Schreier, a pediatrician who wants to expand Medicaid.

**Please note: you will need to bring a laptop and cell phone to phone bank** 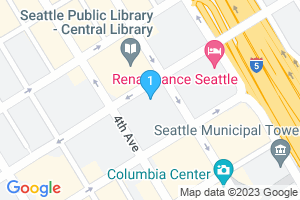