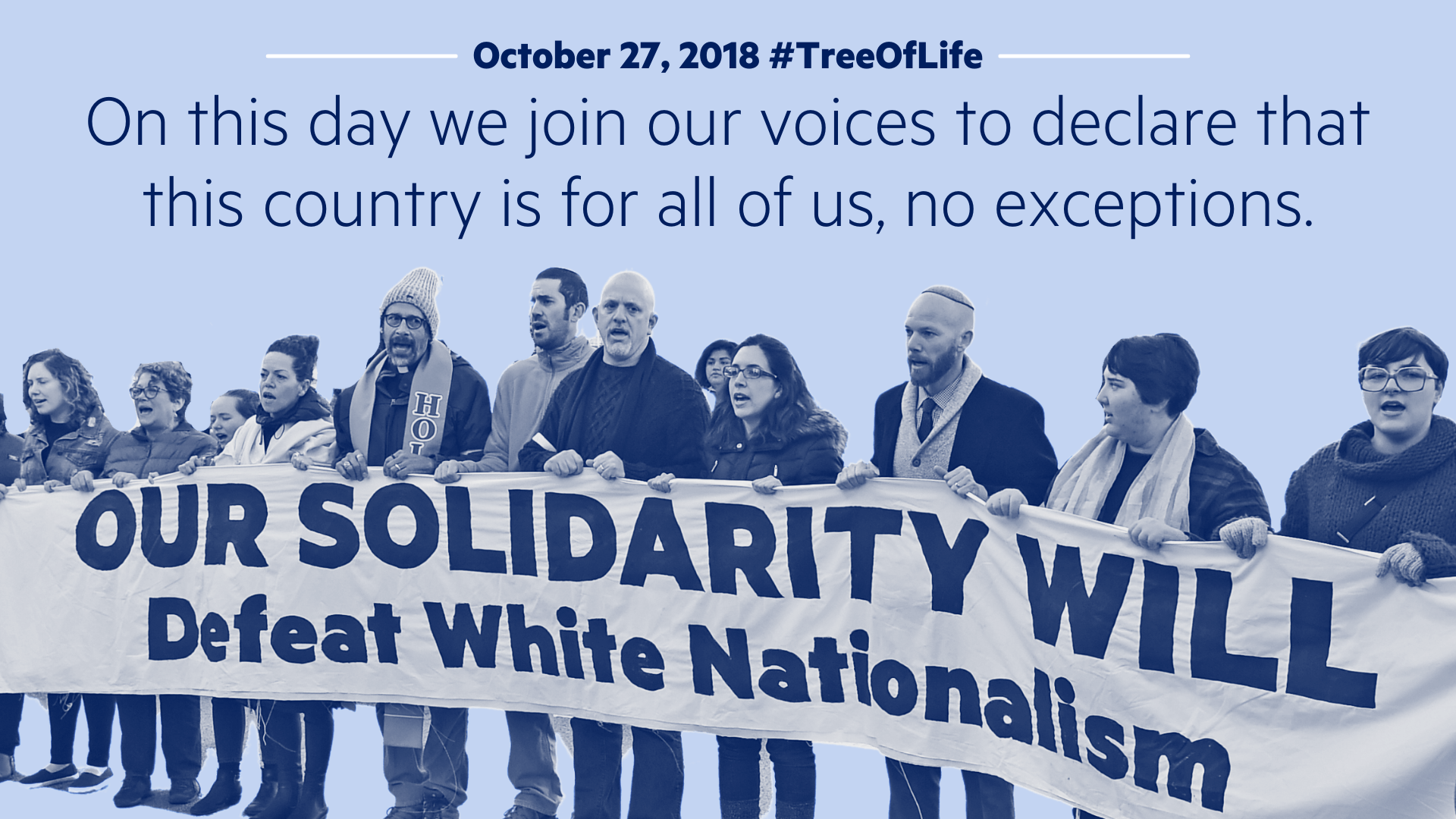 Today is a day of grief and mourning in our Jewish communities. We invite you to join us in remembering the victims and working towards a country where all of us are free and safe.

Three years ago today, we witnessed the deadliest antisemitic massacre in American history.

On October 27, 2018, a man driven by conspiracies and lies took up arms in order to kill Jewish people and stop new immigrants. He murdered eleven beloved community members at the Tree of Life - Or L’Simcha building in Pittsburgh and left our community forever changed.

Today, we remember the victims. May their memories be for a blessing. May we honor them and hold their families and their communities in our hearts. May the Tree Of Life - Or L’Simcha, Dor Hadash, and New Light congregations be surrounded by love and support. 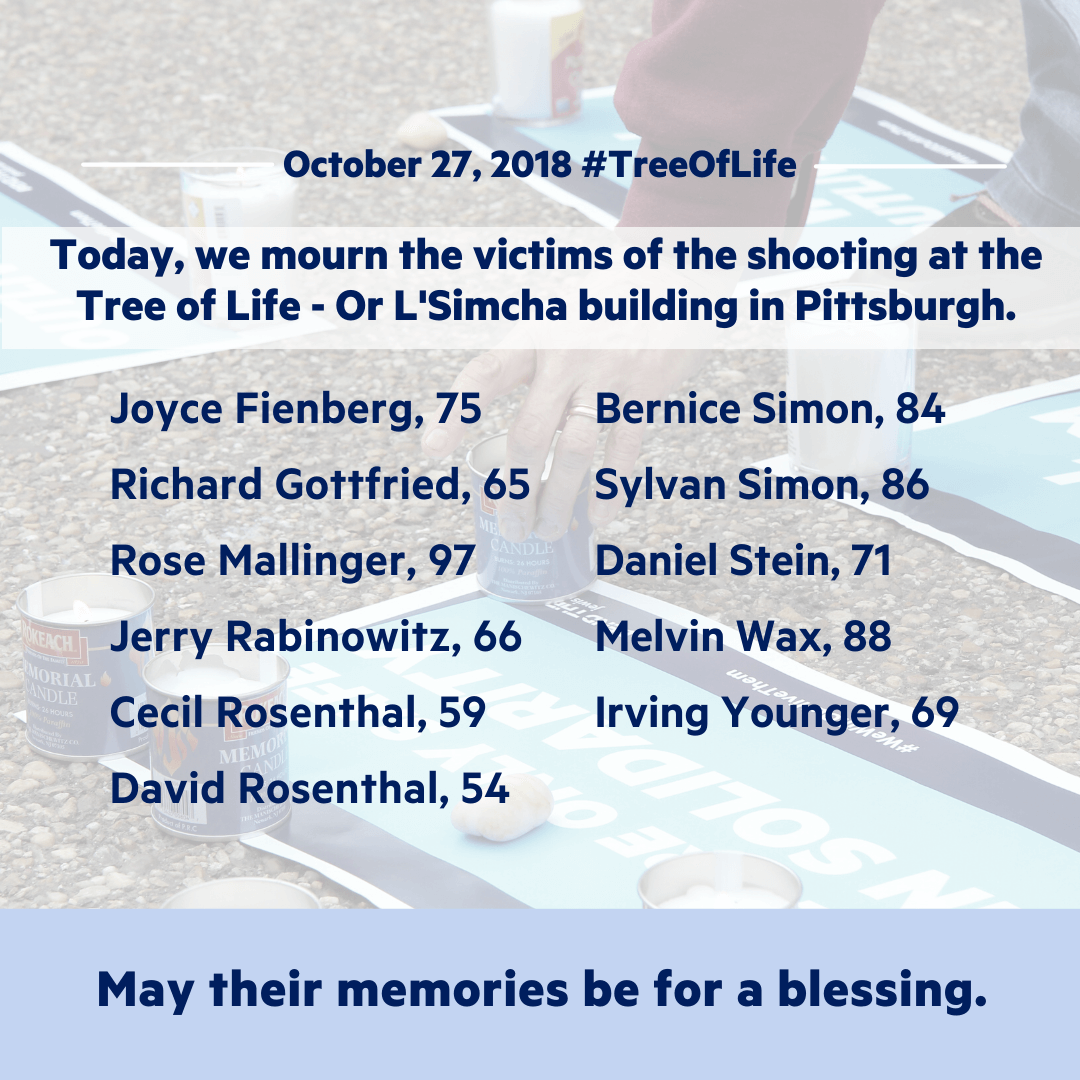 The events in Pittsburgh changed our Jewish communities, and they also changed us at Bend the Arc. Here is a timeline of how we’ve organized together at this time each year to remember the victims — and to never forget how the attack came after months of politicians mainstreaming dangerous lies and white nationalist ideology. 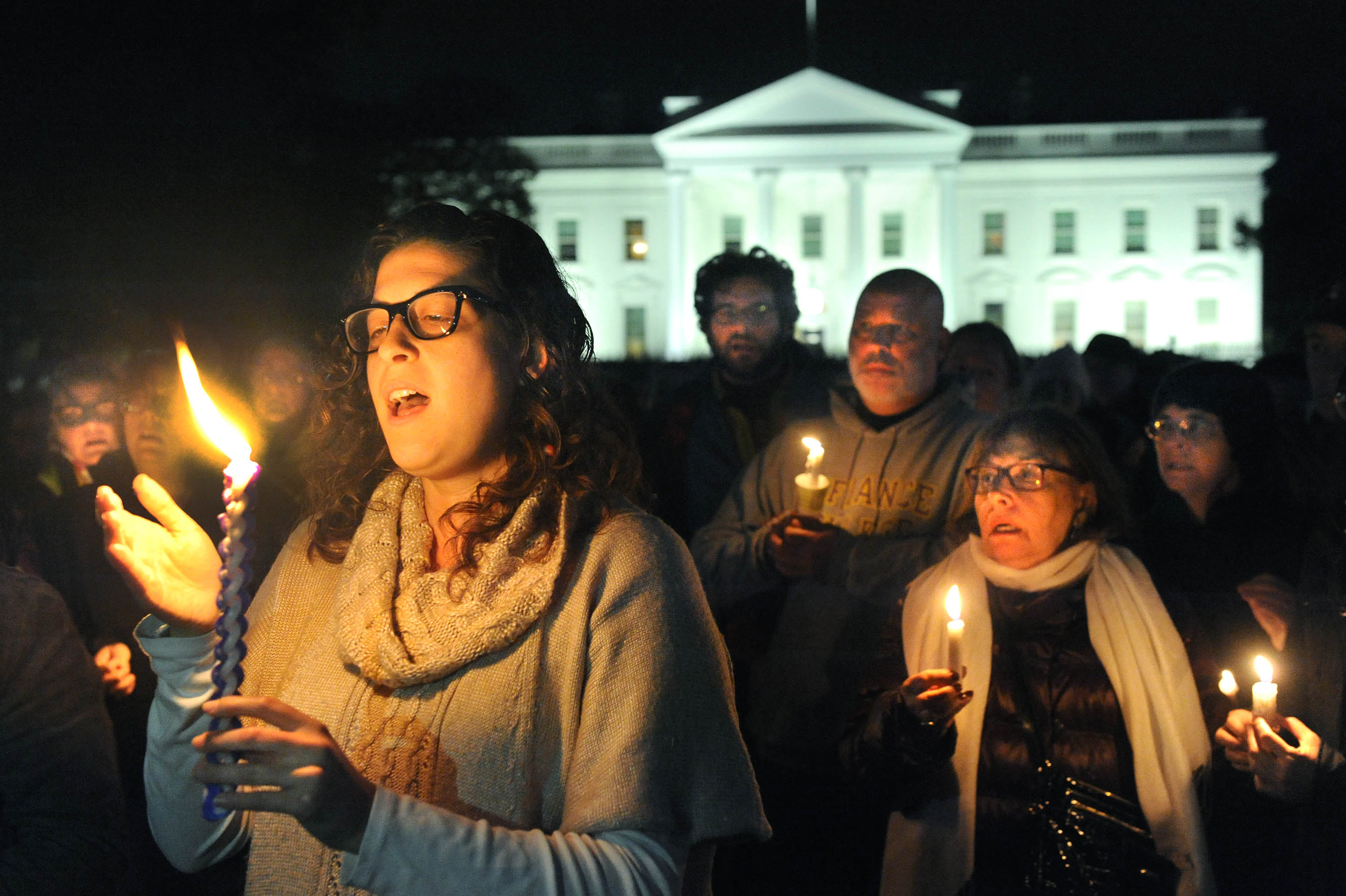 In the hours after the shooting, Bend the Arc: Pittsburgh leaders wrote an open letter to then-President Trump, telling him he was not welcome in Pittsburgh until he denounced white nationalism. More than 160,000 Jewish Americans and allies signed their letter, and thousands turned out to vigils across the country. Days later, Pittsburgh leaders helped organize a march of thousands more through the streets of Squirrel Hill, forcing Trump’s motorcade to turn around. 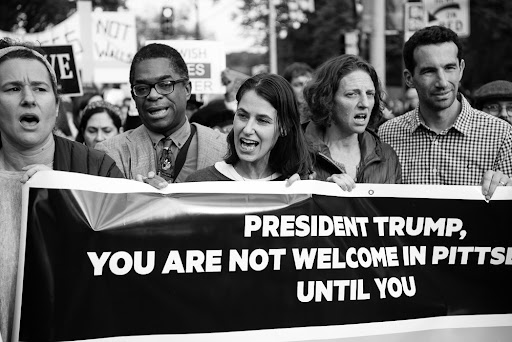 In October 2019, Bend the Arc: Pittsburgh leaders, Bend the Arc staff, and allies were arrested protesting Trump’s visit to the city just days before the one-year anniversary of the shooting. Later that day, Bend the Arc leaders bravely disrupted Trump’s speech and he threatened them with violence, making it clear that “Trump Endangers Jews.” 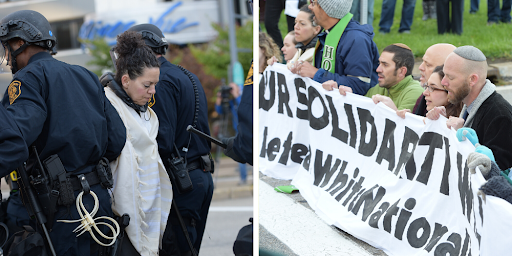 Last October, we organized the We Rise: National Solidarity Gathering with dozens of movement and faith leaders and elected officials, like Senator Bernie Sanders, mourning all that white nationalism had taken from our communities and pledging to rise up in solidarity to build a country for all of us. 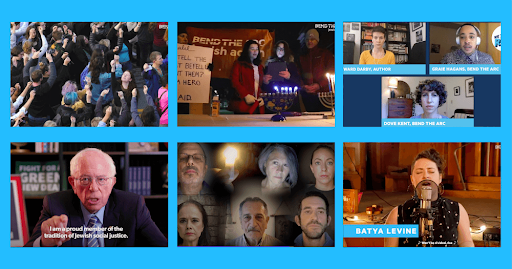 We continue the fight against white nationalism and antisemitism in all forms — exposing white nationalists in Congress, working with our allies to combat extremist movements, and organizing to elect leaders who truly represent all of us.

Devastatingly, the same lie that animated the gunman in Pittsburgh, which blames Jewish people and new immigrants for hard times, is being repeated today by pundits and politicians, from Tucker Carlson to Republican leadership in the House. They’re using it to manufacture division and fear to grow their own power — to build a country only for themselves, no matter who gets hurt.

We refuse to let that happen. By joining together with our neighbors across lines of difference, we can shut down the engines of fear and protect each other. That’s the legacy Bend the Arc leaders in Pittsburgh are building — and it’s what Bend the Arc staff and leaders across the country are working towards each and every day.

On this day, we join our voices to declare that this country is for all of us, no exceptions. May we rise as one against white nationalism, antisemitism, and all forms of bigotry — and may we build a country where every person can live with freedom, safety, and belonging no matter how we pray, what we look like, or where we come from.

May their memories be for a blessing.

In love and community,