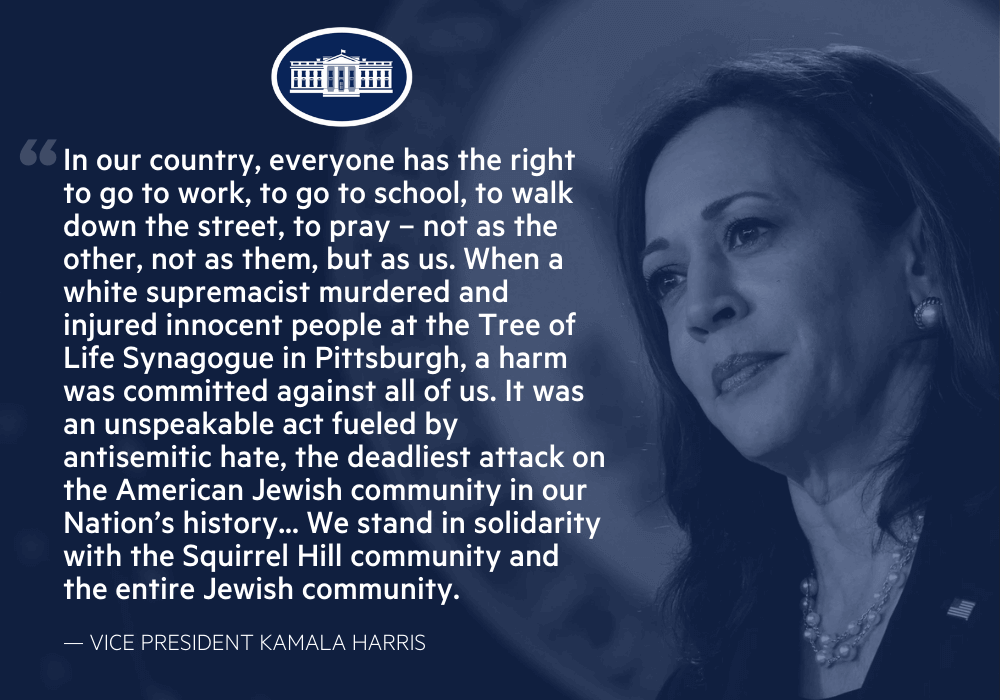 We’re so moved by messages from partners and elected officials commemorating the anniversary of the shooting at Tree of Life. But some politicians and pundits continue to try to divide us. Read on below.

Yesterday was a day of remembrance for our Jewish communities and allies as we commemorated the third anniversary of the shooting at the Tree of Life - Or L’Simcha, New Light, and Dor Hadash congregations.

Three years ago, the deadliest antisemitic massacre in our country’s history was incited by antisemitic conspiracies and anti-immigrant hysteria spread from cynical pundits and politicians, including from the mouth of the then-President. This year couldn’t have been more different, with our nation’s leaders calling for solidarity, condemning antisemitism and white supremacy, and calling for a country where we all belong and are all safe. 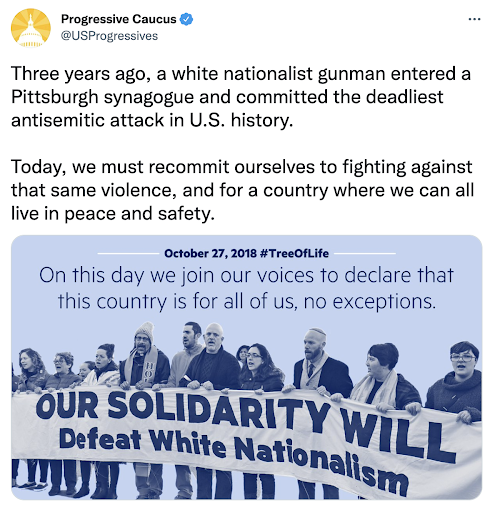 But today, the same dangerous lies and white nationalist talking points that incited the shooter in Pittsburgh are still being repeated by some pundits and politicians. Just this week, on the eve of the Tree of Life anniversary, Fox News and House Minority Leader Kevin McCarthy again spread fear and disinformation about immigrants seeking asylum. This “great replacement” conspiracy theory is exactly what led to the shooting at Tree of Life.1

And yesterday — on the actual anniversary — Senator Ted Cruz defended the use of nazi salutes at school board meetings, mere weeks after a Texas school administrator told teachers to include "opposing" views on the Holocaust in their curriculum.2,3

Our partners join us in having clarity on what this moment demands: We must organize to defeat politicians and pundits who seek to build a country that’s only for themselves and people like them, dividing us against each other and making us afraid while they hoard power and wealth. 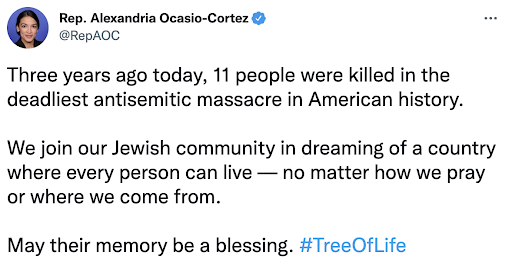 Members of Congress and elected officials remembered the victims of the shooting at Tree of Life, including Reps. Cori Bush, Tim Ryan, Adriano Espaillat, and Bobby Rush, Sens. Reverend Raphael Warnock and Tammy Duckworth, and more.

Movement partners showed up for us with love and support, including our friends at The Leadership Conference on Civil and Human Rights, Faith in Public Life, UltraViolet, and more.

Amidst this outpouring of grief, solidarity, and community, we’re reminded that when we come together across differences, we can dismantle the engines of fear and division. We can build a country that is truly for all of us — where we can all live in safety and belonging no matter how we pray, what we look like, or where we come from.

We will build that country together. 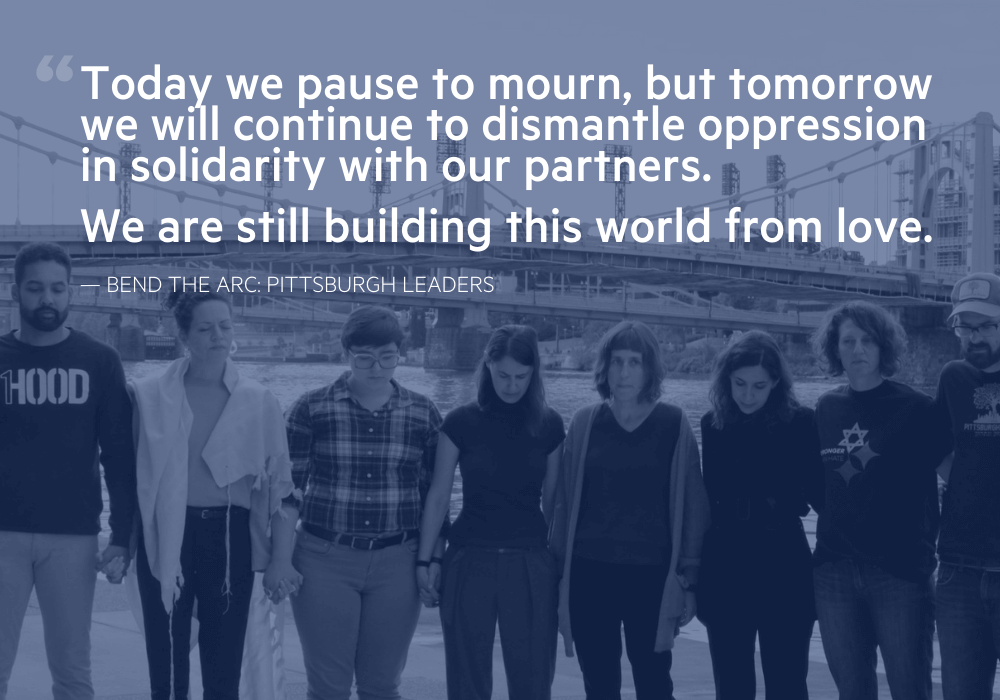 Thank you for being part of this movement with us,