We have a plan for how to win in November and build a country for all of us — but we need your help to get there. Donate today, before our end of fiscal year deadline tomorrow.

At Bend the Arc we have a plan — because what we do between now and November determines whether we have 4 more years of Trump, or whether we can get to work building a country where we are all safe and free.

Here are our top 3 priorities for this summer — we hope you’ll join us in investing in this vision:

We know you’re here because you believe that we can win and are with us to grow this Jewish movement for justice.

Help us win this year: Make a gift to Bend the Arc before our fiscal year ends tomorrow to power our ongoing work for a more just America.

We have 3 top priorities for this summer:

Anti-Black racism is built into the foundation of this country, with Black communities facing under-investment and state-sanctioned violence for centuries. Right now, hundreds of thousands of people around the country are rising up to demand change. It’s time to stop funding state violence, and redirect our resources to invest in our communities.

What we’re doing: Bend the Arc is following the lead of our Jewish and non-Jewish Black-led organizational partners both nationally and in local communities across the country. From Portland to Long Island, Albuquerque to Pittsburgh, Louisville to Champaign-Urbana, local Bend the Arc groups are working with partners on the ground to show up for protests, urge local governments to defund police, and remove racist leaders from office.

And Bend the Arc has deepened our commitment to racial equity inside and outside our organization by signing on to Not Free to Desist, an open letter from Black Jews, non-Black Jews of Color, and allies, urging our Jewish community to strengthen its commitments to racial justice in a meaningful and lasting way. 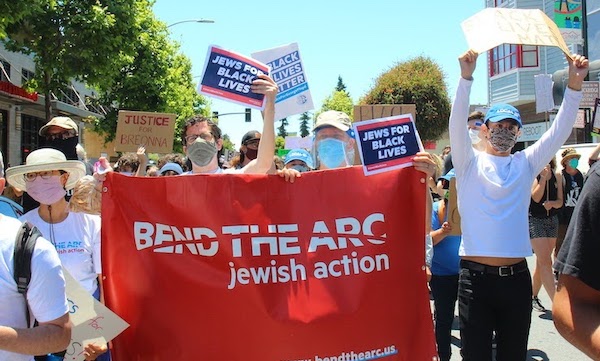 Under this administration we’ve seen an increase in the use of antisemitism to scapegoat Jews and divide our multiracial Jewish community from our allies in the fight for justice.

What we’re doing: We’re showing who Trump and his enablers really are — unmasking the white nationalism, antisemitism, and racism that’s the foundation for everything they do.

Just last week, we sounded the alarm with a now-viral Twitter thread on Trump’s use of Nazi symbols in campaign ads on Facebook. We worked behind the scenes with our friends at Equality Labs to grow public pressure across social media and in over 100 news stories. This work builds on years of work by our partners at Muslim Advocates and Color of Change.

The public pressure worked — Facebook took down the ads within 24 hours. But they left up hundreds of other Trump campaign ads spreading false and dangerous accusations about the uprising for Black lives. That’s why we launched a petition calling on Facebook to take anti-Black racism as seriously as it does antisemitism and Nazi imagery. 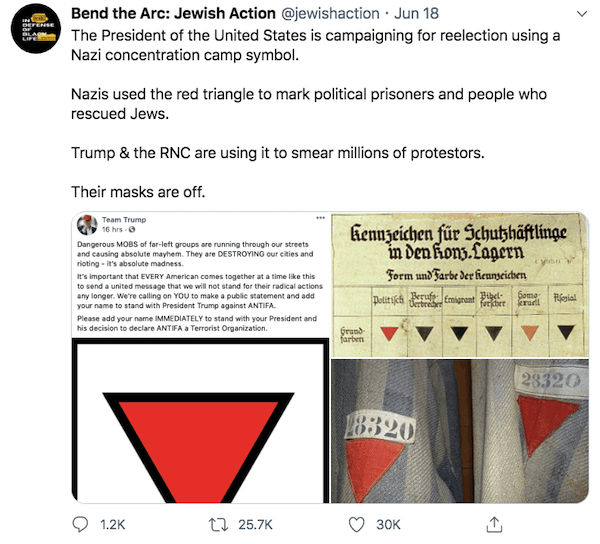 We’ll continue to hold accountable the perpetrators and enablers of anti-Black racism and antisemitism this summer and beyond. Donate to support this work before the fiscal year ends tomorrow.

3. Removing Trump and his enablers from office in November

The racism, xenophobia, and antisemitism of this administration are a threat to all of us. Under this administration we’ve seen white nationalism move from the margins to the mainstream. We know that this is a threat for our multiracial Jewish community and our beloved allies in other targeted communities.

We’re building on a strong track record. In the 2018 midterm election, our leaders reached out to over 375,000 voters in the closest races across the country, through door knocks, calls, and texts. And in 2016, we led the only national Jewish mobilization to stop Trump.

What we’re doing: Through our We Rise As One campaign, we’re mobilizing Jews around the country to help replace Trump and his allies with leaders who share our vision for a multiracial democracy. 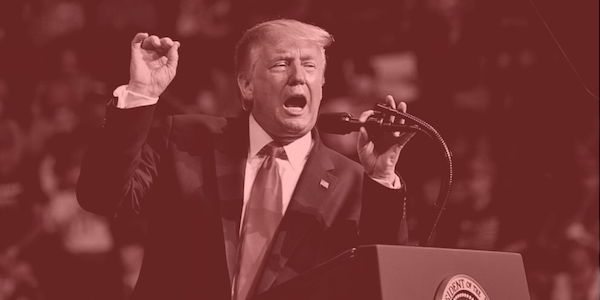 We know that these issues — racism, antisemitism, and white nationalism that Trump and his allies have perpetuated and enabled — are all connected. It’s how politicians pit our communities against each other to build a country that’s only for themselves.

We see their tactics clearly. And we have the roadmap for how to win in November and create the future we envision for generations to come.

We need your support to put our plan into action. Donate today — before our end of fiscal year deadline tomorrow — to support this critical work through the summer and beyond.

With gratitude and solidarity,

PS: Your donation will help us implement our road map for fighting anti-Black racism and antisemitism, and removing Trump and his allies from the halls of power in 2020. Support our work to build a country that’s for all of us: Donate today.