Its time for Congress to Deliver 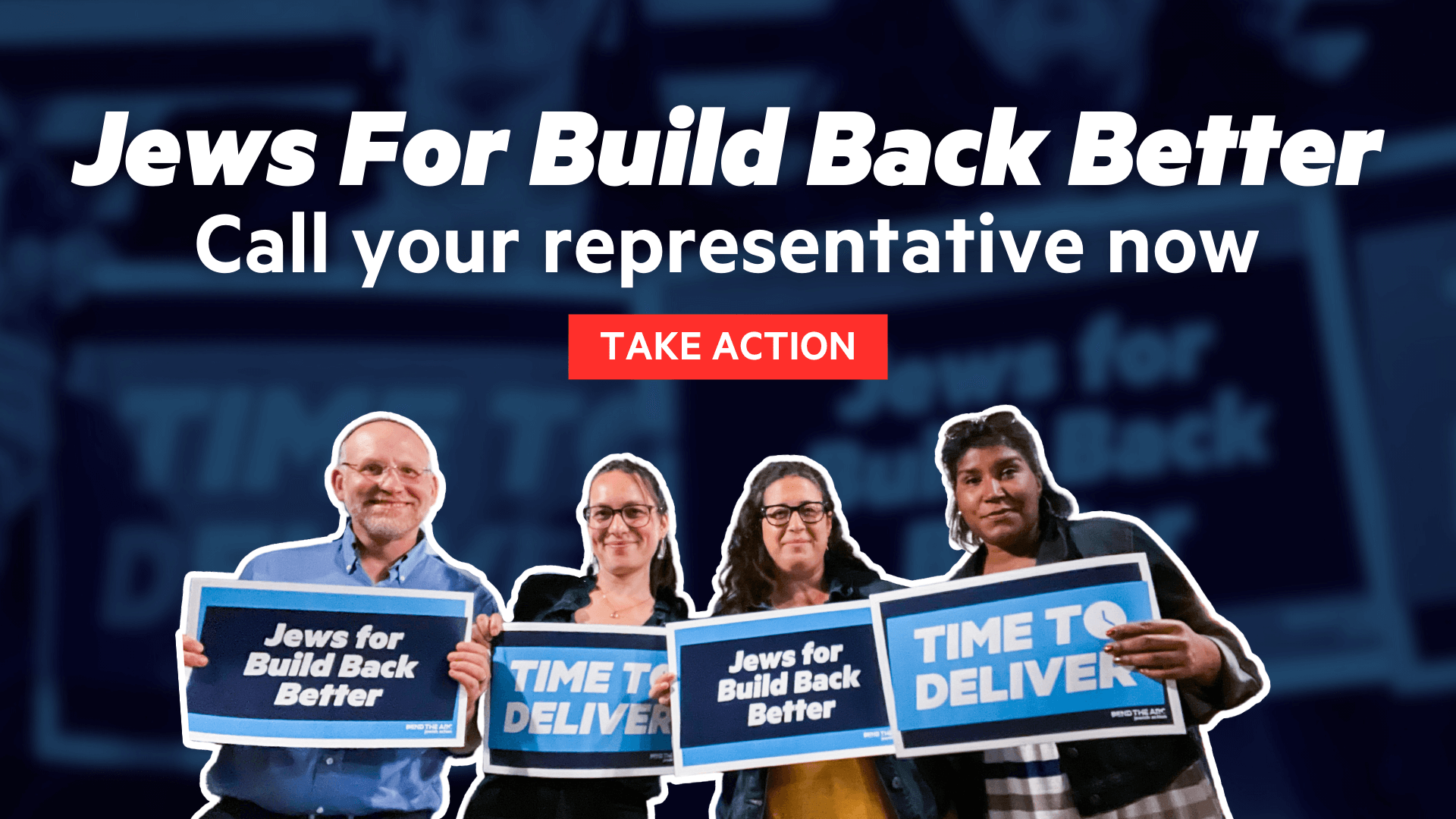 The House pledged to pass Build Back Better this week. Call your Representative TODAY to make sure they deliver.

First, thank you for staying in the fight to pass the Build Back Better agenda. Bending the arc toward justice is what we do as Jews and allies.

Now, we have another push: This is the week the House promised to vote on Build Back Better. To keep up the momentum, Jewish organizations, leaders, and volunteers across the country are driving calls TODAY to show where our community stands. Every call we make matters.

Join Jewish activists across the country calling their legislator to demand passage of the Build Back Better Bill.

Last month, Bend the Arc partnered with Dayenu and rallied alongside 30 organizations representing millions of Jewish community members to demand Congress finally deliver the wildly popular policies in the Build Back Better bill.

This piece of legislation is the culmination of decades of organizing to transform our collective future and build a country where everyone can thrive. It would:

That’s why I’m asking you to call your Representative today. Two weeks ago Congress invested in equitable roads, railways, and physical infrastructure. But that was only one half of this crucial package. Now it's time to invest in human infrastructure — our families, children, essential workers, air and water — the House of Representatives must vote to pass the Build Back Better Bill and send it to the Senate THIS WEEK.

Call your Representative today and demand they deliver for the American people.