Tisha B'Av — known as the saddest day of the Jewish year — was this past Sunday. In Los Angeles, we mourned in the streets.

Last week in Los Angeles, Jews and allies continued the tradition of marking Tisha B'Av in the streets, crying out against violence in our immigration and carceral systems.

The tragedy of immigrant detention and deportation has not stopped, even with a Democratic trifecta in power. We persist in the work of repairing the damage of these last four years and beyond. 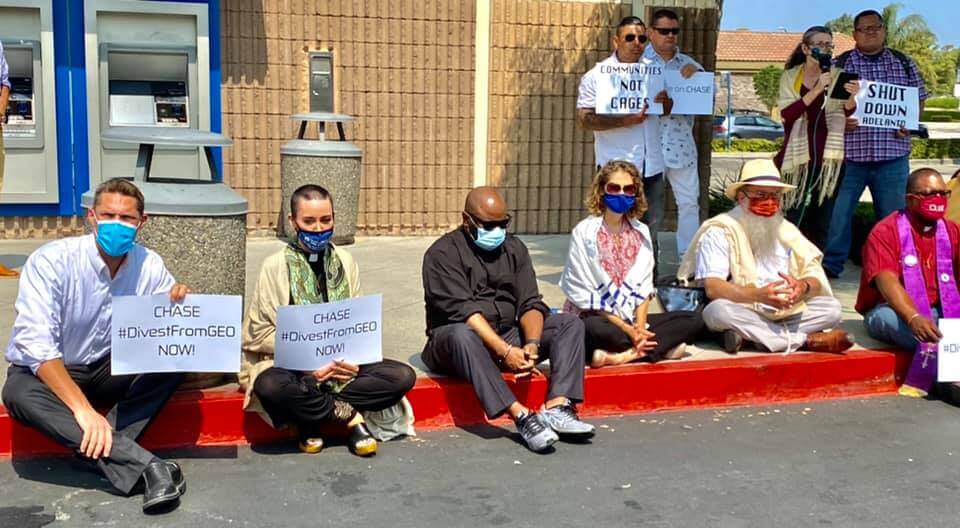 The action and car rally targeted Geo Group, the largest private owner of detention centers in the country, and Chase Bank, which invests in them, who both directly profit from incarcerating immigrant families seeking safety.

Across the country, Bend the Arc groups like ours here in Southern California are organizing for immigrant justice, economic justice, racial justice, and more. You can join a group to participate in actions rooted in Jewish ritual, campaigns for political change, and community building with leaders and organizers in your area and nationally.

There are over two dozen local Bend the Arc groups across the country. Check out this map and use the Sign Up link to get involved.

In the story of Tisha B’Av, “baseless hatred” contributed to the destruction of the Temple — the people were so divided against one another that they could not unify against a common enemy.

We experience the same dynamic in our country today, where right-wing political movements attempt to divide our communities for political power, policy, and profit.

We mark Tisha B’Av to lament the fallen state of the world. We also believe that the seeds of liberation were planted at the moment of the greatest destruction. With our actions, our fight for justice, we nurture those seeds.

Thank you for making our Jewish community a place where we act together for liberation.Until justice is real,