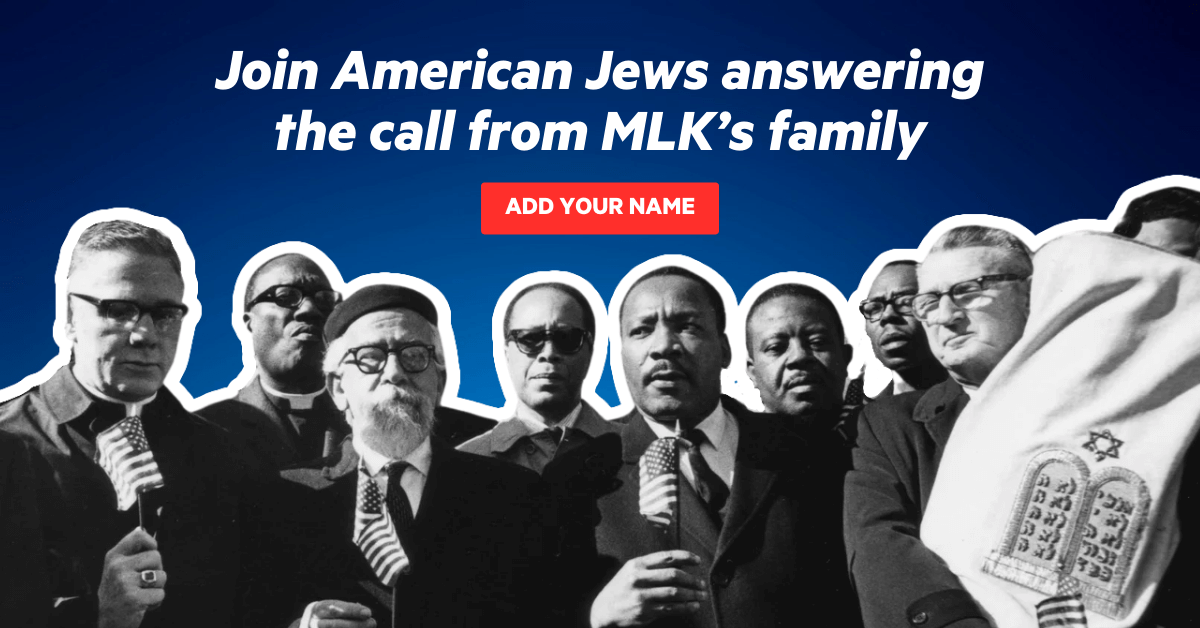 The King family is leading a call for immediate action on voting rights. Add your name to the national Jewish petition to amplify their demands.

We are living through the most coordinated effort to disenfranchise voters since Jim Crow.

Protecting the upcoming election in November is paramount, but the window for action is narrowing: 19 states have already enacted laws to sabotage fair elections, restrict voting rights, and overturn the will of the people.1

Today we’re launching a national Jewish petition to organize our communities and amplify the King family’s call to action.

Add your name to the Jewish petition: Demand Congress honor Dr. King’s legacy by protecting the right to vote.

This is our chance to show up with the full force of the Jewish community to honor Dr. King’s legacy and prevent the next attempt at a minority takeover by the white nationalist movement and their allies in government.

We join with the family of Dr. Martin Luther King, Jr. and millions of fellow Americans to demand Congress act urgently to defend democracy by passing:

And as part of this fight, we’re calling on the Senate to change filibuster rules to make passing voting rights legislation possible. We know changing these rules is possible — they already did it last month to address the debt ceiling.3

After you sign the petition, keep an eye on your inbox. Over the next few weeks, we’ll share opportunities for action as we mobilize with hundreds of partners and thousands of people like you.

We cannot be silent, nor should we despair. One year ago, Georgia voters elected their first Black senator since Reconstruction and their first Jewish senator ever. It’s a testament to decades of Black grassroots organizing and the vision of multiracial democracy we are fighting for.

We can make that vision a reality. But the time for action is running out. If Congress doesn’t pass these laws this month, we may not be able to protect voting rights in states across the country for the midterm elections.

Add your name to demand Congress act urgently to protect free and fair elections — the very foundation of our democracy.

Thank you for rising with us,