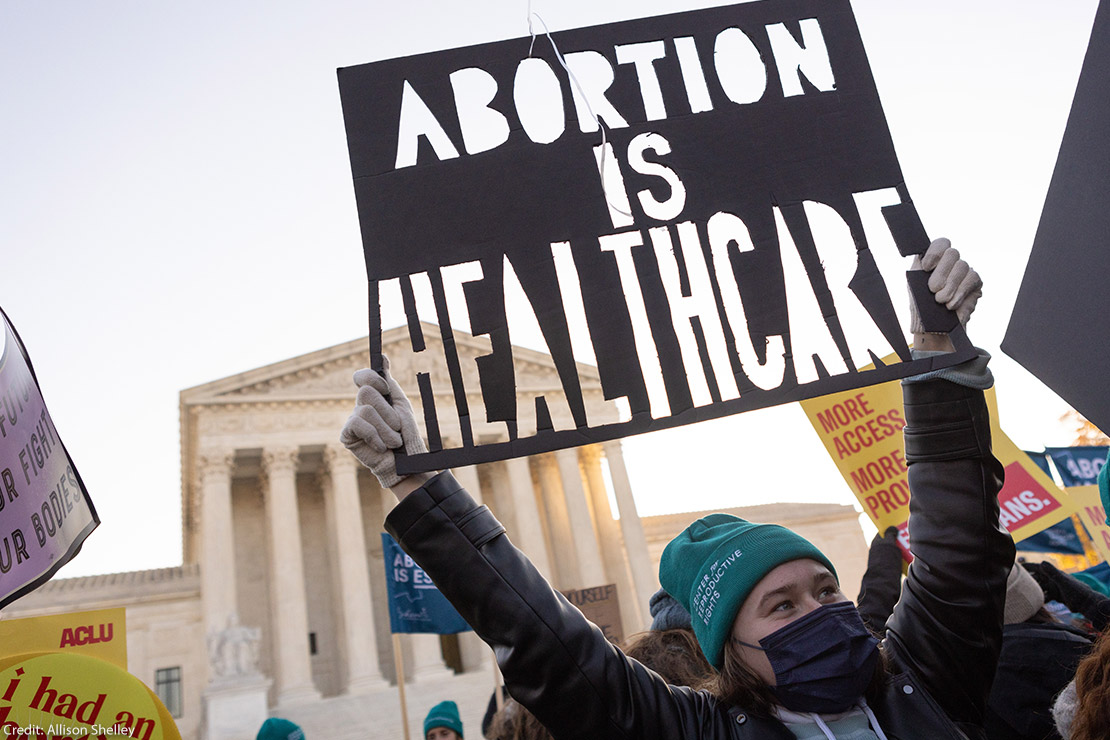 Bend the Arc: Supreme Court's decision to overturn Roe v. Wade is devastating
Supreme Court’s right-wing supermajority is determined to enforce their extreme, unpopular, and dangerous views over the will of the people

“Every human being deserves the freedom to make their own decisions about their body, their family, and their future without political interference,” said Bend the Arc: Jewish Action interim CEO Jamie Beran. “The Supreme Court’s callous and misguided decision to eliminate that freedom by overturning Roe v. Wade is devastating for everyone who cares about democracy and the health of millions of women and people who can become pregnant – especially the Black people, people of color, and poor people who will be hit hardest by draconian abortion bans.”

“Although right-wing politicians often cite so-called ‘Judeo-Christian values’ to support their extreme and unpopular agenda, the simple fact is that abortion access is a Jewish value, period. However, the Supreme Court’s current supermajority – pushed through by Republican senators who represent a minority of Americans after stealing a court seat from our nation’s first Black president – is determined to enforce their dangerous views over the will of the people. With this ruling, they have opened the door to rolling back landmark civil rights rulings from contraception access to protections for same-sex and even interracial marriages.”

“This is another moment that lays bare the stark reality of this moment: a minority political movement of white Christian nationalists are working to redefine who has rights in this country, whose voices count, and who belongs. In recent years, this ideology — which seeks to build a country only for themselves — has been fueling violence against LGBTQ people and trans communities, banning books and the teaching of history, undermining free and fair elections, and fomenting mass shootings targeting Black people, Jewish people, immigrants, and Latinx people.”

“But together we are strong, and we have faith that justice will ultimately prevail. We will never stop building power in legislatures, at the ballot box, and in the streets to protect our rights and freedoms. We have the popular will and we have our love for each other. Together we will shut down this machinery of division and fear, and build a country where all of us – all religions, colors, genders – are safe, free, and able to thrive.”