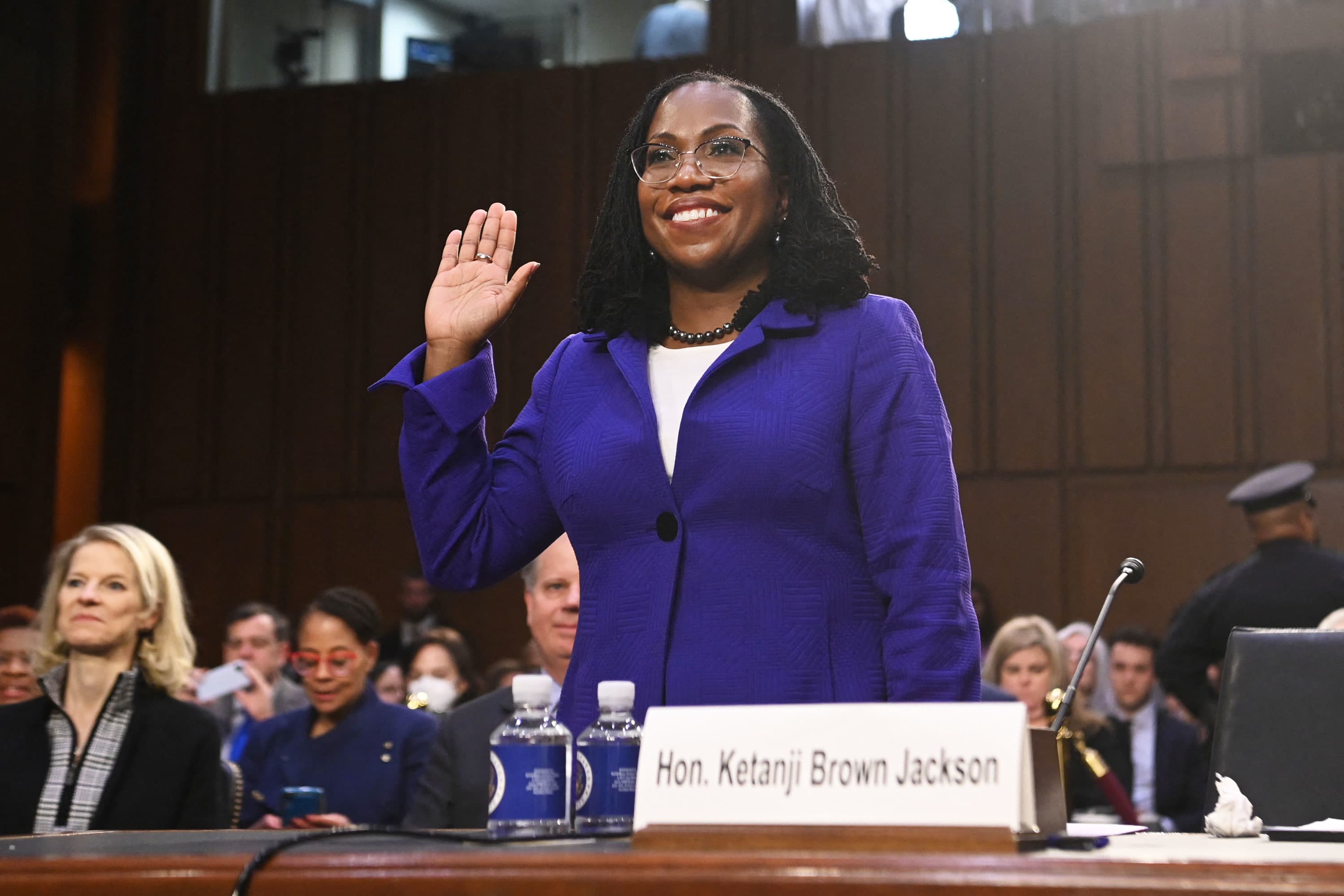 Bend the Arc statement on Supreme Court confirmation hearings
The hearings demonstrated both why Judge Jackson will be such a benefit to the court and our nation once confirmed, as well as how extreme, racist views are shaping our politics and discourse

WASHINGTON – Bend the Arc: Jewish Action released the following statement on Thursday in response to racist and sexist attacks against Judge Ketanji Brown Jackson during her Senate confirmation hearings:

“Judge Ketanji Brown Jackson demonstrated this week why she is one of the most popular Supreme Court nominees in decades, and why her legal experience, sharp intellect, and perseverance will be such a benefit to our justice system once she is confirmed,” said Rabbi Jason Kimelman-Block, Washington Director of Bend the Arc: Jewish Action. “Even as she faced an onslaught of racist and sexist attacks and double standards from right-wing politicians and media, Judge Jackson showed her unwavering commitment to protecting the civil rights and valuing the lived experiences of all people in America, no matter their race or background.

We knew Judge Jackson would face a different level of scrutiny and bias as a Black woman — from politicians, the media, and the public — than other nominees. Still, the spectacle of overt racism, coded dog-whistles, QAnon-fueled conspiracy theories about her judicial record, and insulting degradations of her legal qualifications was a painful sign of how far we have to go to build a society where everyone can live and thrive. These senators’ behavior revealed just how much a major political party in America is openly organized around racist politics of white grievance, manufacturing fear and misinformation to push their minority views, and embracing authoritarian notions of justice. The normalization of this behavior by many media outlets was disheartening for all who care about justice, truth, and the future of our democracy.

But we are also hopeful. Like many who have celebrated Judge Jackson’s nomination, we long for the day when a Black woman no longer needs to hold her composure through a gauntlet of public insults and slander in order to serve the country she loves. And we won’t let these attacks stop us from fighting for a government that represents all of its people. We call on the Senate to swiftly confirm Judge Jackson, and for all people to reject politicians who use fear and division to force their discriminatory minority views on the public. We rise with joy and in hope with Judge Jackson for a country where all of us are safe and free, and we look forward to celebrating this monumental step toward equal justice when she is confirmed.”