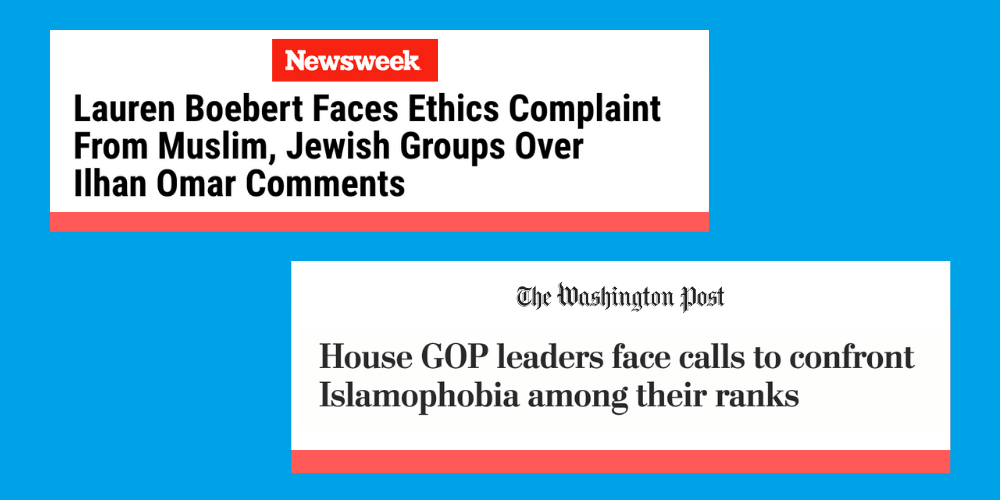 Alongside our allies at Muslim Advocates, we just filed a formal ethics complaint against Rep. Lauren Boebert — and we wanted you to be one of the first to know.

We sprang into action with our Muslim partners because we believe when we join together across lines of difference and fight for each other we can build a country where freedom, safety, and belonging are for all of us, no exceptions.

You can read more about Rep. Boebert’s dangerous actions and our response in Newsweek and The Washington Post. 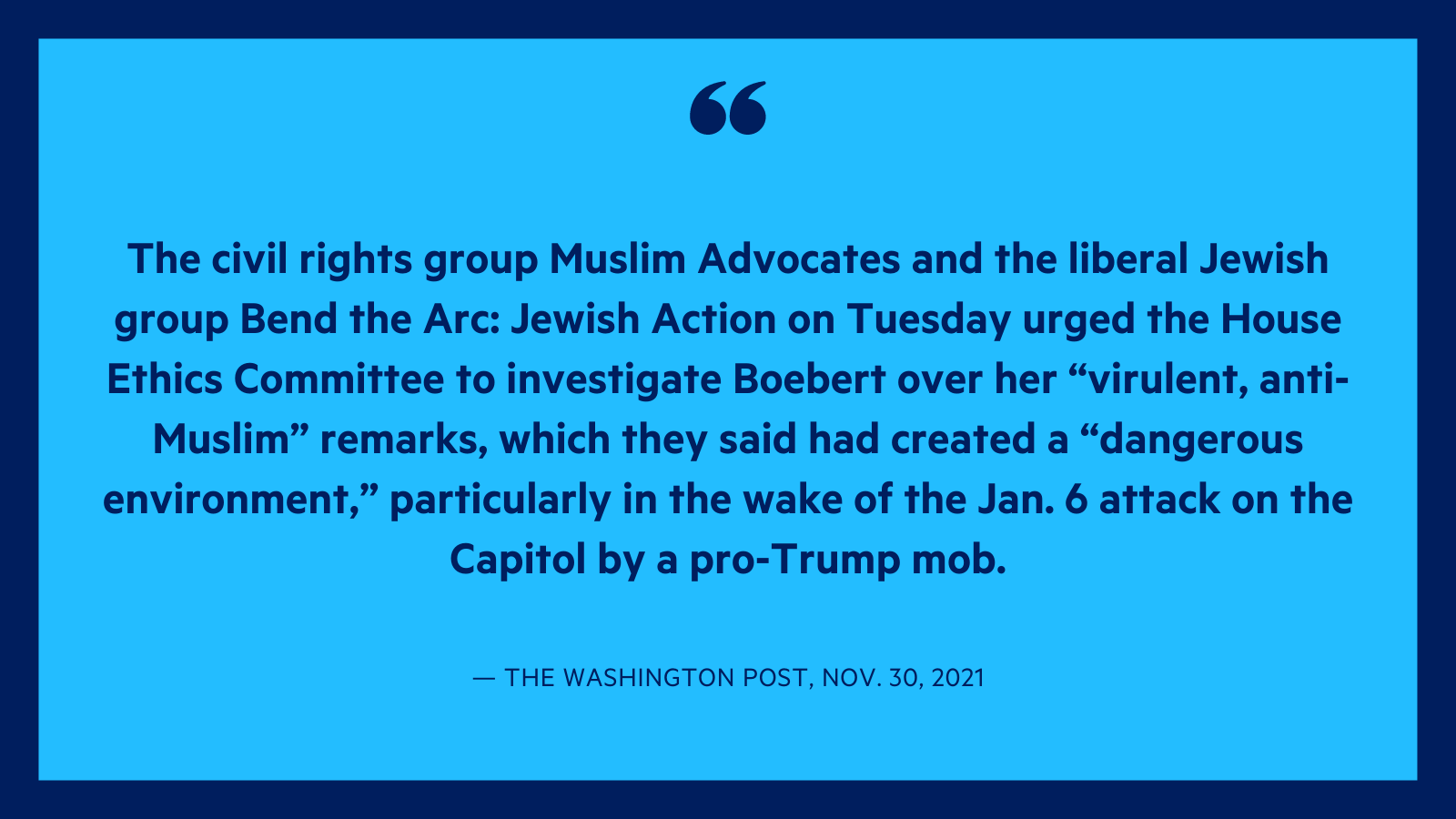 Boebert’s behavior isn’t an isolated incident. It’s part of an ongoing crisis of bigotry and division enabled and embraced by Republican leadership.

Representatives like Lauren Boebert, Paul Gosar, and Marjorie Taylor Greene all have this in common: Each of them has promoted anti-Muslim, antisemitic, and racist rhetoric. They’ve all collaborated with white nationalist and anti-government extremist groups. And all three allegedly participated in planning meetings with the organizers of the January 6 rallies at the Capitol that led to an attempt to overthrow our democracy.

This is who they are. They will continue to spread bigotry and division in an attempt to hold on to and consolidate power, no matter who gets hurt.

But we refuse to let them. We jointly filed this ethics complaint against Boebert this week, just like we previously successfully mobilized to censure Gosar and Greene. We’re committed to fighting anti-Muslim bigotry, antisemitism, and racism wherever we see it — whether it’s in our communities or in the halls of power.

You can donate to fund this work, and our organizing in 2022, to hold members of Congress like Boebert, Gosar, and Greene accountable and keep our communities safe.

As we light our Hanukkah and Shabbat candles tonight, we remain as committed as ever to building a country where all of us are truly safe and thriving. We’re so grateful you’re a part of this fight and part of this movement.