“We all have real decisions to be making right now. Which side are you on? It’s very clear right now that there is a demonstrated, sustained commitment for the discomfort so that people will say out loud, ‘I will defend black life.'” 1

—Jessica Byrd, leader of the electoral justice project at the Movement For Black Lives

What we’ve all seen since Monday shows that another America is possible:

These massive shifts in public opinion and local policy are a direct result of these protests, which are themselves possible because of decades of Black-led organizing. The promise of a liberated future — not just ending police violence and mass incarceration but investing in housing, health, education, community, and care — is being called into being by Black organizers and activists, and we are honored to follow their leadership.

As Jews and allies, especially white Jews, we must continue to show up, using all of our spiritual, political and intellectual resources, to end the war on Black lives in this country.

Here are 4 ways you can take action in solidarity with the fight for Black lives today:

Breonna Taylor should be turning 27 today. Breonna was a Louisville EMT who risked her life daily during the COVID-19 pandemic. In March, Louisville police entered her home at night without warning, without identifying themselves, and murdered her in her own home.

We cannot fight for an end to police violence without naming and remembering the Black women who are killed by police.

Across the country, people are organizing a #BirthdayForBreonna — take action by signing Color of Change’s petition demanding the police officers who killed Breonna be fired.

2. Donate to bail funds across the country

Right now, hundreds of thousands of people are hitting the streets in defense of Black lives — and being met with brutal violence and repression from police forces across the country. There’s a long-held Jewish value of freeing the captive who has been unjustly imprisoned — matir assurim. This is a moment to embrace that tradition and expand it outwards for everyone rising up in this moment.

Here is a list of Movement For Black Lives verified bail funds that we encourage you to give to generously.

We are proud to follow the leadership of the Movement for Black Lives (M4BL). On Friday, June 5, as part of their call to end the war on Black lives, M4BL held a virtual rally to celebrate this week of action and stay grounded for the fight ahead.

Watch the recording of today's rally. Then check out resources from the Movement for Black Lives to prepare for the fight ahead. 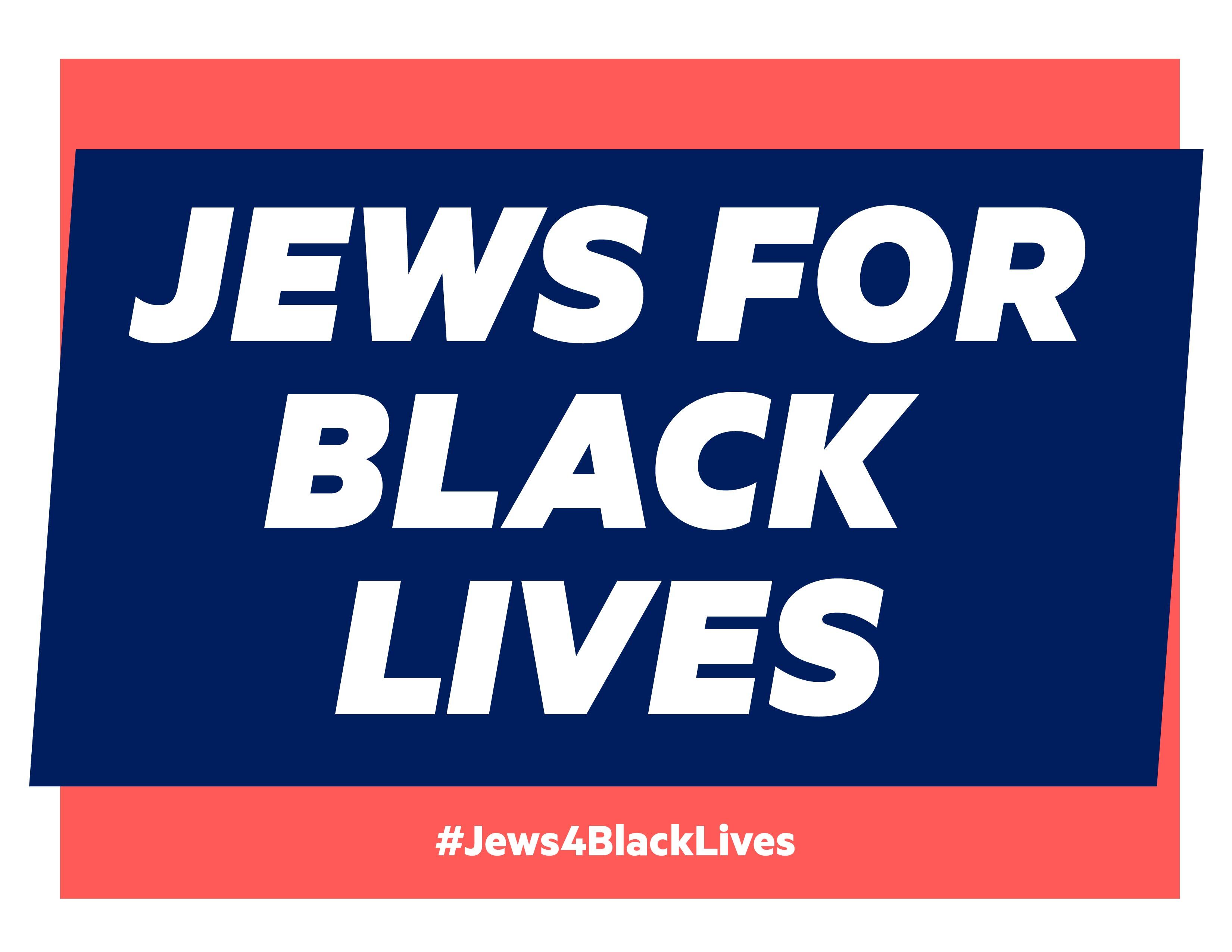 Here is a sign you can use this weekend and beyond. We know Jews, and especially Black Jews, have been at every American protest for a more just multiracial democracy. Our people have survived genocide and fascism, deportation and slavery. Our ancestors fought for liberation and democracy. We are rooted in a legacy of pursuing justice. And we are rising up as a multiracial Jewish community for Black liberation.

Thank you for taking action in defense of Black lives.

The eruption of police violence against protesters in video after video proves the point: we can’t restore an immoral order.

At Bend the Arc, we’re grateful for the leadership of Black Jews and our partners at Movement for Black Lives, Color of Change, and countless Black organizers who are creating change all across the country.

We’re also grateful for our friends at Jews for Racial and Economic Justice (JFREJ) in New York City for their long and active history in organizing for Black lives and police accountability — join their efforts here. And to our friends at Jewish Community Action, our affiliate in Minneapolis, who have long been active on issues of racial justice and policing in Minneapolis, and are reorienting their organizing to support the protests and advocate for new, just policy — join their efforts here.

Thank you for showing up to end the war on Black lives. We rise as one so we can thrive as many.

— The Bend the Arc Team