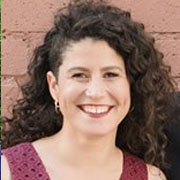 I’m in awe of the Jewish community in Seattle.

That’s why I’m so excited to be in Washington this weekend. As Bend the Arc’s Electoral Organizer, I’m supporting local Jewish communities to replace Trump’s enablers in Congress. Together, we’ll meet other progressive Jews in the area and strengthen Washington’s resistance to Trump.

Here’s what my schedule looks like this weekend. Can you join me at a community Havdallah in Seattle, a canvass in Auburn on Sunday, or both?

Havdallah with Bend the Arc Seattle
When: Saturday, October 20th, 7:30pm-9:30pm
Where: Volunteer’s house in Northgate — location provided upon RSVP
What: Join us for a Havdallah to close out Shabbat, build community together, and learn about our Interrupt Trump campaign to flip Congress in November.

RSVP here to join me for a community Havdallah on Saturday, October 20th.

Canvass to Flip WA-8 in Auburn
When: Sunday, October 21st, 11am-3pm
Where: Zola’s Cafe, 402 E Main St #120, Auburn, WA 98002
What: Get to know voters in Washington’s 8th Congressional District and talk to them about the issues they care about! We’ll give you all the training you need before you head out to canvass in pairs.

RSVP here to canvass with us in Auburn on Sunday, October 21st.

Note: If you want to carpool with other Bend the Arc volunteers to Auburn, RSVP and we'll let you know how to plug in.

In WA-8, we’re faced with a critical choice: Dino Rossi, a Trump-backed state senator and perennial candidate, or Kim Schrier, an Issaquah-based pediatrician and progressive champion. By mobilizing voters from now through November, we can help elect a Congress that truly represents all of us.

Last month, Bend the Arc: Seattle leaders hosted a Sukkot phone bank. In just a few hours, they made 2,727 calls and had conversations with 66 voters in the district. That’s amazing. Now just imagine what we can do from now until November 6.

Change begins with conversation — whether it’s singing at Havdallah or knocking doors to talk to your neighbors.

I’m excited to have that conversation with you, and looking forward to meeting next weekend! 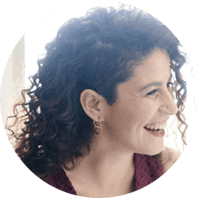