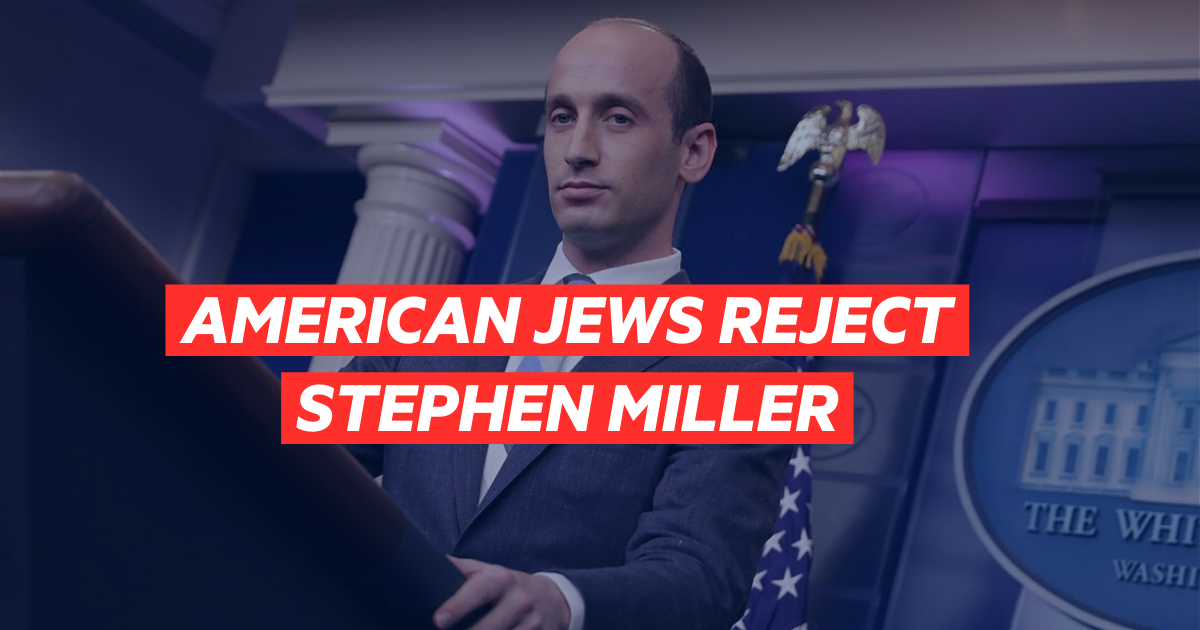 We already knew Miller was a white nationalist in the Trump Administration. These leaked emails confirm it.

It’s why Bend the Arc has worked since 2016 in coalition with other Jewish organizations and allies to say: we reject Stephen Miller.

The good news: This time, over 80 Members of Congress came out in agreement — and they're calling on Miller to resign immediately.2

Our public pressure is working. Can you invest right now in Bend the Arc's work to remove white nationalists from our government?

Donate $18 to support Bend the Arc’s work to remove bigots like Stephen Miller and expel white nationalism from the halls of power. 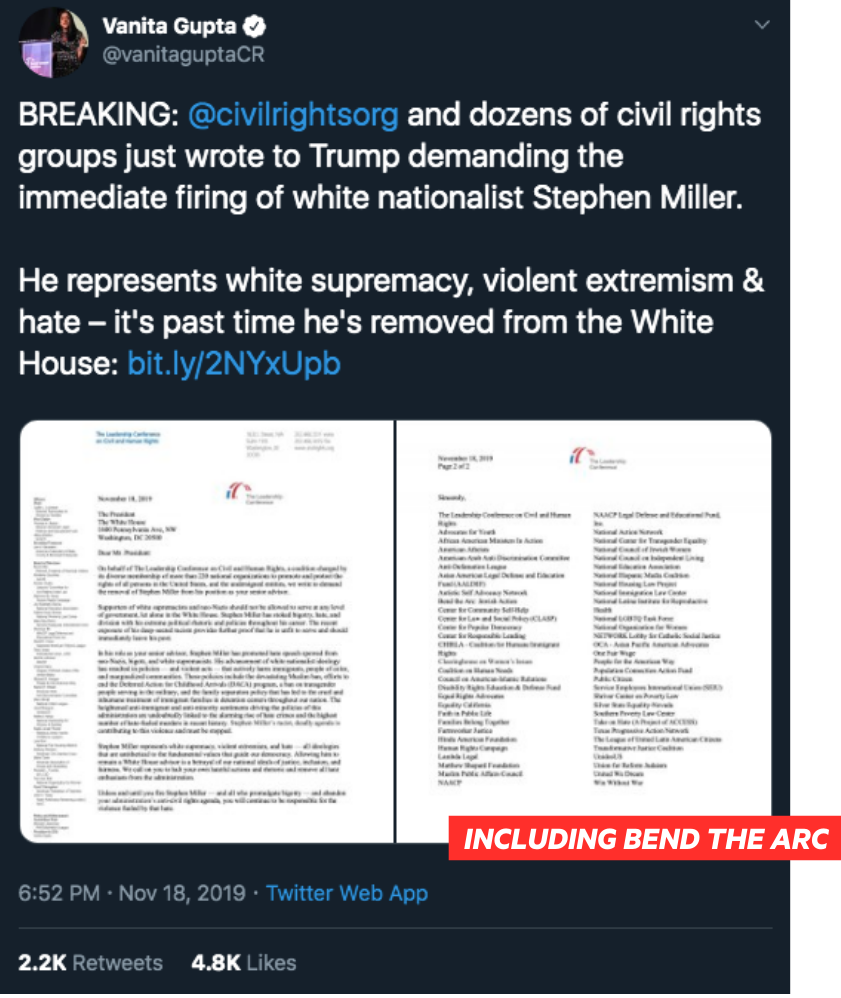 This is bigger than just Stephen Miller.

At Bend the Arc, building toward an inclusive, multiracial democracy means fighting against white nationalism in all forms.

This fall, when former Secretary of Homeland Security Kirstjen Nielsen — who was directly responsible for implementing Trump's family separation policy — attempted a comeback tour, Bend the Arc sprang into action.

Together with CREDO Action, Define American, and thousands of people across the country, we turned up the pressure, making it clear that there’s no soft landing for officials who terrorize immigrant children.

The results? Nielsen dropped out of the Atlantic Festival,3 and prominent figures like Hillary Clinton, dream hampton, and Brandi Carlile refused to share a stage with her at Fortune's Most Powerful Women Summit.4

These are the moments our staff and leaders have been training for, and we know that there will be even more of them in 2020.

Give $18 now to support this bold, rapid organizing in times of crisis.

Every day that white nationalists like Stephen Miller are in power, thousands of families are under attack — and we have to put a stop to it.

Thank you for supporting Jewish organizing for an American future where all who are seeking safety can find it.

2. HuffPost, “Over 80 Members of Congress to Miller: Resign From White House Now”