President Biden just released his budget. We’ll be honest: it falls short of the meaningful changes our movement is fighting for.

But this is just the beginning. We’re taking the fight to Congress next and we need your help. Donate $18 to power our campaign to cut funding to inhumane policies & invest in our communities.

Some good news first: Biden’s budget would decrease the number of beds that ICE can use to detain immigrants in abusive facilities by 26%.1

It’s a significant victory made possible by decades of immigrant-led organizing. As part of the Defund Hate coalition, we’re making the case that our inhumane system of detention should be defunded — and we’re winning.

The shifts in President Biden’s budget are proof that our organizing works — but they’re also evidence that we have lots more work to do. Donate $18 today to fund our critical budget campaign to treat every immigrant with dignity. 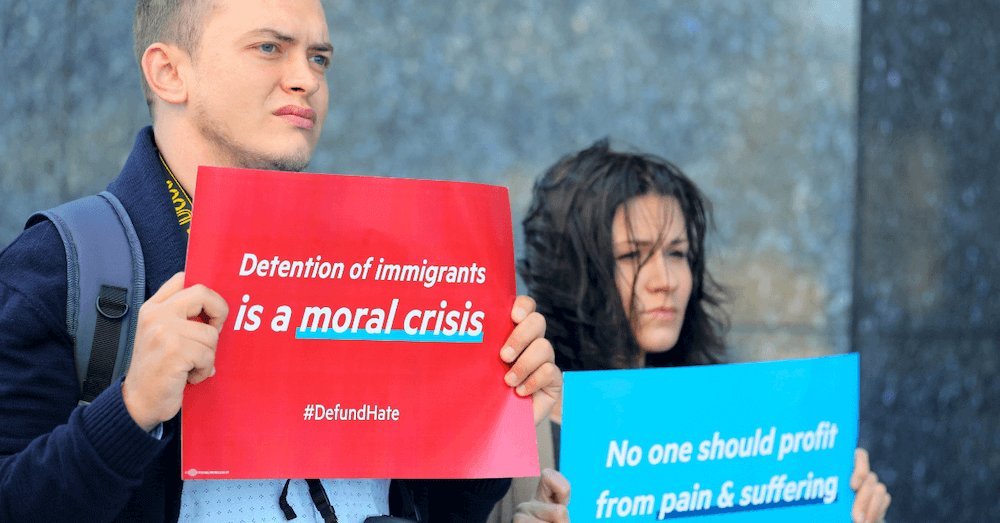 Here’s how the budget process works: Now that Biden has released his budget request, the action moves to Congress. In April, every member of Congress submits their budget requests as negotiations begin. Then, committees draft the language of next year's budget over the summer.

During this period, it’s crucial that our representatives hear from us — and we have a plan to make them listen.

In time for Passover, we’re organizing a national Interfaith Day of Action with our partners in the Defund Hate coalition. (Keep an eye out for details in April!)

Between now and then, our staff and leaders will be lobbying members of Congress, driving calls to Congressional leadership, and working and learning alongside our movement partners. We need a groundswell of support from people like you to power these crucial efforts.

Give $18 right now to help Bend the Arc hold President Biden and Congress accountable with Passover actions and more.

President Biden campaigned on a promise to undo inhumane immigration policies and take bold action on racial justice. Thank you for investing in our organizing to hold him to that promise.

Here’s the promise we’re making with you: we’re going to mobilize this spring for our vision of a country where all of us are free and thriving, no matter who we are, what we look like, or where we come from. Let’s get to work.