Last Wednesday, the grand jury in Louisville charged one officer with wanton endangerment in Breonna Taylor’s murder – and that was for firing into other apartment buildings. The other two officers? Zero charges.

And just yesterday, the news broke that Kentucky Attorney General Cameron didn’t even give the grand jury the option of indicting them. This isn’t justice. Breonna Taylor should be alive. 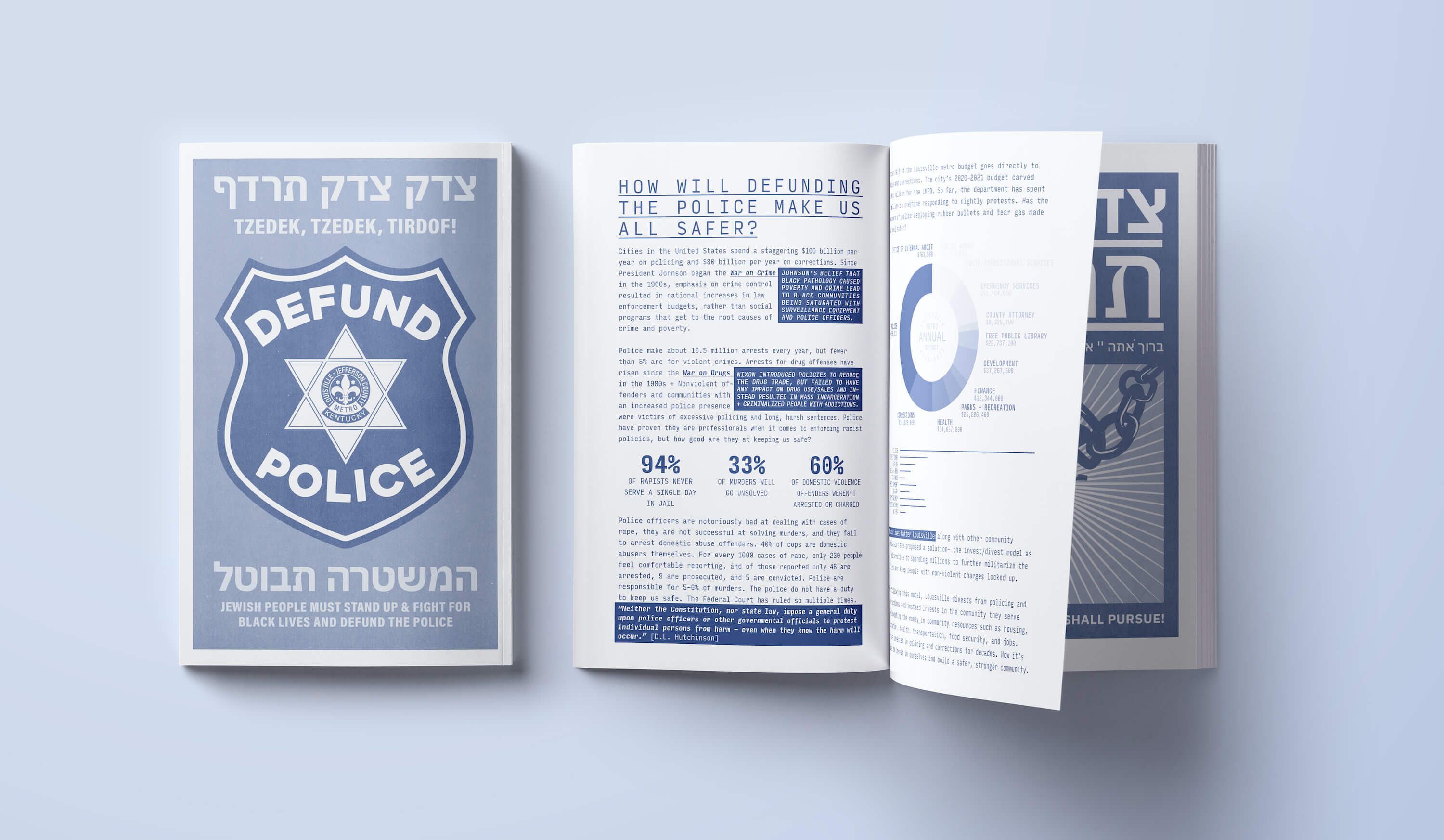 Defunding the police and protecting Black lives, including Black Jews, are Jewish values.

Bend the Arc: Jewish Action Louisville stands in solidarity with the uprisings for Black lives and to fight for justice for Breonna Taylor. As Louisville police mobilize to crack down on protesters and institute a curfew, we will continue to fight to defund the police.

After last week's decision, from the same racist, unjust system that killed Breonna Taylor, we must reemphasize the urgency of defunding the police and why we, as Jews, must rise up and fight.

We encourage you to read and download our Jewish zine about Breonna Taylor and defunding the police. And then, take action with us.