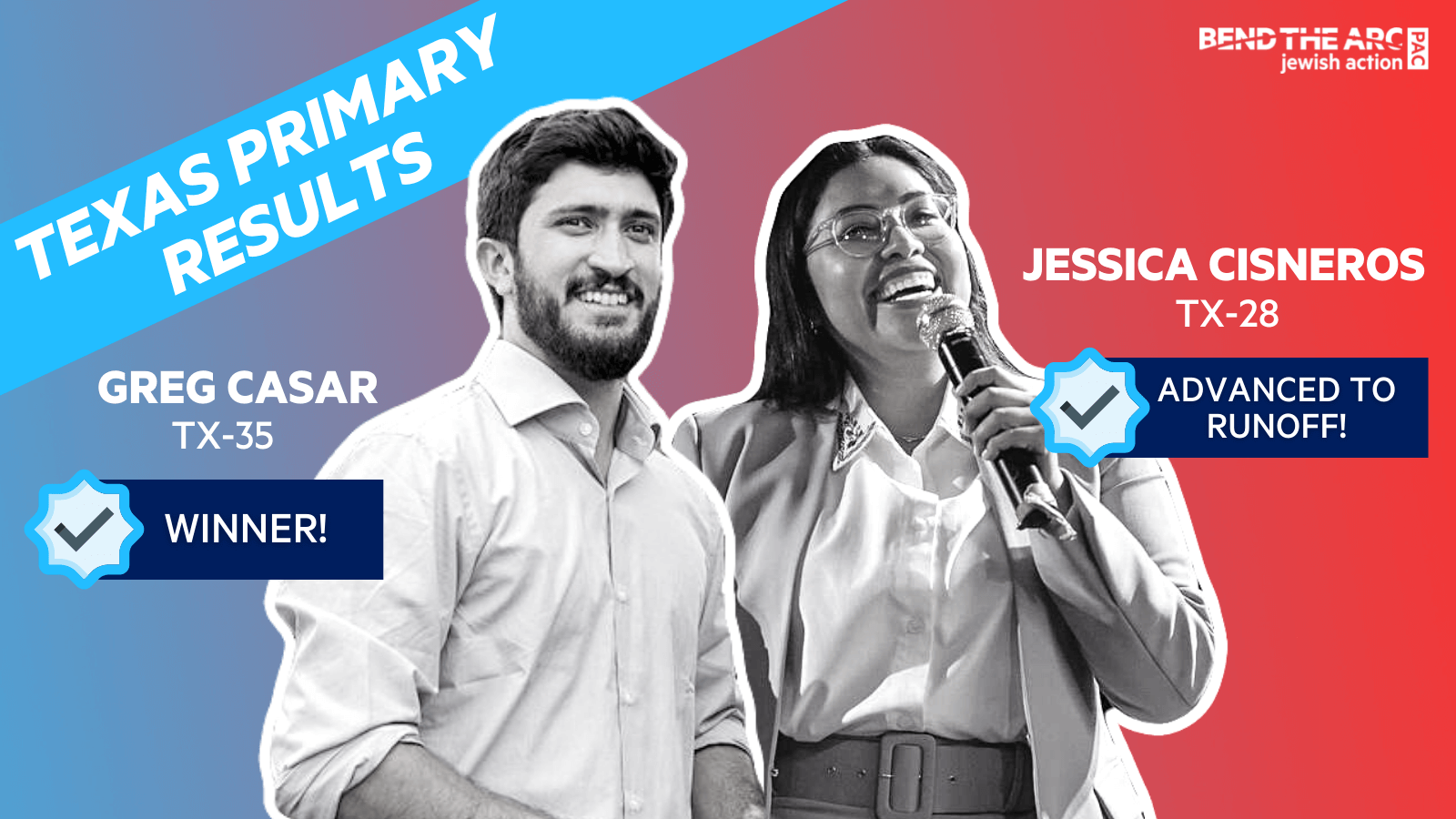 Celebrate with us!!! Tuesday’s primary elections in Texas show that strong progressive candidates can win everywhere. Donate today to power Bend the Arc’s work to protect Democratic majorities in the House and Senate by helping elect visionary leaders to office.

The outcomes of the Texas primaries leave no doubt: having strong progressive candidates on the ballot changes what’s possible in communities and elections around the country.

In addition to endorsing Jessica and Greg with our PAC, we’re organizing Jews and allies to build a deeper bench of progressive champions who share our moral imperative to fight for a country free from white supremacy, antisemitism, and all forms of oppression. Donate today to help us elect the champions we need in Congress this November.

We're so energized by this momentum, and we hope you are too. Here’s what comes next for Jessica, Greg, and our PAC:

🗳️ Jessica is now in a runoff against Rep. Henry Cuellar — one of the most conservative Democrats in Congress and the only Democrat to vote against workers’ rights and abortion access.

🌟 Greg won an open seat in a solidly Democratic district. Having progressive champions in consistently blue districts is a key strategy for our movements to win the policies we fight for!

💪 Across the country, other visionary candidates are ramping up their campaigns for the big fights they’ll face in November — and Bend the Arc will be there to help them get elected.

Celebrate Tuesday’s results with us — donate to Bend the Arc today.