On Wednesday, 100 Jewish, Muslim, Christian, Sikh, and Buddhist faith leaders came together in the aftermath of the Poway synagogue shooting to share a prayer with America.

We rise as one.
We mourn with one voice those lost.
We grieve the white nationalism that threatens us all. 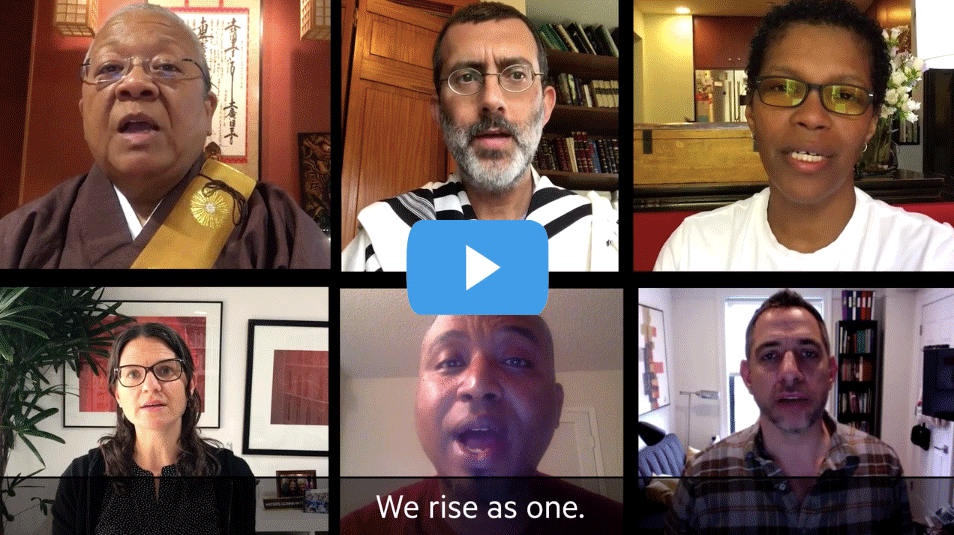 The #ManyVoicesOnePrayer action was made possible by a wide coalition
of groups and leaders of all faiths, supported by Bend the Arc: Jewish Action

The prayer is a demonstration of solidarity in the face of shootings and attacks on targeted communities — at synagogues and mosques, temples and Black churches, schools and sacred sites. We will not be divided as we fight the white nationalists who seek to erase us all.

And while the prayer was flooding social media, Bend the Arc’s Rabbi Jason Kimelman-Block penned a forceful op-ed in the Capital Hill’s newspaper, sharing why and how we must stop the deadly spread of white nationalism.

Read the article in The Hill here — “White Nationalism can’t be ‘normalized’ if we want to stop massacres.’ 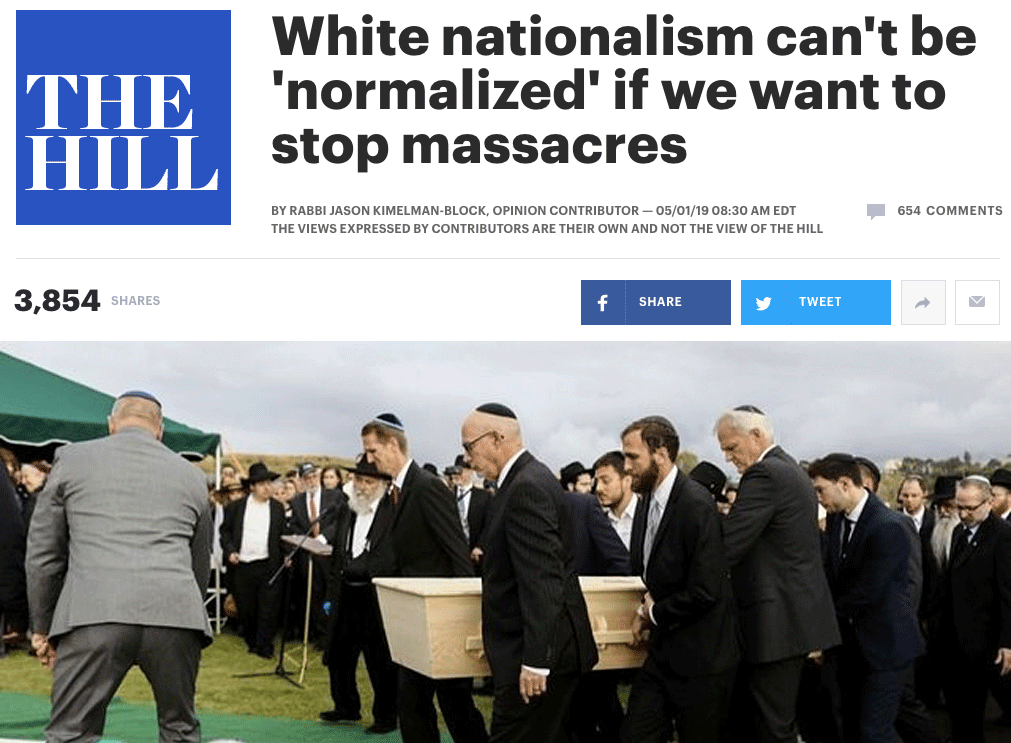 Addressed directly to lawmakers, the op-ed asks, “How many more people must die at the hands of followers of this toxic ideology before we as a society resolve to take concrete action?”

Some members of Congress shared the message that the threat must be taken seriously:

The antisemitic shooting in Poway is part of a rise in white nationalist attacks on communities and places of worship across the country. Our struggles for liberation are connected — the shooter who took the life of Lori Gilbert-Kaye (z”l) also claimed responsibility for arson at a nearby mosque.

We are responding this week in solidarity, in prayer, and in calls to action. It’s not too late to get involved. We’re asking our community to carry forward the #ManyVoicesOnePrayer action by bringing our collective prayer to your community or house of worship this weekend. You can find the prayer and more instructions here.

Use the hashtag #ManyVoicesOnePrayer when you upload your video to social media so we can share it far and wide.

We are honored for any action you take with us, and we will watch every video.

Our prayer for America: