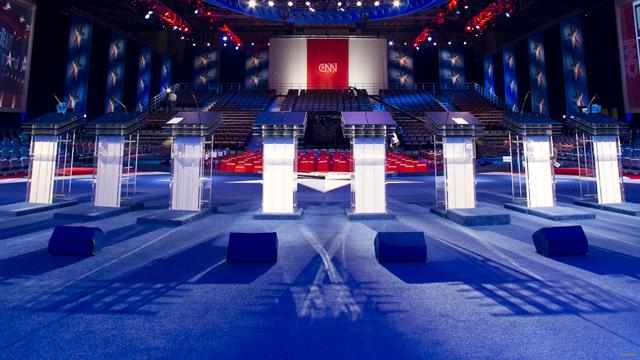 We’re just hours away from the next Democratic presidential debate — and we’ve been working to pressure the moderators and candidates to address one of the greatest threats facing our country and our communities: white nationalism.

Last week, we launched a petition demanding the debate confront the growing threat of white nationalism, joined by a wide array of partners including United We Dream, DailyKos, UltraViolet, Greenpeace USA, and the Alliance for Quality Education.

Yesterday, we delivered over 32,000 signatures to ABC, Univision, and tonight’s moderators — signatures from people like you who want the next president to take the crisis of white nationalism seriously.

And today, Newsweek just published my op-ed calling on every 2020 Democrat to share their vision and comprehensive plans for defeating white nationalism.

Our message is gaining national attention — but we need to keep up the momentum. Donate $36 to make sure defeating white nationalism is on the 2020 agenda.

White nationalism is killing our communities, from mass shootings to anti-immigrant policies. The Trump administration is mainstreaming this dangerous ideology — and it’s putting our immigrant, Muslim, Jewish, Black, Latinx, Sikh, indigenous and LGBTQ family in danger.

At Bend the Arc we’re growing a Jewish movement that fights white nationalism AND makes sure our elected leaders do too.

That means training and mobilizing Jews across the country to resist ICE and CBP’s human rights abuses.

It means calling out President Trump’s antisemitism and demanding members of Congress take action against his bigoted rhetoric and policies.

And it means working in solidarity with other impacted communities for our collective liberation — because the best way to defeat white nationalism is to build a shared future in which all of us can thrive.

Donate $36 to directly support Jewish leaders on the front lines of fighting white nationalism and bigotry across the country.

At tonight’s debate, we need to hear what every presidential candidate is going to do to build a vibrant, multiracial democracy where all of us are safe and free.

As I wrote in my op-ed today:

As a Jewish woman of color, I feel the threat of white nationalism personally and profoundly. That's why, with violence mounting against our communities from Pittsburgh to Gilroy, I am desperately hopeful that the moderators of tonight's debates will push the candidates toward a thoughtful discussion of their plans to address, mitigate, and defeat white nationalism.

We will never stop fighting for a country where all of our communities are safe — but this work takes every single one of us.

Give $36 now to build the Jewish movement fighting for our safety and our democracy.

PS: After you donate, check your email for a link to my Newsweek piece.