When a group of us interrupted President Trump’s speech in Pittsburgh chanting “Trump Endangers Jews” on Wednesday, he responded:

Don't hurt them... They don't know they're dealing with very tough people in this room. Go home to mom. Explain to mom that you tried to take on very powerful people.

One year after he incited the deadliest antisemitic attack in our country's history, Trump threatened the safety of Jewish protestors. Trump’s rallies are known for their violence and aggressive white supremacy, but an intergenerational group of eight of us, organized by Bend the Arc and other Jewish partners, took this risk. He proved our point: Trump endangers Jews.

All this was just hours after 13 Jews, including leaders of Bend the Arc: Pittsburgh and our CEO Stosh Cotler, were arrested while blocking a bridge to where Trump was speaking.

Organizing like this is why Bend the Arc exists: to train and mobilize Jewish communities to rise up in solidarity, fight for justice for all, and respond with urgency when the moment demands it.

This work is hard, but we do it every day alongside our partners. Donate $36 to help Bend the Arc continue to grow a national movement of Jews organizing to defeat white nationalism. 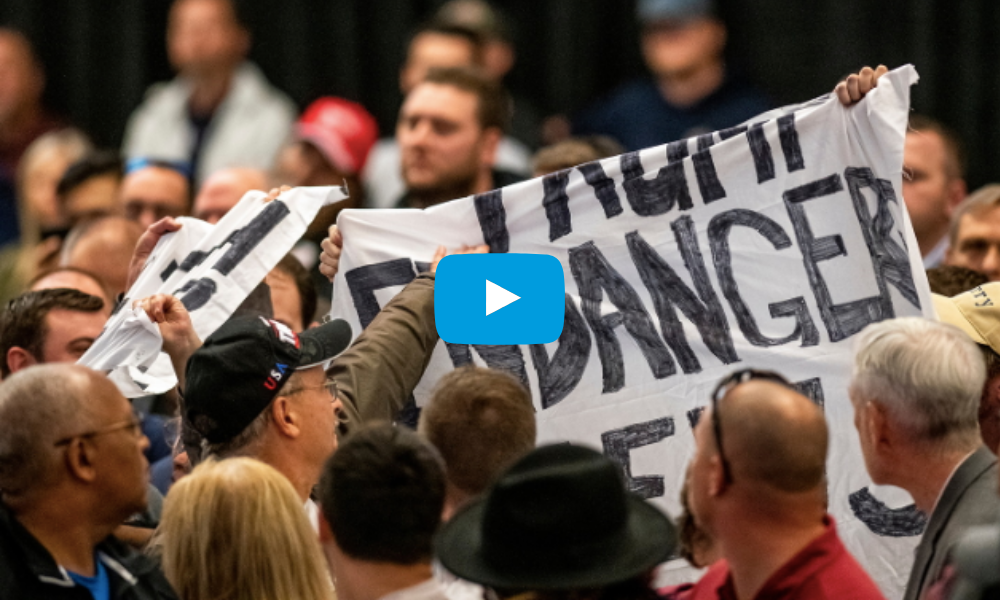 A week ago we found out that Trump was going to Pittsburgh, not to commemorate the attack at the Tree of Life Synagogue, but to speak at an oil and gas conference.

Our staff and leaders worked together tirelessly to confront Trump. A year after the shooting, he’s only doubled down on the ugly rhetoric and violent policies that embolden white nationalists to wreak violence. We’ve seen it from Pittsburgh to Poway to El Paso, and in immigrant detention centers all over the country.

This week we spoke truth to power and spread our message far and wide: Trump’s continued embrace of white nationalism puts Jews and all targeted communities in danger. Only #OurSolidarityWill build a country where we all belong.

Because of the courage and conviction of Bend the Arc leaders, and our incredible partners, we’re breaking through: 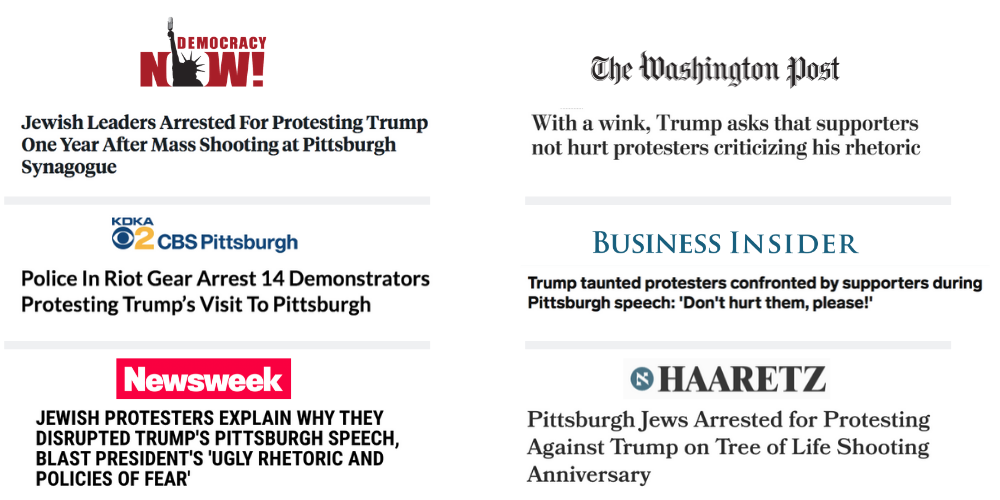 For many of us, these are frightening times to be a Jew in this country. But I am reminded this week that when we act boldly together, we can create change. We have a vision of building this country to be one where all of us belong. And we won’t stop until we get there.

Donate $36 or whatever you can to help us continue organizing Jewish communities to defeat white nationalism through 2020.

The eight of us who disrupted Trump on Wednesday wrote a statement to explain why we took action. Here’s my favorite part:

In Jewish tradition there’s a story from when the Jews were fleeing slavery in Egypt. They got to the Red Sea and were stuck — the sea wouldn’t part — until one young person walked into the water and kept walking, all the way in until he couldn’t breathe. And only then did the sea split.

We have come here today to walk into this red sea because all of us are at risk of drowning amidst the fear and lies of this President. And it’s going to be up to us to split the sea and march toward freedom and safety.

It’s an honor to march with you toward freedom and safety for all. 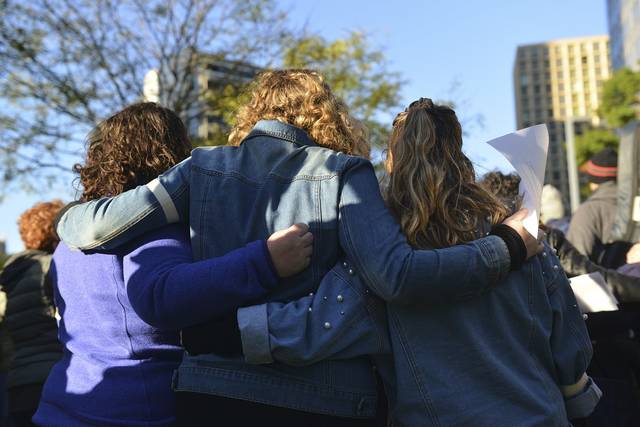