Why we're heading to Congress 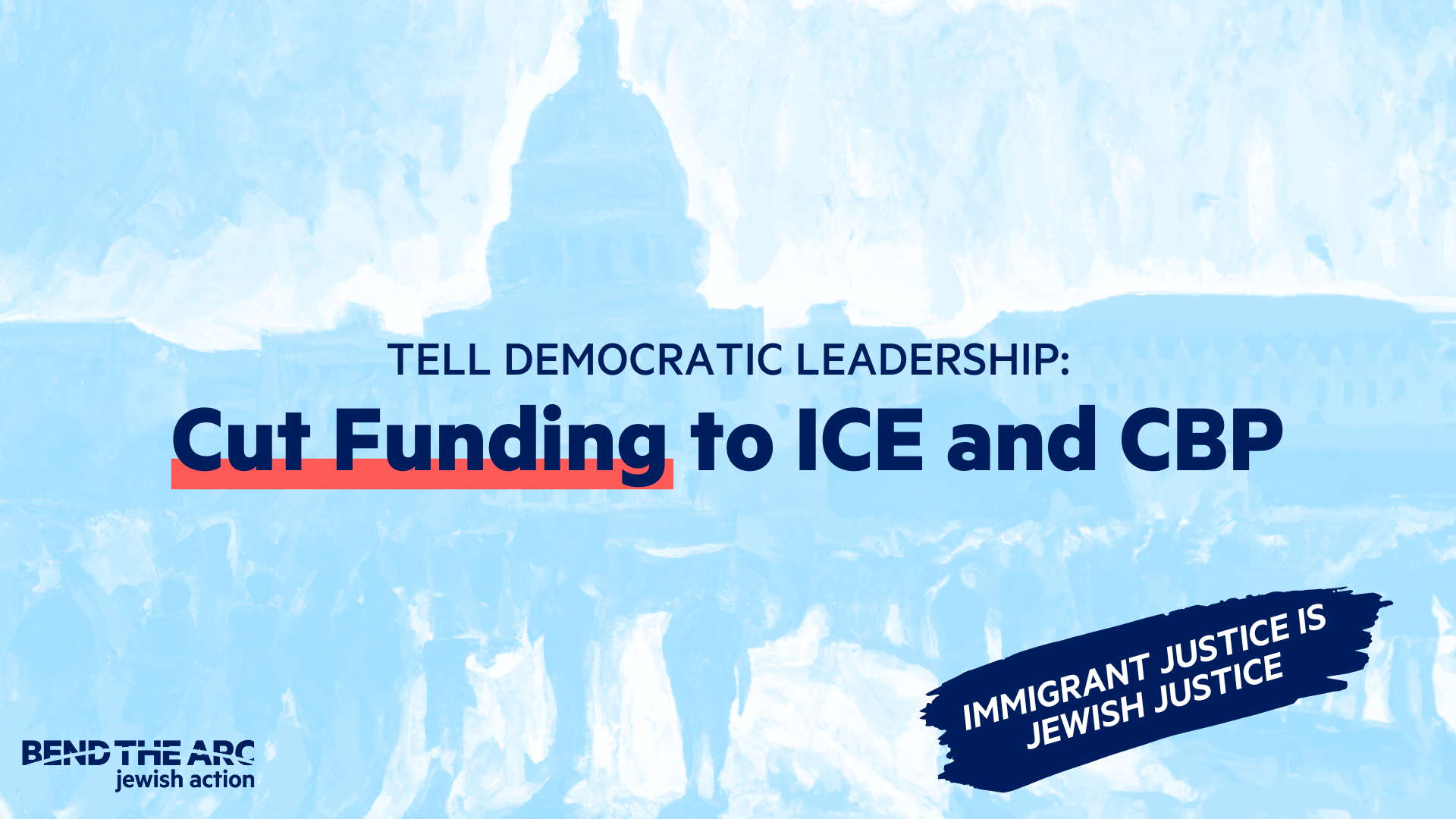 This coming Monday, just as Congress gets back from August recess, immigration activists from across the country are traveling to the Capitol to demand budget cuts to abusive and deadly immigration enforcement.

Bend the Arc will be there to organize, lobby, and rally to say “Immigrant justice is Jewish justice.”

This year, the six decision makers who have the power to stop funneling tax dollars to ICE and CBP, agencies that tear apart families, are Senators Schumer, Leahy and Murphy, and Reps. Pelosi, DeLauro and Roybal-Allard, because of the leadership positions they hold in Congress and the relevant committees that make government funding decisions.

Sign the petition to be part of the immigration day of action — join Jews and allies demanding cuts to ICE and CBP.

As Jews, our collective story and history tell us that migration is a human right.

That’s why Bend the Arc is part of the Defund Hate coalition — alongside Detention Watch Network, United We Dream, the National Immigrant Justice Center, and others — to hold Congress accountable to these demands:

Just because Trump is no longer in the White House doesn’t mean his harmful policies have stopped and gone away. We helped elect Congress to pass a budget that reflects our vision of a country where everyone can live and thrive. Now we’re holding them accountable. When we divest from ICE and CBP, we can invest in education, housing, green infrastructure and health care programs that create equitable, thriving communities.