In the morning, 14 Jewish activists were arrested in Pittsburgh for blocking the path to the conference center where Trump was going to speak. In the afternoon, another group of us interrupted Trump during his speech to say: Trump Endangers Jews. His reply? To threaten our safety.

This is the beginning of a week of action to commemorate the one year anniversary of the Tree of Life synagogue shooting (Sunday, October 27th).

You’ll find instructions for commemorating Pittsburgh during this week of action at the toolkit here.

Week of action organized in partnership with:
Jews Against White Nationalism, IfNotNow,
Jews For Racial and Economic Justice (JFREJ), and allies

The video of our interruption of Trump’s speech is harrowing.1

Trump invited Pittsburgh Jews to his speech in an attempt to tokenize us, just days before the Tree of Life shooting anniversary.

When we spoke out as Jews, his supporters attacked us, and his response was a threat: “They don’t know they’re dealing with very tough people in this room.”

This is white nationalism, and the only way to defeat it is through our solidarity.

The easiest way to participate in the Pittsburgh week of action is to share this message: print, place, and post the solidarity letter from Jews and allies in your community. 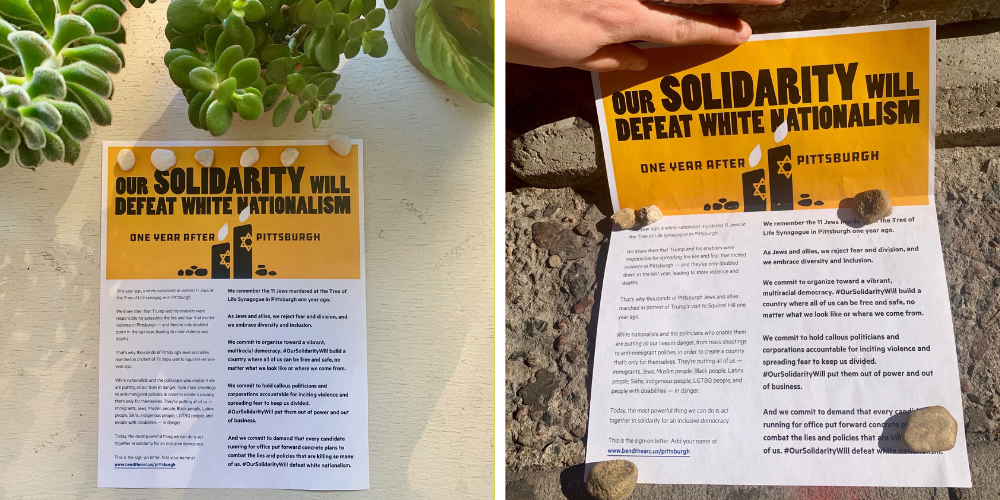 We encourage you to place stones in commemoration of the one year Tree of Life synagogue anniversary. Take a photo and post it to social media with #OurSolidarityWill.

The solidarity letter is a powerful physical and online action to commemorate the anniversary, and a clear statement that we go forward together in solidarity.

You can also plan a vigil or a visit to a Republican congressional office to share our message.

Download the Pittsburgh commemoration toolkit for Jews and allies here.

As we remember our beloved community members, we look with clear eyes at what made this horrific attack possible.

Trump-allied politicians and corporate interests have been using fear to divide us against each other for their own gain, and to create a country that's only for themselves.

The most powerful thing we can do in response is organize our communities to act together for our shared future.

As the letter says: We commit to organize toward a vibrant, multiracial democracy. #OurSolidarityWill build a country where all of us can be free and safe.

In solidarity today and every day, 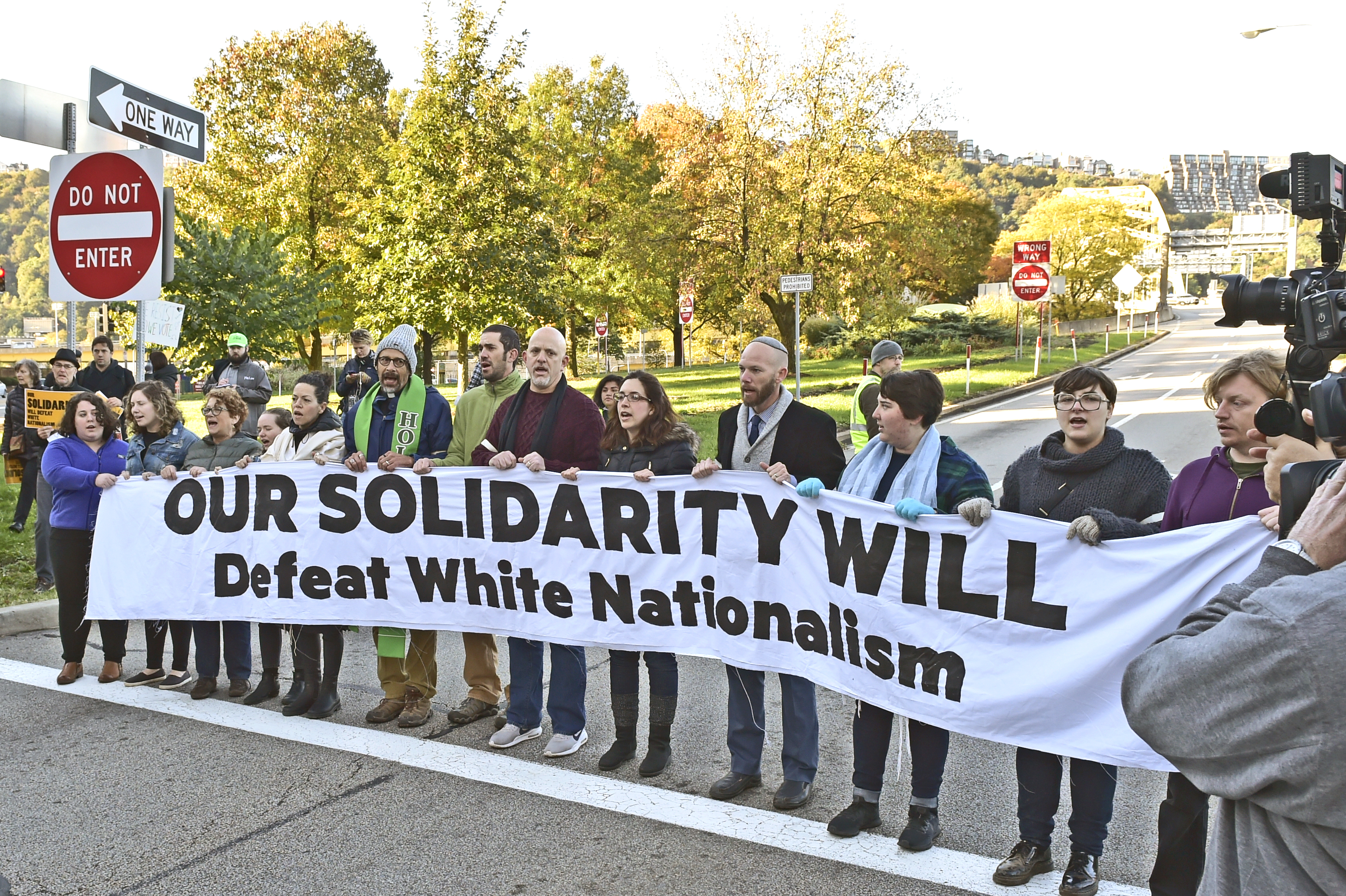