We're taking on the most conservative Democrat in the House 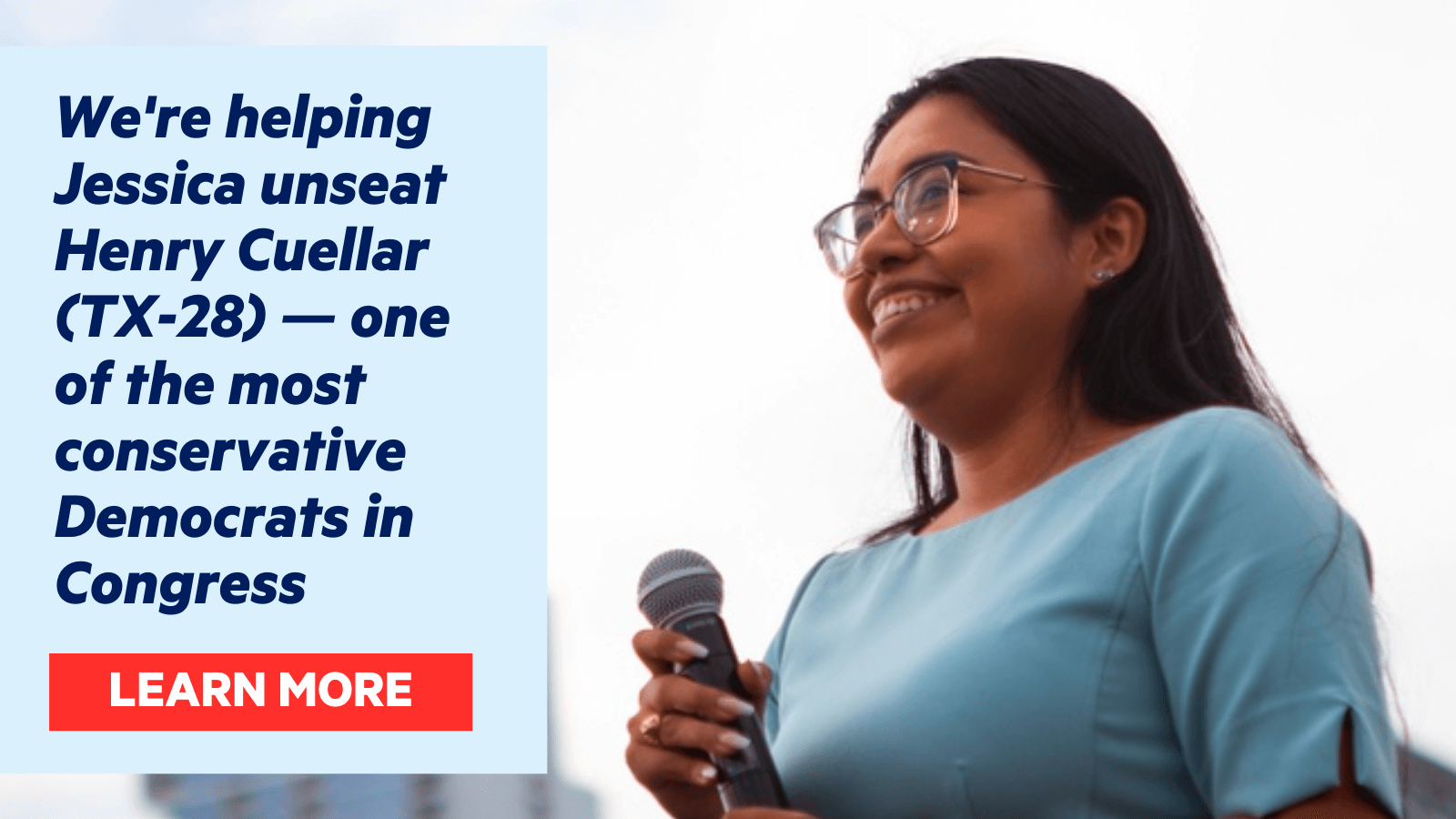 You’ve met Jessica Cisneros, immigration lawyer, champion for workers, and one of our PAC’s first endorsees in the primaries.

Now meet her opponent, Rep. Henry Cuellar (TX-28) — a “pro-gun, anti-abortion, anti-union deficit hawk who has rarely met a regulation he wouldn’t gut or a Republican he wouldn’t work with.”1

Get inspired by Jessica's moving campaign video and learn more about Bend the Arc's PAC:


Jessica Cisneros (TX-28) is the kind of leader we need in Congress.

But there’s something else you should know about her race:

If Jessica doesn't unseat Rep. Henry Cuellar, he will likely be the senior Democrat in charge of the House appropriations subcommittee that sets funding levels for our country’s inhumane system of immigrant detention and deportation.

These are life-or-death decisions for Black and Brown immigrants and border communities, but Cuellar has so far used his position on the committee to continue to expand the cruel machinery that separates, detains, and deports immigrant families.

As Jews and allies, we have a moral imperative to fight for immigrant justice. That’s why we just delivered a petition urging President Biden to stop funding cruel immigration enforcement.2 And it’s why we’re fighting to get Jessica to Congress.

This race is going to be close. Jessica and Rep. Cuellar are in a run-off after their neck-and-neck results in the March primary.

Congress will be better without Henry Cuellar, who helped water down the Build Back Better Act and is the only House Democrat to vote against the Women's Health Protection Act and the Protecting the Right to Organize Act.

That’s why Bend the Arc’s PAC supports progressive champions like Jessica Cisneros, who is running a grassroots, people-powered campaign and is not accepting any corporate PAC money or contributions from lobbyists.

1. The Texas Observer, The Party Pariah: How Henry Cuellar rose to power—and how he intends to stay there.