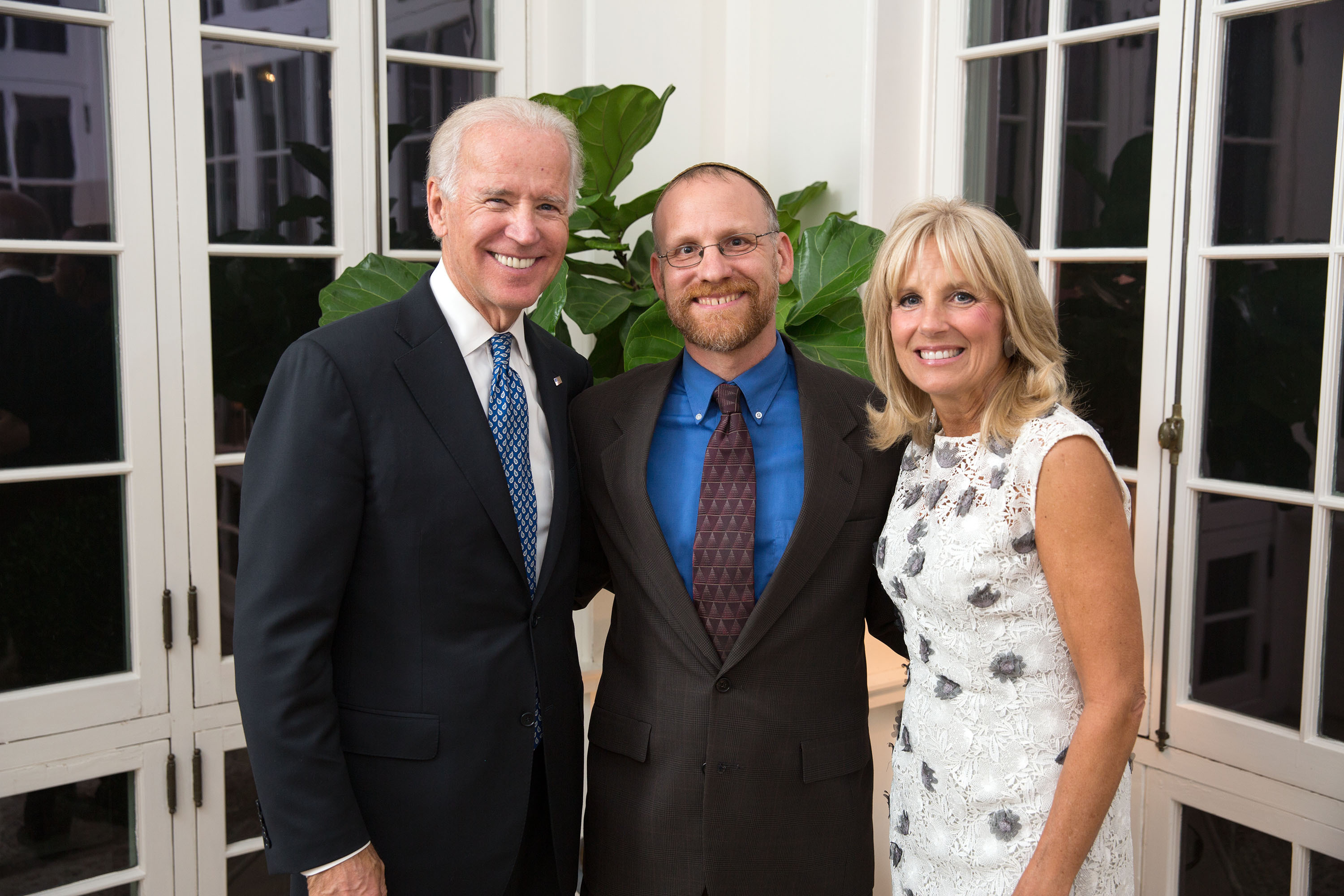 On the anniversary of Heather Heyer’s murder in Charlottesville, Bend the Arc Jewish Action endorses Joe Biden, because a president who believes there are "very fine" white nationalists deserves to be fired. And we know Joe Biden will make the fight against this dangerous movement a top priority.

“White supremacists in the White House have emboldened the white nationalist movement to organize, propagandize, and violently endanger Jewish, Muslim, Black, Brown, LGBTQ and so many other communities, said Rabbi Jason Kimelman-Block, Washington Director, Bend the Arc Jewish Action. “Bend the Arc Jewish Action PAC is endorsing Joe Biden for President in the same week we remember Heather Heyer, who was murdered by white nationalists three years ago, because we know Biden will make the fight against this dangerous movement a top priority.

“From the very first day of his campaign, Joe Biden made clear that he understands the danger of the white nationalist movement, and that having a racist, white supremacist President in the White House fuels that movement. Even before Donald Trump took office, we knew that this nation, built on the backs of Black and Indigenous people, had a long way to go toward dismantling the structural inequalities and oppressions of our system. But with white nationalists back out in the open, as they are under this president, Black, Brown, Indigenous, Jewish, Muslim, LGBTQ, immigrant, and so many other people can never feel safe.

For nearly four years, Trump and his enablers have implemented the racist policies of white supremacists’ dreams. Electing Joe Biden is one of the most important things we can do to fight white nationalism this year, and begin the years of hard work to undo the harm this administration has caused.  Joe Biden knows that the fight against white supremacy is also a fight for the vision of an America where all are equal and free.

“Jewish Americans must work to elect Joe Biden not only because our safety is compromised by this President, but because of the values that we learn from our history and our tradition. We must elect leaders who value the principles that every human being is created in the divine image and, in the words of the Mishna, that no one may say ‘my ancestor was greater than your ancestor.’”

In addition to today’s endorsement of Joe Biden for President of the United States, Bend the Arc Jewish Action PAC has endorsed a total of five Senate candidates and 46 House candidates in strategically important races for the 2020 election cycle, with more endorsements to come. The organization aims to build a solid majority in both chambers in favor of progressive change, consistent with the domestic policy views of the majority of American Jewish voters. The full slate of candidates is available at pac.bendthearc.us.

Bend the Arc Jewish Action PAC is the first and only Jewish PAC to exclusively advocate for the progressive domestic principles our community has cared deeply about for generations. It serves as the progressive voice for American Jews in the political arena and supports candidates who live up to our community’s legacy of social activism.