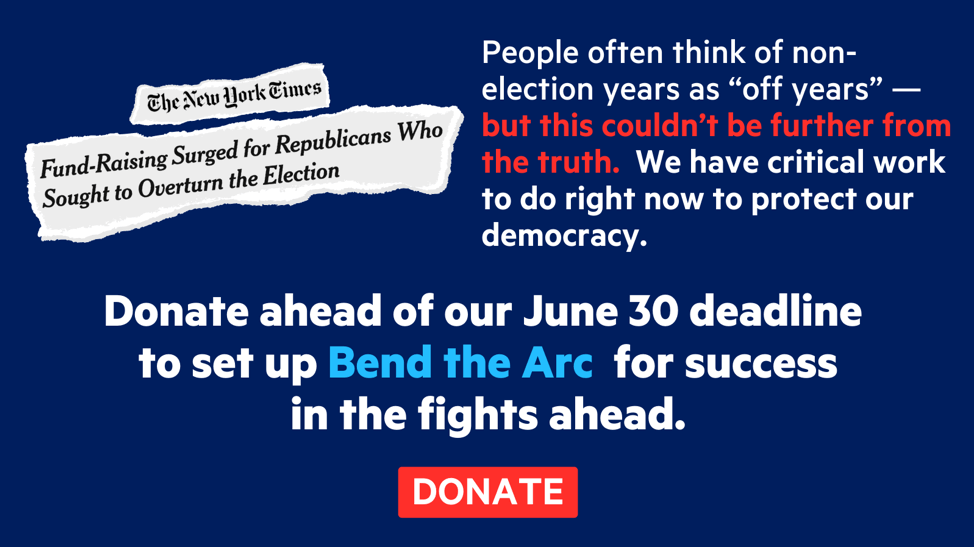 Our fiscal year ends on June 30 — just 6 days from today — and we’re currently building out our budget for the next year.

Pitch in with a $18 gift today, so that Bend the Arc can organize now for the critical mobilizing we’ll be doing in 2022.

People often think of non-election years as “off-years.” This couldn’t be further from the truth. In many ways, non-election years are actually more important for resource and movement building. The resources we raise now impact our ability to organize our people now and mobilize quickly in the next election cycle.

Here’s what we’re up against:

❌ Voting rights are under attack in GOP-led states, including Georgia, Texas, and Arizona, posing further challenges to electing Democratic candidates, who currently hold a narrow margin in the House and Senate

❌ The GOP continues to be a safe haven for dangerous QAnon supporters like Marjorie Taylor Greene, threatening our Jewish communities and our allies with dangerous rhetoric and conspiracy theories 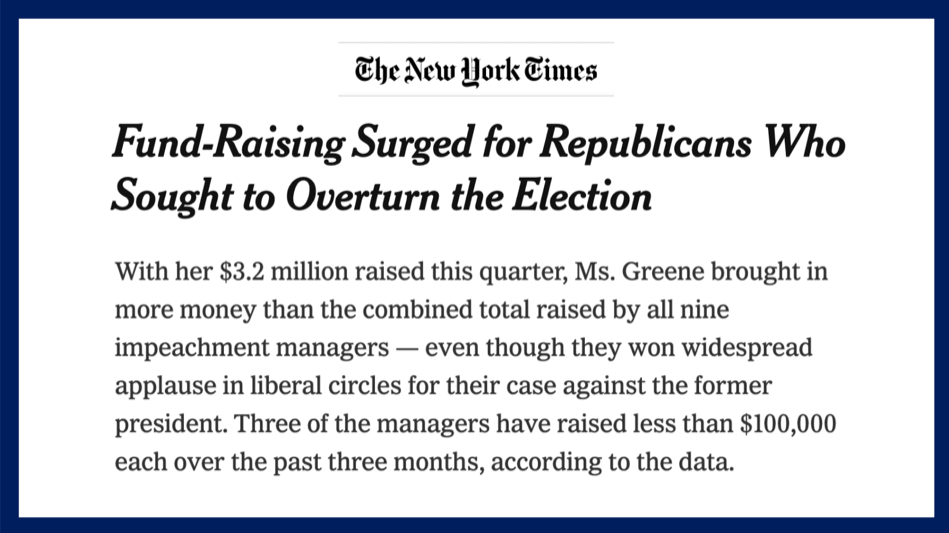 Our opponents aren’t taking the year off, and neither are we. Donate $18 today so that our movement can stay competitive in the coming year and beyond.

We must organize now so we can mobilize later. This work takes resources to grow. When you donate to Bend the Arc today, you’ll be powering the Jewish movement for justice as we:

💪 Recruit new members in local units all around the country so that we can build power at the local, state, and national level

🌱 Train the next generation of Jewish leaders, with dozens of current participants and hundreds of alumni from our three leadership development programs: the Jeremiah Fellowship, the Selah Leadership Program, and Project Shamash

🏛️ Build relationships with the Biden administration and members of Congress, urging them to fight antisemitism and combat the white nationalist movement that threatens our communities and allies

Your generous gift of $18 will sustain our work now, next year and into the future. We truly cannot do it without you.

Thank you for being with us in this moment.