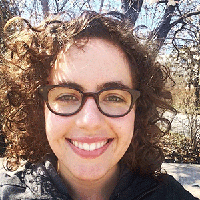 The daily reports about white nationalist violence have been heartbreaking and terrifying. As Jews, we know that our safety lies in solidarity with other communities under attack.

This is a special email that shines a light on three ways Jewish communities have been in solidarity this week with our Muslim neighbors, Black victims of police violence, and immigrants facing detention and deportation.

It’s been one week since the horrific shootings in New Zealand.

When our loved ones were killed in Pittsburgh, Muslim communities showed up for us, protecting us at vigils, actions, and Shabbat prayers and raising money for victims’ families.

We are so proud to see Bend the Arc members and fellow Jewish allies on the frontlines of solidarity events to love and protect our Muslim neighbors, as reported in NPR, the Jewish Telegraphic Agency and Huffington Post.1,2,3 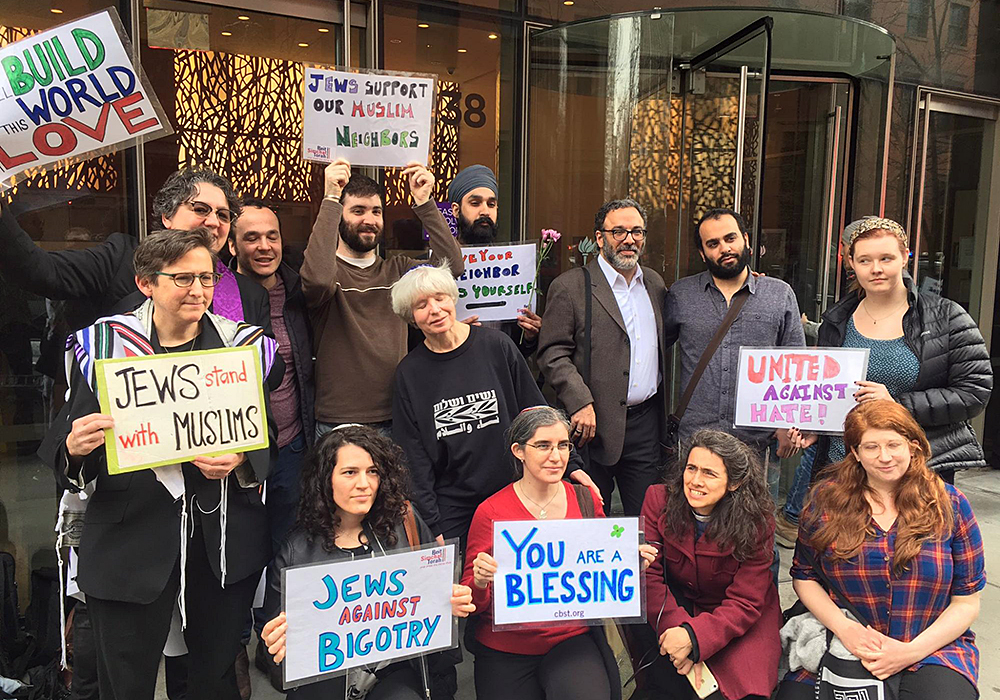 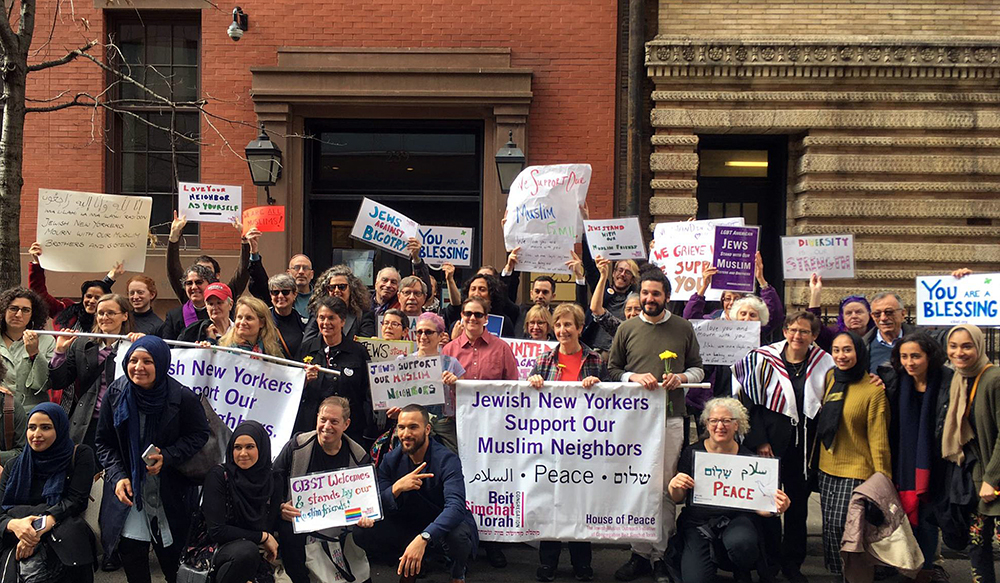 In New York, dozens of Jews led by Congregation Beit Simchat Torah (CBST) and Jews for Racial and Economic Justice (JFREJ) lined the street outside of the Islamic Center at NYU, offering kind words and support to our Muslim neighbors heading into their Jummah prayers.

It was a beautiful, powerful moment of connection in the face of horrific violence. We celebrate that CBST and others have been doing this every week for the past two years — showing up in solidarity every Friday and making it clear that Jews and Muslims will never be divided.

In June 2018, 17-year-old Antwon Rose II was fatally shot by an East Pittsburgh police officer. He was unarmed.

This week, the trial for the officer who killed Rose began. Bend the Arc: Pittsburgh leaders woke up early to decorate the trees outside the courthouse with purple roses — to show support and love for the Rose family. They were inspired by the Jewish stars that non-Jewish Pittsburghers put up all over Squirrel Hill in November. 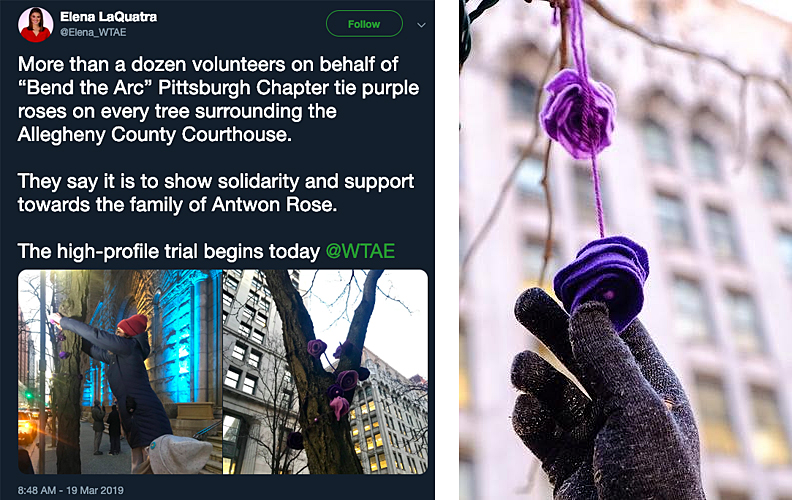 “The Purple Rose Project came out of our experience after the synagogue shooting when there was an outpouring of love and support for us, and we believe that Antwon Rose’s family and this community deserve the same.”
— Josh Friedman, Bend the Arc Pittsburgh leader 4


Purim: A Holiday to #DefundHate

This week, Jews around the world celebrated Purim, a holiday rooted in Jewish resistance to state oppression. Bend the Arc leaders across the country dedicated Purim to cutting funding for ICE and CBP, federal agencies that have gone rogue, separating families and keeping children in cages.

They talked about justice for immigrant communities, thanked him for his leadership in fighting antisemitism and white nationalism, and shared some hamantashen together.

“The sweet hamantashen we delivered to Jewish representatives, as well as the note to defeat hate, were reminders to show bravery similar to Esther and her Uncle Mordecai and stand up to hatred by defunding the enforcers of policies of hate: ICE and CBP.”
— Devora Kimelman-Block, Bend the Arc’s Maryland Moral Minyan leader

And across the country, hamentashen-bakers posted their cookies to social media in celebration of immigrant solidarity, tagging their members of Congress and asking them to #DefundHate.

The detention and deportation of immigrants, the spread of Islamophobia, and the killing of unarmed Black people are all a result of white supremacy and white nationalism.

They didn’t start with Trump, but he and his enablers in Congress have legitimized it in ways that are dangerous for all of us.

Our task in this moment as Jews is to resist white nationalism and to love and support one another.

If you made it this far down, we know how important this fight is to you too. We are grateful to be in this movement with you, and together we will win.