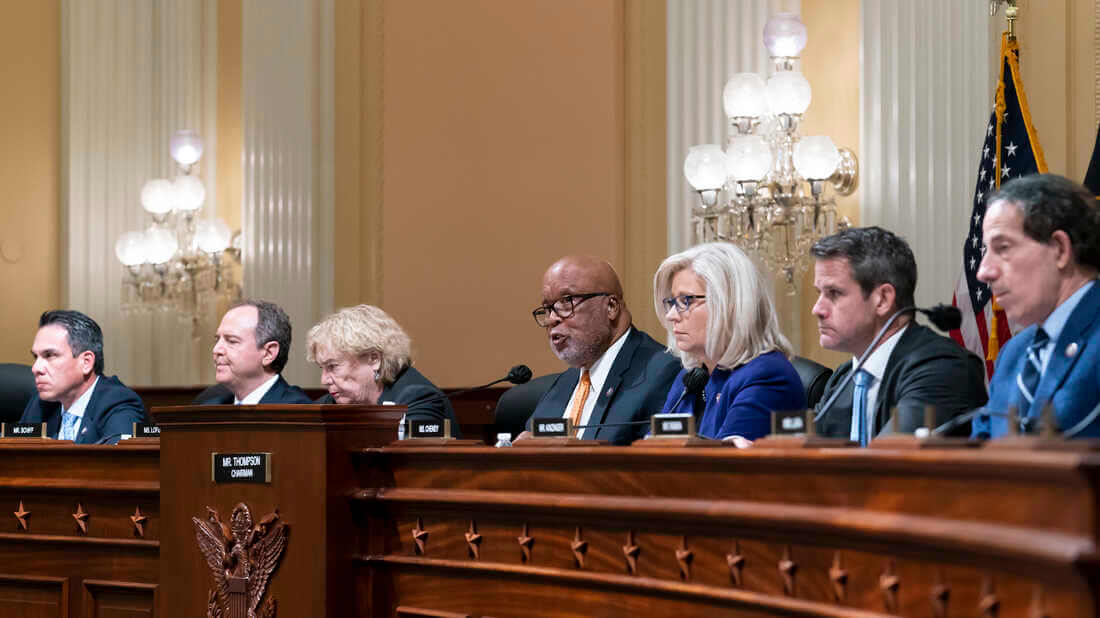 Next week marks the anniversary of one of the most shocking and dangerous attacks on our democracy — January 6.

Two years later, the white nationalists who led the insurrection in Trump’s name are still seeking to undermine our democracy.

At Bend the Arc, we have a plan to defeat the right-wing movement attacking our communities and trying to seize power for the few:

We fight for our shared future through solidarity, joining together across racial and religious differences to build the country we know is possible.

We can’t do this work without you. Invest in this fight with a gift of $18 to power our movement in the coming year.

Last Thursday, the Jan. 6 select committee released its final report, concluding that Trump was the “central cause” of what happened that day, and made four criminal referrals for Trump to the Justice Department.1

Our movements to resist Trump contributed to this moment. For more than 10 years, Bend the Arc has been leading the Jewish fight for justice — from the groundbreaking Obama years, through the relentless years of the Trump administration, to mobilizing for justice around the country in 2022.

With your support, we will continue to organize Jews and allies, educate elected officials about how to fight antisemitism and racism through solidarity, train the next generation of Jewish leaders, and win elections and meaningful policy change.

Give today: join us in the fight to make this a country where our multiracial Jewish family is safe and free, Black liberation is realized, and all people are thriving.

In solidarity,
The Bend the Arc team

1. The Hill, Raskin mocks Jan. 6 conspiracies: ‘This is not an Agatha Christie novel, we know exactly whodunnit’. December 24, 2022.