Trump is making good on his word to be ‘tougher’ on immigration.1 ICE is now detaining a record 52,000 immigrants2 — thousands higher than the already shameful number that Congress has previously approved. And on Monday another child died in Border Patrol custody in Texas, 16 year old Carlos Gregorio Hernandez Vasquez.3

The only way to end inhumane detention is to defund the agencies that carry it out.

#DefundHate is the demand we made at a multifaith action last week in Los Angeles at the offices of the private prison corporation that runs Adelanto, the deadliest immigration detention center in the United States.

Between now and September — when Congress votes on the budget — Bend the Arc will continue organizing Jewish communities and allies to cut the funding for Trump’s cruel agenda. Can you support this work?

Donate to help Bend the Arc fight alongside immigrant communities to defund detention in as many states as possible.

Your donation will help send leaders from Florida, California, New Mexico, New York, and beyond to the national Defund Hate convening this June in Washington, DC so they can bring back expertise to their communities.

Your donation will also fund more bold, strategic Jewish action, like on Mother’s Day, when Bend the Arc: South Florida leaders joined an immigrant-led rally at Homestead, the only for-profit children’s detention center.

I have hope because our volunteer leaders are stepping up and our organizing is working. When the Trump administration asked for an extra $4.5 billion in "emergency" funding, Bend the Arc quickly helped drive hundreds of calls with our partners and visits to congressional offices — ensuring that leading negotiators heard loud and clear that our community opposes any additional funds for anti-immigrant programs. 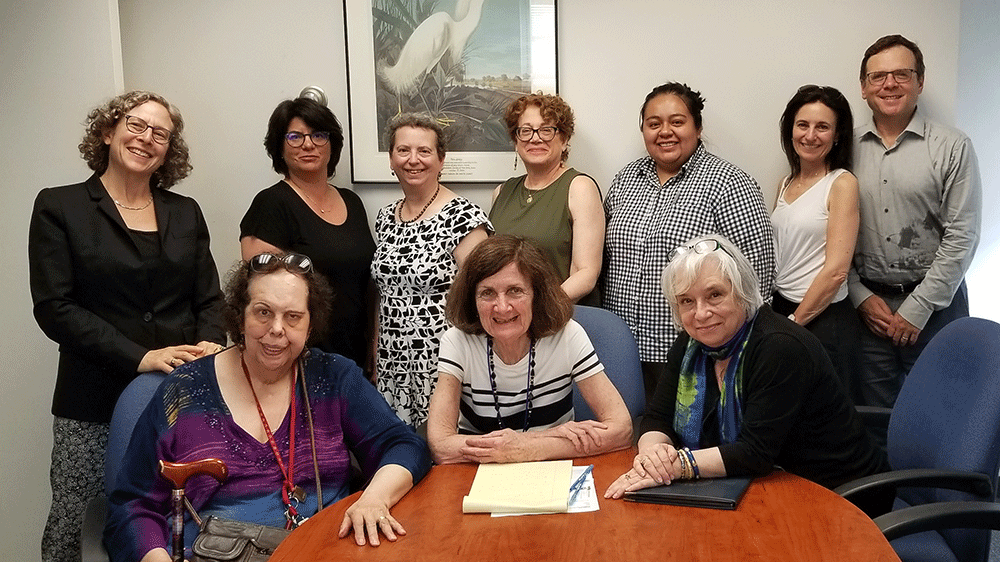 Next, we’ll continue meeting with Congressional staff in districts across the country to make sure members of Congress take concrete steps to #DefundHate — like these Bend the Arc: New York leaders at the office of Rep. Nita Lowey, one of the most significant players as Chairwoman of the House Appropriations committee (which has power of the purse).

Jewish families — past and present — know what it’s like to be scapegoated, forced to flee, detained, and enslaved. Migration and liberation are central to our story.

It’s why we dare to dream of an American future where immigrants are welcomed, and where all seeking safe harbor find dignity and justice. We hope you’re with us.

1. New York Magazine, "Trump Wants to Be ‘Tougher’ on Immigration. Here’s What That Could Mean."
2. Buzzfeed, "More Than 52,000 People Are Now Being Detained By ICE, An Apparent All-Time High."
3. NBC News, "16-year-old migrant boy dies in U.S. custody, 5th child to die since December."