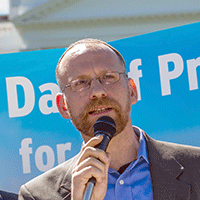 The news this week has made us sick to our stomachs — massive immigrant detention camps, the Supreme Court’s Muslim Ban and JANUS decisions, Justice Anthony Kennedy retiring from the Supreme Court, and more.

The Trump administration wants us to feel overwhelmed and paralyzed, to look away, to give up. But we were made for this moment. Our history has prepared us to rise with strength, solidarity, and visionary opposition.

This weekend, join us to resist in the streets at Families Belong Together rallies in over 700 cities across the country.

In this moment we need to stay inspired, and we need to lift each other up. Here’s how you’ve been doing that with Bend the Arc in just the last seven days: 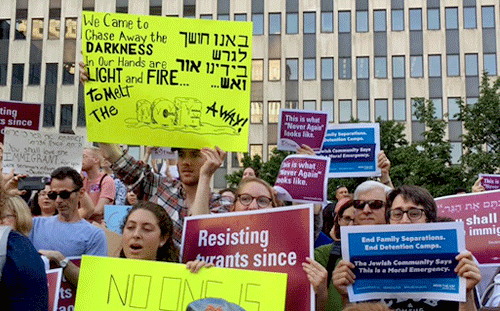 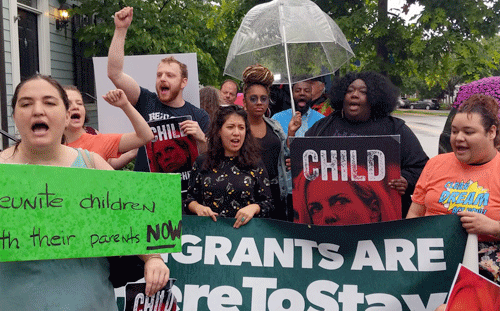 Sunday, June 24: Bend the Arc volunteers knocked over 1,000 doors on the first national day of canvassing for our Interrupt Trump 2018 campaign to replace Members of Congress who enable Trump’s immoral, authoritarian agenda.

Monday, June 25: Our CEO Stosh Cotler and fellow activists returned to LaGuardia airport for the second time to bear witness and offer love to more separated children flown in the dead of night from Texas to New York City. 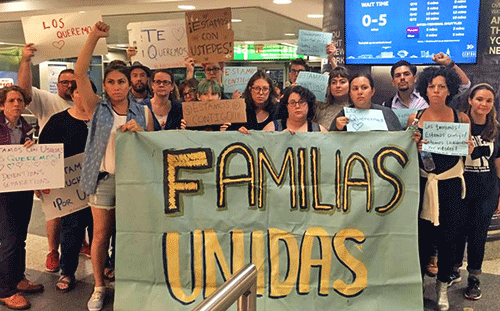 Olam chesed yibaneh — we will build this world with love. We sang this song on the floor of the Senate Building in January when 82 rabbis and Jewish community leaders were arrested protesting for permanent protections for dreamers.

Our continued resistance is critical in building public pressure. This week a federal judge in San Diego ordered that the Trump administration stop separating families at the border and return all immigrant children to their parents within 30 days.1 This is a major step towards relief, but we must keep making our voices heard.

Let’s keep it up, friends. See you in the streets on Saturday for the Families Belong Together rallies taking place everywhere.

You can help bring the message that this is a moral emergency by downloading the sign. 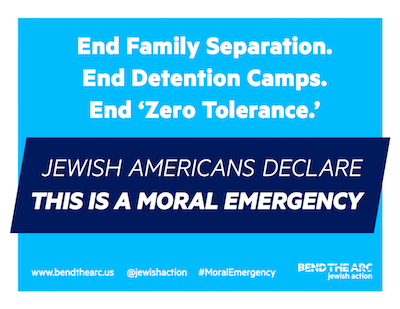 P.S. We recognize that these events are taking place over Shabbat. At Bend the Arc, we have an organizational practice of honoring Shabbat, but we occasionally do invite people to important events like this one. We invite you to participate if it’s within your Shabbat practice. Many Bend the Arc supporters will out wearing tallit and kippot saying the morning prayers, and we welcome those of you who feel able to join us in this expression of community.